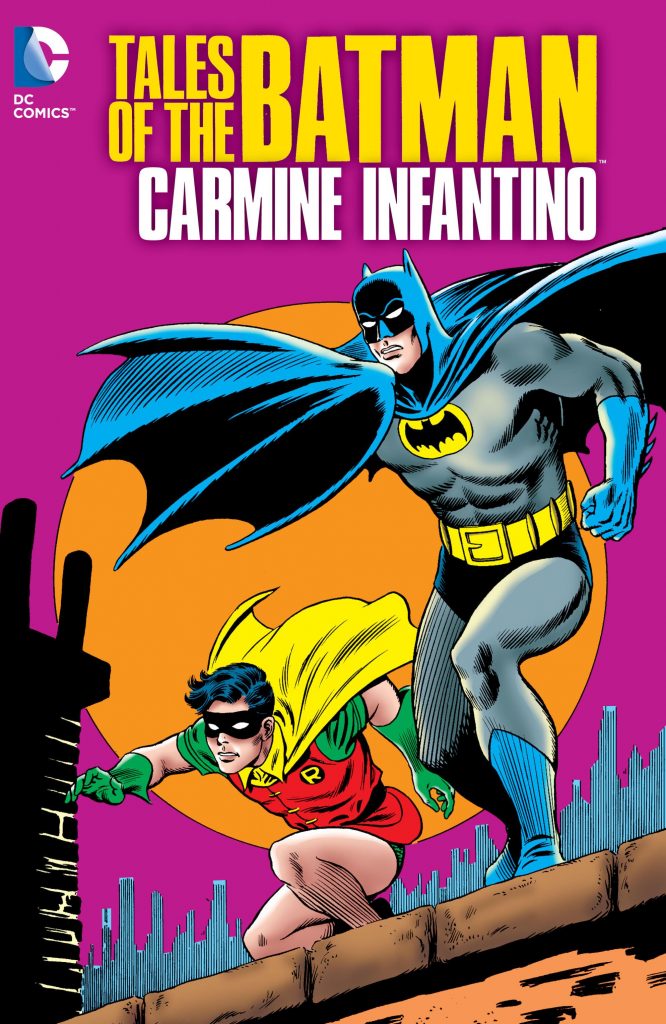 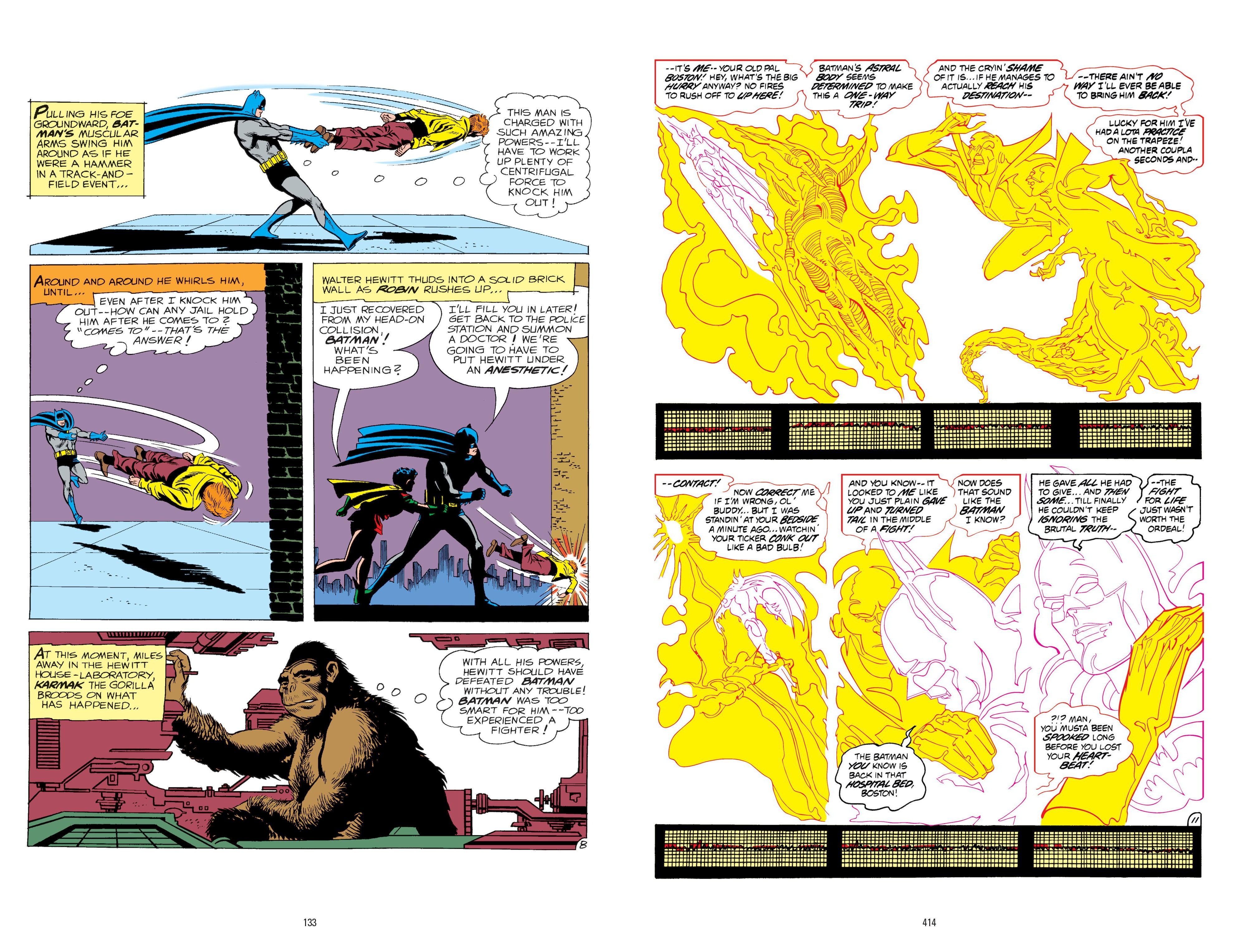 When DC decided in 1964 that Batman needed a change of emphasis, the primary artist they chose to visualise the new look was Carmine Infantino. His draftsmanship had a very contemporary look, honed over a decade on The Flash, for whom he created an instantly recognisable almost futuristic environment, paying attention to architecture and fashion. The issue prior to John Broome and Infantino taking over Detective Comics had presented Batman and Robin as captives in an alien zoo. Broome and Infantino jettisoned such fancies and implanted the characters back in detective themed stories. It’s a shame this collection has no contextualising information explaining this, as while fresh and innovative in its day, almost all this material has now dated, if nowhere near as badly as what preceded it.

The scripts for much of the book are the 1960s material, written by Broome and Gardner Fox, for whom any characterisation beyond the most basic wasn’t a requirement. Their plots are puzzle and mystery based, set in exotic locations such as old castles or the African veldt that offer potential for plenty of surprises, and featuring crooks with gimmicks, but apart from the Joker, noticeably without costumes throughout 1964 and 1965. The solutions to the mysteries are often contrived, not quite at the level of the Batman TV show that followed the earliest of these stories, but sometimes requiring a leap of credibility.

Over fifty years later Infantino’s art still has an incredible clarity about it, his storytelling first rate, yet still experimental, sometimes using vertical panels, and transporting the futuristic look he designed for the Flash’s Central City to Gotham. He draws a great purple suit era Joker (and a good Charlie Chaplin and Harpo Marx in the same story), and his covers for stories he didn’t draw really grab the attention. You’ll want to know about the crook who was always a step ahead of Batman. Crucially, as the Batman TV show took off, Infantino was able to amend his style, to become more bombastic. In his 1967 work Batman is more likely to be seen in close-up bursting from a panel, instead of a full figure contained within, and the expressions are more exaggerated. There’s more action, sound effects and shadows, yet the scripts never tip into the parody of the TV show, as much as anything because there’s a suspicion that Fox, now the main author, couldn’t write such material successfully.

When Infantino returns to Batman strips in 1981, his art is far more stylised. There’s a jagged compression to his figures, and an excellent Cary Bates story working on two levels gives him the chance to experiment. Bates sets a great problem of Batman being near death, and while we know Batman’s not going to die, the script is good enough to induce that small element of doubt.

Were it not for the costume, the Batman presented here would be unrecognisable as the 21st century character. He’s cheerful, optimistic, functions during daylight and stumbles into team-ups with other DC heroes for the remainder of the book. There are interesting moments in Don Kraar’s often wordy teaming with Riddler, not sustained until the end, but little to recommend the remainder. Infantino’s style has evolved again by 2004 and a Geoff Johns script in keeping with the general mystery theme.

It’s Infantino’s name heading this collection, and over 500 pages of smart and stylish storytelling explain why, but start reading and most of the content is of its era, with only the Bates piece standing out.