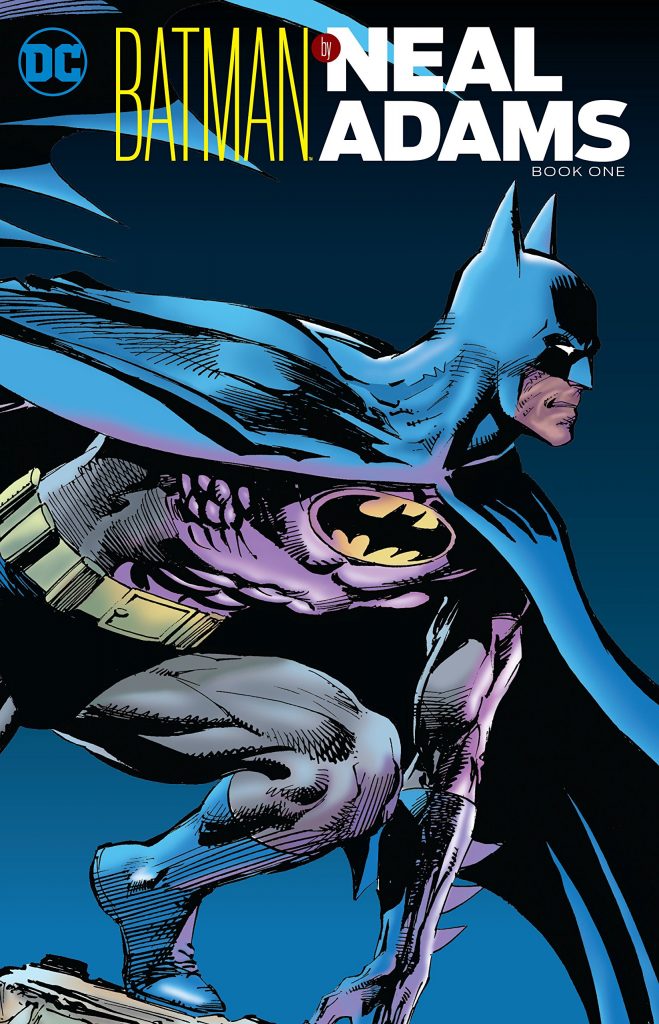 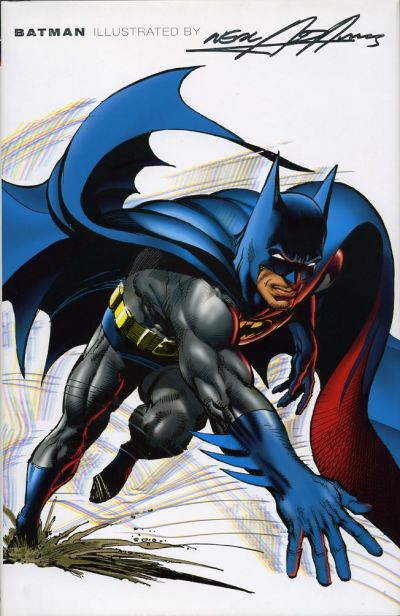 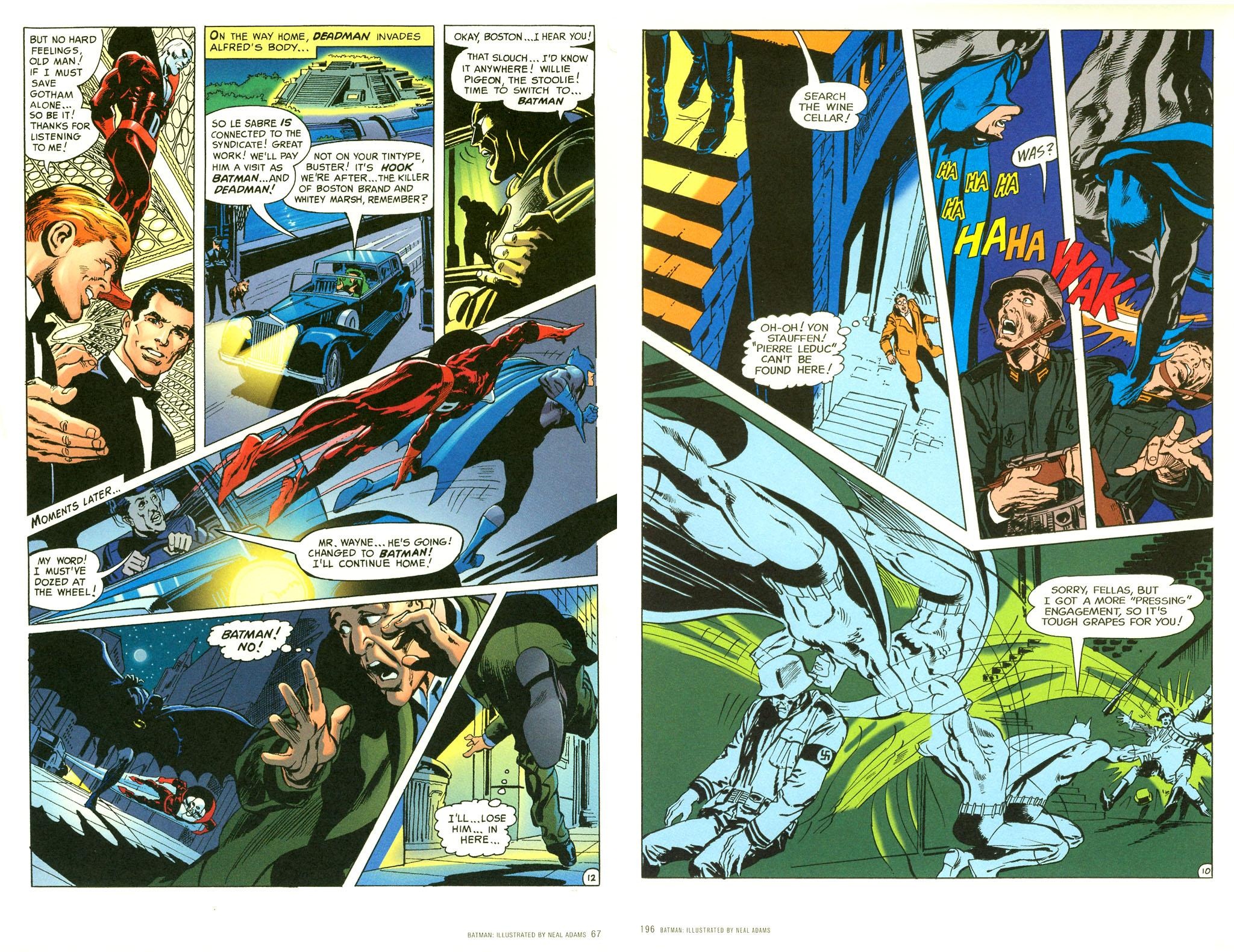 Thousands of creators have illustrated Batman stories, yet in terms of fundamental importance the list can be distilled to three artists. Bob Kane created Batman in 1939, and in 1985 Frank Miller produced The Dark Knight Returns. Between them came Neal Adams.

In 1968 Batman was one of the few superheroes whose popularity extended beyond comic readers as the third and final series of his phenomenally successful TV show aired. Its depiction of Batman with a knowing wink as an ultra-earnest crime fighter bordered on ridicule, but wasn’t far removed from the Batman comics of the early 1960s, and while a more realistic tone had been adopted from 1965, it took the graphic realism of Adams’ art to kickstart the relaunch. However, as DC’s collections present his Batman comics in order of publication, this opening volume’s content isn’t the work for which he’s best remembered. Don’t be put off, because there’s still some phenomenal art here, displaying exactly why DC would promote Adams to draw the core Batman titles.

When he arrived at DC in 1968 Adams had already drawn a successful syndicated newspaper strip based on the Ben Casey TV show, but that experience didn’t transfer instantly to comics. His first work features the uniting of the Superman Revenge Squad and the Batman Revenge Squad, which tells you all you need to know. It’s not Cary Bates’ finest moment, nor Adams’. His solid figurework is there, and for the time Adams is trying something different with the viewpoints adopted for his panels, but those panels are crowded, partly to accommodate the word count. A second teaming of Batman with Superman already shows improvement, with Bates supplying an improved plot and fewer words, while Adams creates great aliens.

In addition to plenty of cover reproductions, the remainder is stories Adams produced with Bob Haney, teaming Batman with other characters. There’s a real leap in Adams’ approach between his final Superman/Batman teaming and the first of Haney’s stories, with the look providing greater excitement. The page layouts are far more dynamic, with panel borders slashed diagonally to great effect, and the storytelling more fluid. The Batman he draws in these stories is far more athletic than the character of the earlier strips, with a gymnast’s agility and a fighter’s stance. The latter is important, as Haney’s scripts require Batman to punch a lot of people from a close distance.

Haney’s writing wasn’t always appreciated by fans requiring adherence to continuity, but his stories are tightly constructed, with a strong emotional core and their own internal consistency. Each resembles taut TV crime drama, but a collection shows how often Haney fell back on the same ideas. Pretty well any wealthy businessman introduced other than Bruce Wayne is a rat, for instance, although in Haney’s defence, it’s tricky to produce crime drama with a range of suspects in just twenty comic pages. He’s far more creative when it comes to Batman meeting the team-up of the month and adding variety to the stories. His pairings are far from obvious also. The Creeper, Deadman and Sgt Rock? Not everything works, but when Haney hits his stride on a World War II tale or the story of an invulnerable rabble rouser, the results are very good, and the art is superb.

It’s the second volume that starts the Batman stories without team-ups, and all three of this series have been collected as Batman by Neal Adams Omnibus. , and were previously available as hardcovers titled Batman Illustrated by Neal Adams. Most of the Haney/Adams stories are in Showcase Presents The Brave and the Bold Team-Ups. 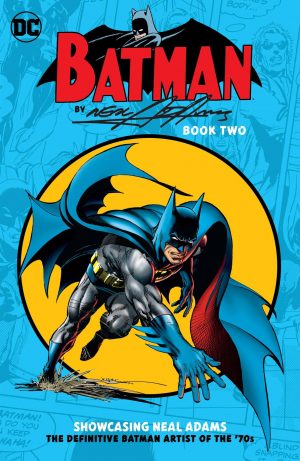 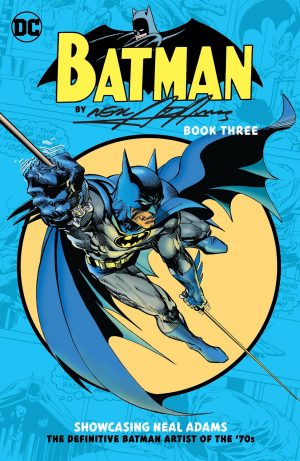