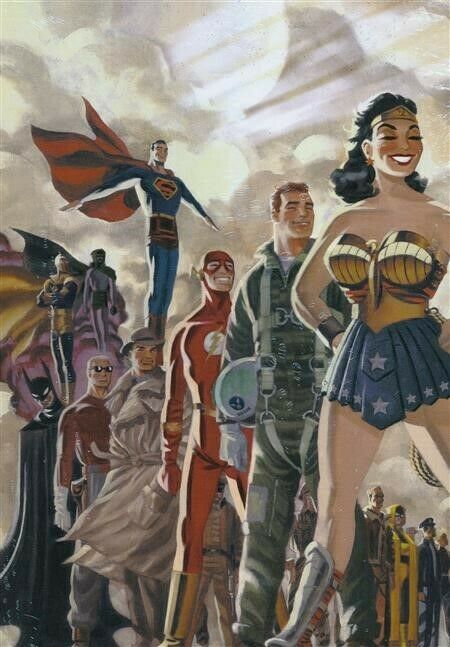 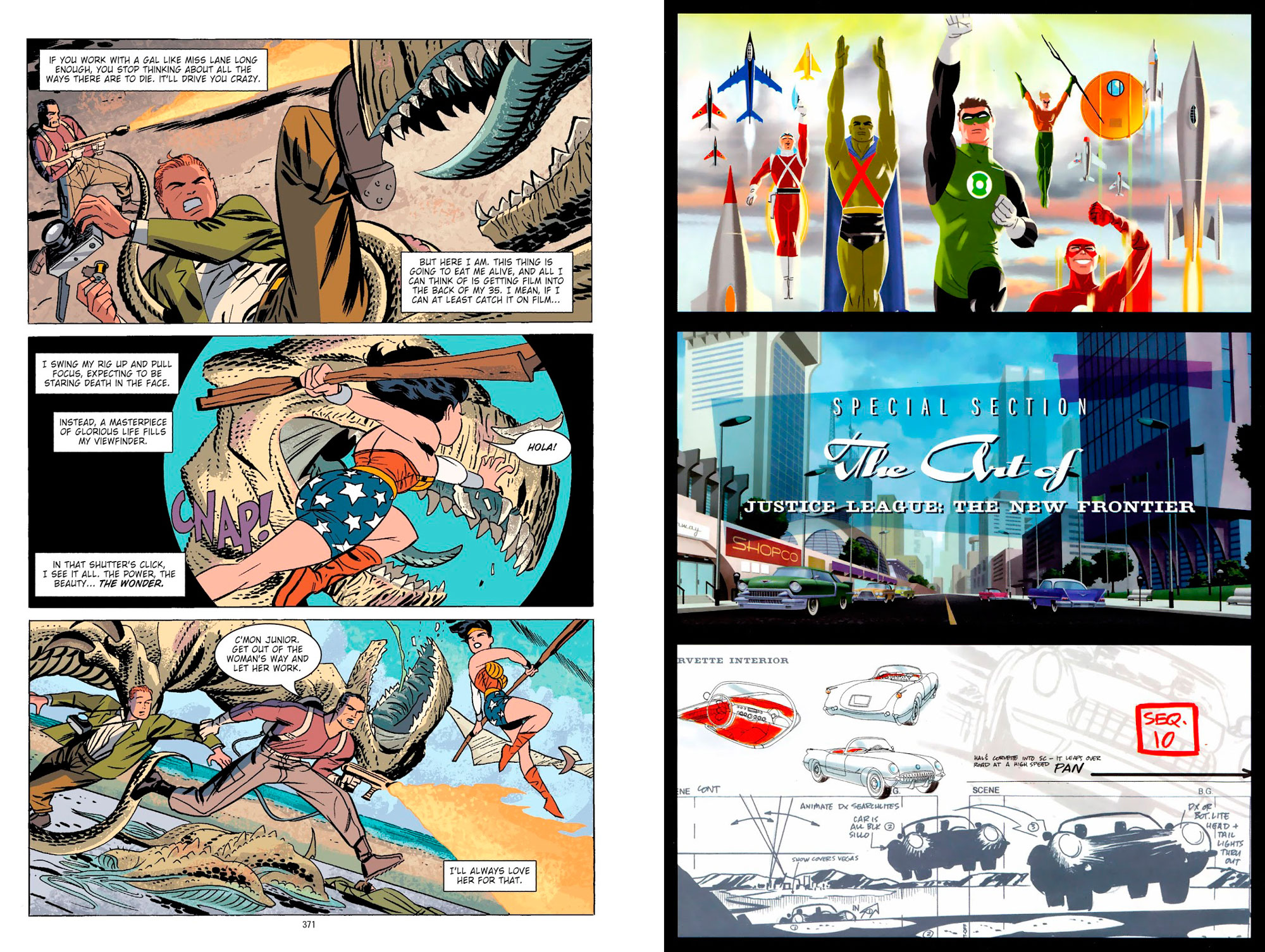 At the time of his heartbreakingly early death from cancer in 2016, Darwyn Cooke was best known for his crime comics taking place in the 1950s and 1960s, beginning with Selina’s Big Score, his Catwoman revamp, and ending with his award-winning adaptations of Richard Stark’s Parker series. However,  Cooke’s interest in the mid-20th century period as a setting for adventure arguably found its purest expression in The New Frontier, his series revisiting and revising the phase of DC Comics history where the Golden Age turned into the Silver Age. Superman, Batman and Wonder Woman are joined by new heroes The Flash, Green Lantern and The Martian Manhunter among others, coming together to form the Justice League against a backdrop of post-war paranoia, nuclear threat, racial injustice, alien invasions and other fraught issues.

The New Frontier was a critical success and after being reprinted in a two-volume paperback collection in 2005, it was reissued in the Absolute DC oversized format, including additional story pages, a sketchbook, background designs, notes and annotations in 2006. The New Frontier Animated Special followed direct to video two years later and Cooke created three new stories to accompany this event. Cooke writes all three and draws the first of them; the second is drawn by David Bullock, who worked on the animated New Frontier film and the last is drawn by Cooke’s frequent collaborator J. Bone. In 2015 DC: The New Frontier Deluxe Edition was published, a hardcover volume including that extra one-shot.

This meant that the Absolute New Frontier no longer lived up to that title. It had been out of print for years, so DC Comics took the opportunity to update and reissue it in 2019 as a 15th Anniversary Edition. This oversized, hardcover 528-page collection features the same content as the Deluxe Edition including the extra story pages added for the first Absolute edition; annotations, sketchbook and behind-the-scenes design work; the 2008 material, including sample storyboards for the animated movie and photos and drawings for the New Frontier action figures. It also adds one more previously uncollected item: the King Faraday story seen in Cooke’s issue of Solo, making this Absolute Edition once again the definitive version of this series.

The slipcase for this volume features on the front and back the unlettered oil-painted artwork produced for the two paperback volumes. The cover of the book itself is the same as the 2006 Absolute edition. Anyone wanting to experience Darwyn Cooke’s landmark series in the best and most complete presentation possible need look no further. It’s all here, it all looks great, it’s sixty pages more, but also cheaper than the previous Absolute Edition too.