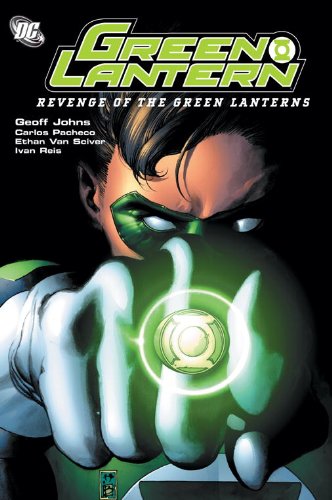 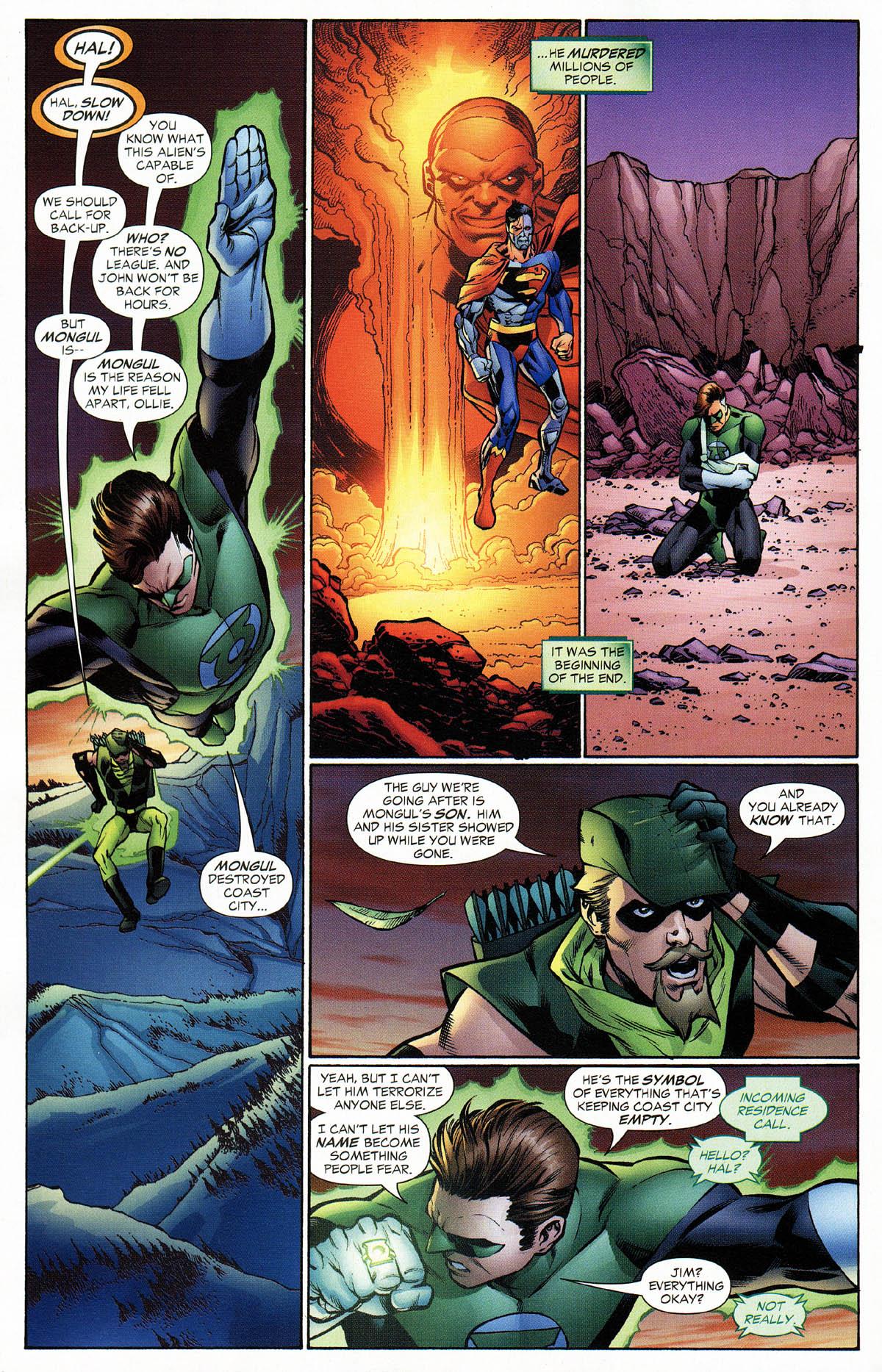 He started off by plaguing Superman, but if there’s one enemy Hal Jordan despises more than any other it’s the galactic tyrant Mongul, who obliterated Jordan’s home town Coast City, murdering millions. Since taking the reins of Green Lantern Geoff Johns has established the area as integral to his plots, showing the city being rebuilt, and a reluctance for new inhabitants to colonise it. Mongul eventually perished, but rather than his plot depending on a spurious resurrection, Johns takes the more plausible route of his equally brutal son considering it a matter of honour to avenge his father. And so conflicts are perpetuated.

There is some miscommunication in the opening chapter as Mongul is given normal human fleshtones when a significant point of the plot is that his skin should be yellow, against which the Green Lantern rings are no longer powerless. That’s minor, though, compared to what’s set up. Mongul has previously been established using alien plants that latch onto humans feeding on them while supplying appealing mental fantasies. These constitute the next chapter, with Johns skilfully weaving in variations on story elements he’s previously established. There follows a super awkward teaming with Batman to deal with a new version of an old GL enemy Tattooed Man before we arrive at the title portion of the book.

For this the continuity jumps forward a year into a new complicated world where several major nations are party to a treaty prohibiting any intrusions by American superheroes. It’s a treaty Hal Jordan has broken several times. He’s also concerned that a considerable number of other Green Lanterns don’t believe he was possessed by an evil entity when he decimated the Corps (see Rebirth). Attempting to make amends, he discovers an alliance between an old foe and even older foes of the Guardians of the Universe.

What for much of the time appears to be straightforward and not particularly inspired when compared with Johns’ earlier work suddenly opens out. Amid the plot a posse of new characters are introduced, and several previously considered dead returned in credible fashion.

It’s Ivan Reis who illustrates the title story, and while he’s technically good, his pages are also very cluttered when compared with those of Carlos Pacheco earlier and on the previous No Fear, and even Ethan Van Sciver on the Batman chapter, who loves his detail. The way Johns is writing a lot of characters are used, but they don’t all need to be in every panel, and at times Reis’ layouts fight against the script rather than let it flow.