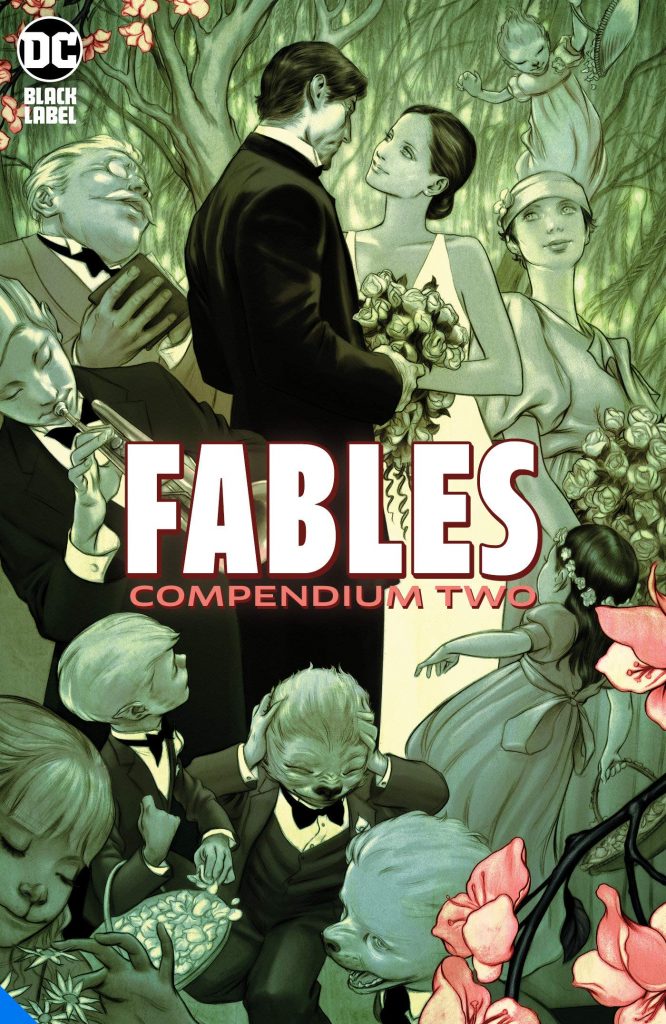 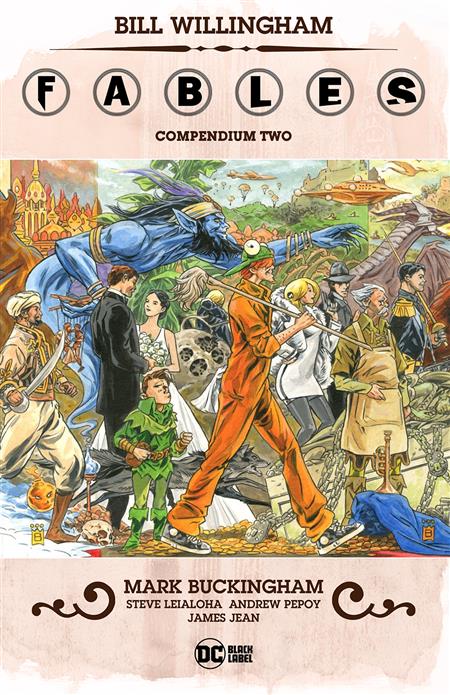 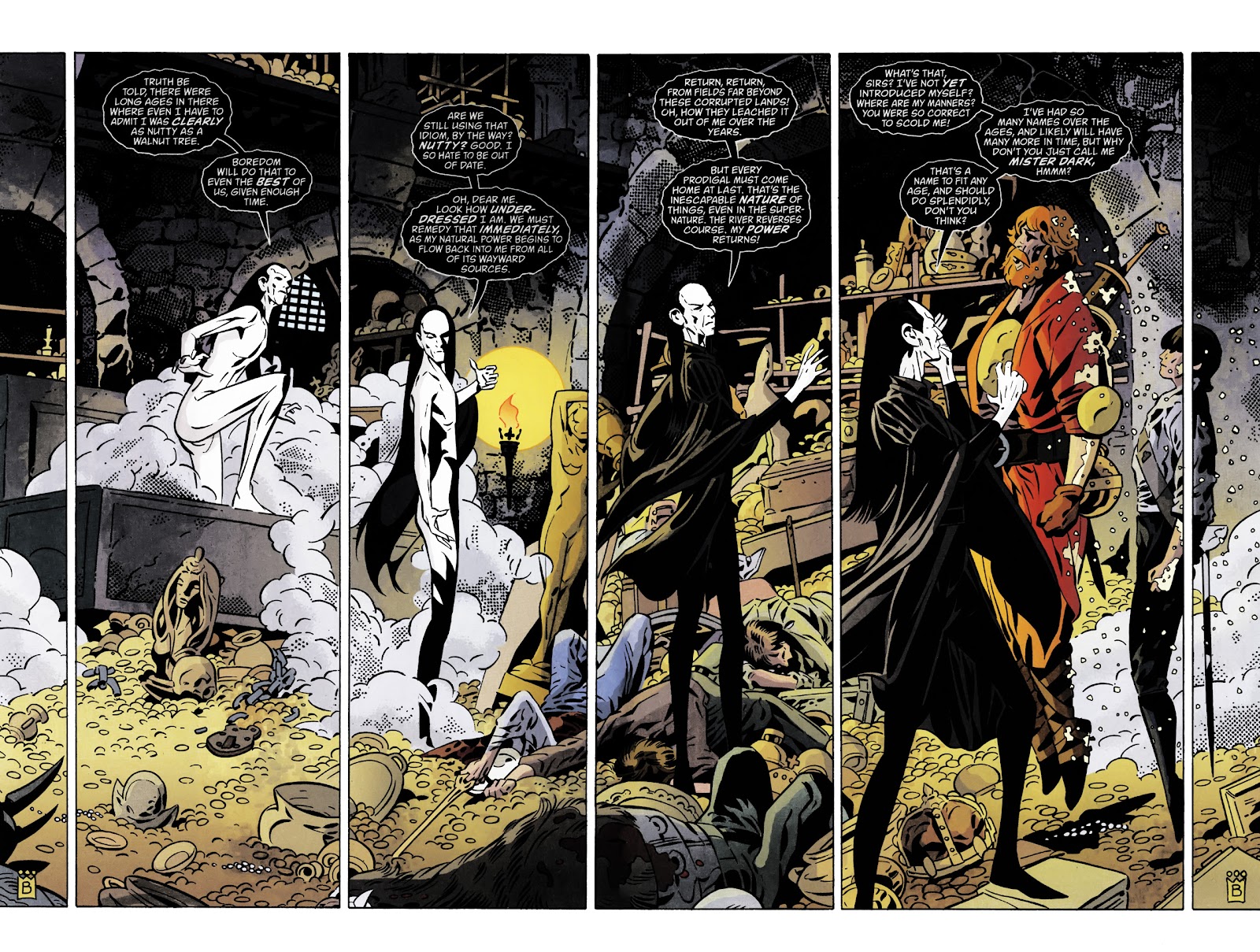 This second massive Fables Compendium gathers what was first printed in paperback as Arabian Nights (and Days), Wolves, Sons of Empire, The Good Prince, War and Pieces and The Dark Ages. It’s also spread across Fables: The Deluxe Edition Book Six, Seven, Eight and Nine. Whereas the first Fables Compendium is very good, it also stutters a little in places, while this is all solid gold.

The basis of Fables, is that the characters from fairy tales exist, except they’re refugees from their magical lands. Those that can pass for human live in a magically concealed area of Manhattan, while those unable to maintain a human guise are consigned to a farm in New York State. They’ve been on Earth for a while, but their ultimate aim is to return to their own lands, which means defeating the Adversary, whose surprising identity was revealed near the end of the previous Compendium, and that knowledge is a powerful tool.

Bill Willingham’s structure is to continually advance the main objective in the company of artist Mark Buckingham, but the formula and exceptionally broad cast permits diversions ensuring Buckingham’s gloriously decorative art is there in the places that count. While not always matching Buckingham’s clarity, most fill-in artists are very good, and importantly Willingham never makes these stories feel as if they’re only deadline-beating fillers. They all have character notes or plot elements that feed into the main story.

That main story is great, encompassing pretty well every emotional reaction from euphoria to tragedy, via nobility and sacrifice. Willingham continues to introduce new characters, some fascinating, some malign, some both. An example of the latter would be Hansel. His love of witch burning is a logical extension of his childhood experiences in the fairy tale, yet such was his sadistic zealotry during the middle ages it led to his exile from the Fable community. A few centuries away hasn’t made him any less conniving or any more pleasant. An altogether more pleasing introduction is Mowgli, Willingham’s version of Tarzan. However, these are people best discovered during the pleasure of reading. Willingham’s plots are conceptually dense and page-turning.

By the end of this volume one major objective has been achieved, but at considerable cost, and the final chapters set up the threat that occupies much of Fables Compendium Three, seen on Buckingham’s sample spread. Any volume of Fables in any format is thrilling entertainment, sometimes punch the air joyful, sometimes tear-droppingly sad, but always masterfully written and drawn. 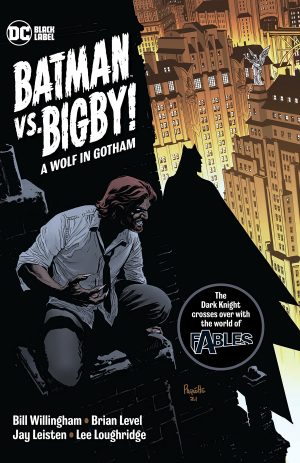 Batman vs. Bigby: A Wolf in Gotham

Batman vs. Bigby: A Wolf in Gotham