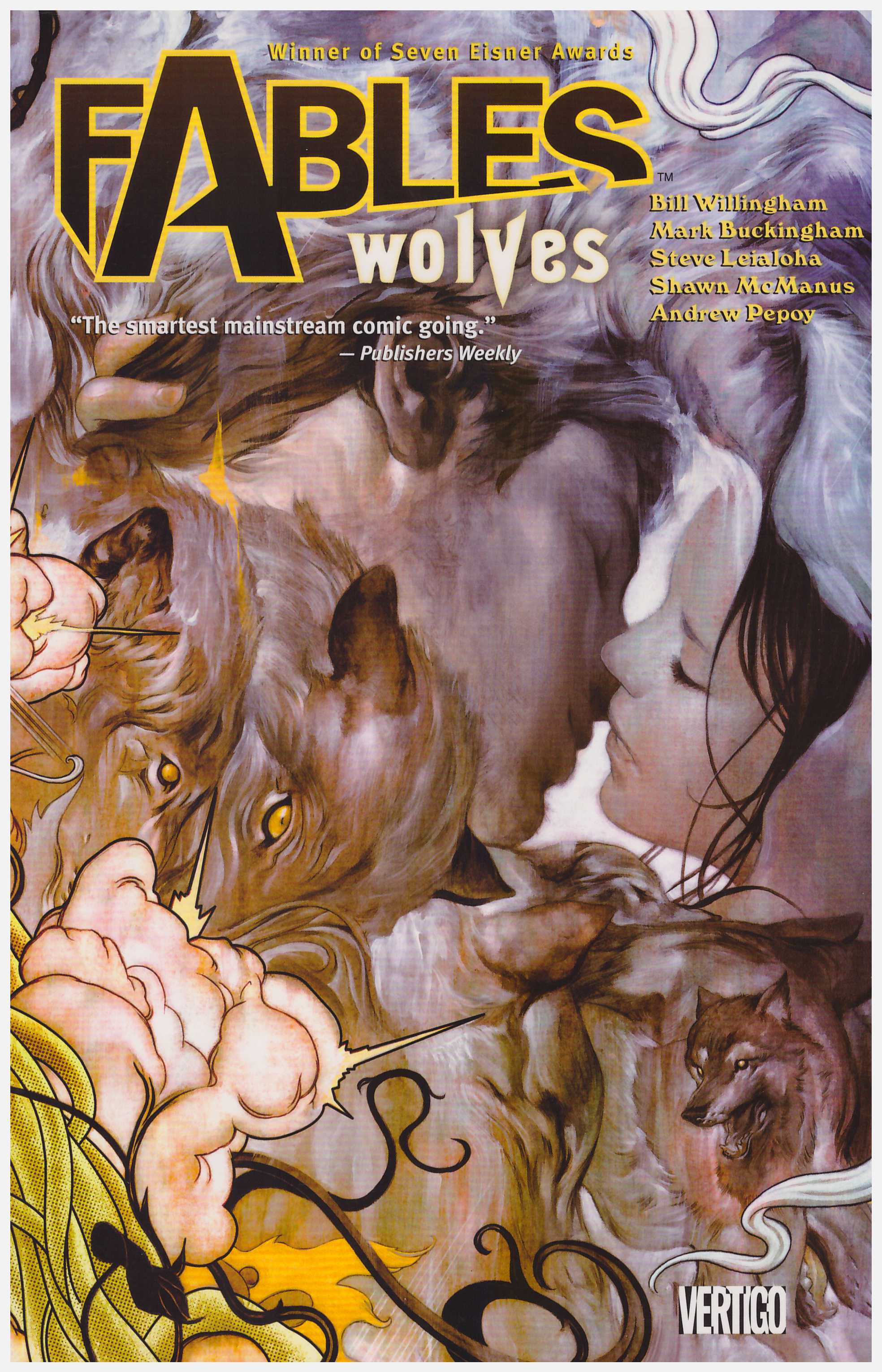 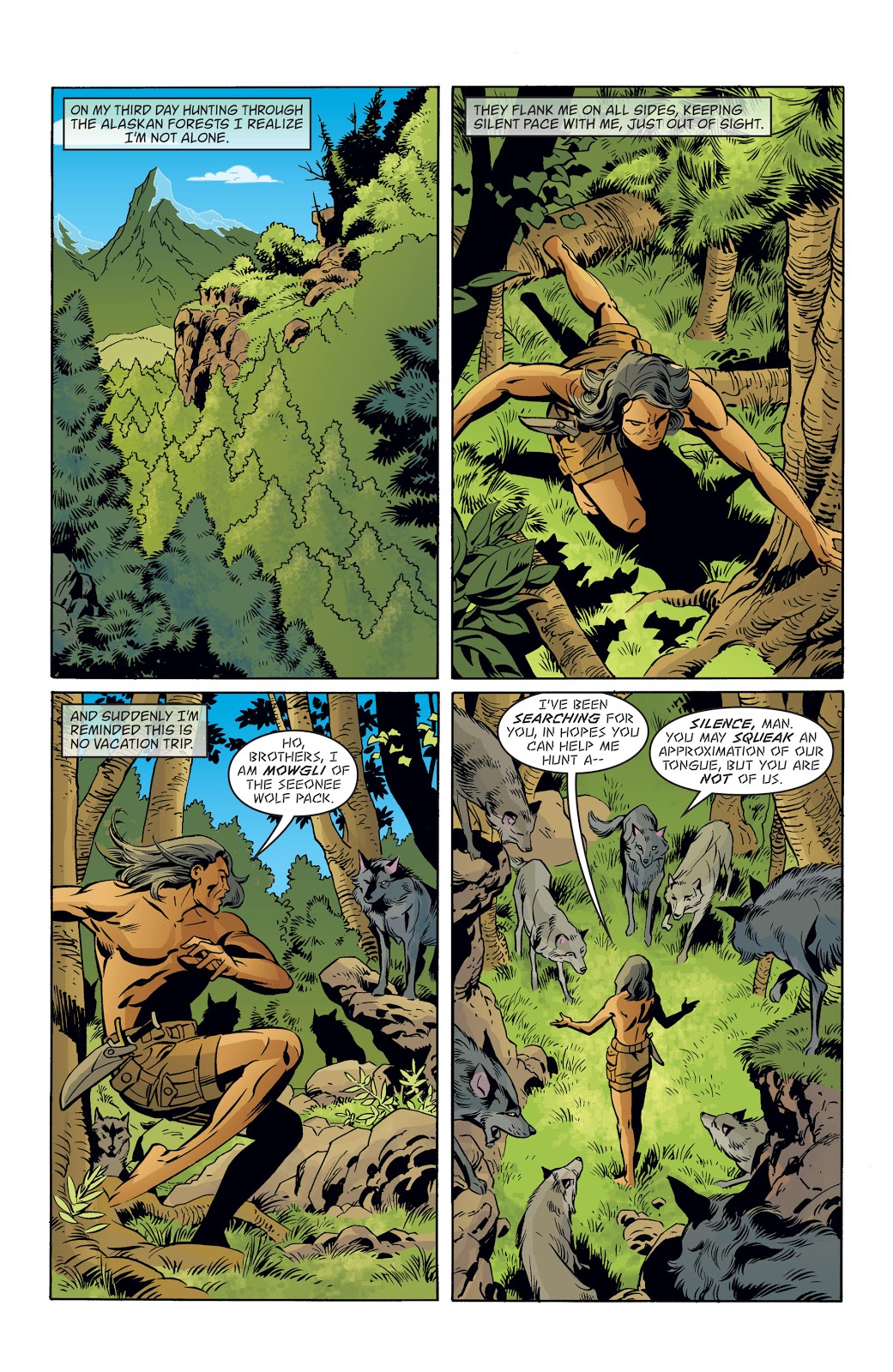 With this volume both Bigby and Snow White return as characters central to Fables, but first there’s the matter of tracing Bigby when he doesn’t want to be located, a task entrusted to Mowgli. Artist Mark Buckingham notes in the Fables Encyclopedia that he was looking at a lot of Jack Kirby art at the time, which channelled into his portrayal of Mowgli. Colour his hair blonde and he could be Kamandi in places, but such is Buckingham’s mastery of his craft that this never subsumes his own natural style, and it’s only really apparent when pointed out.

Buckingham, as usual sympathetically inked by Steve Leialoha, had to be on the top of his game for this volume. A small run through of locales he needed to depict includes a remote area of Russia inhabited by wolves, Alaskan tundra, Jack’s beanstalk, a giant’s castle, the Fables farm, the Adversary’s abode, and a fairytale wedding. At no point does he fail to convince.

For his part Bill Willingham delivers a page-turning plot with a mission for Bigby once he’s back in New York. It’s audacious, thrilling and effective, and makes good use of Jack’s beanstalk as a backdoor method of entering the Homelands. Bigby’s to deliver an accord, noting that Fabletown wishes to be left in peace, and for every breach of this wish there will be a more destructive retaliation. This is explained by referencing Israel’s situation in the real world, which provides an apt metaphor if other aspects of their government’s policy are overlooked. There’s a pointed retaliation for events of volume four, and a temporary happy ending for all.

There’s also a quixotic giants and beanstalk coda drawn by Shawn McManus involving Cinderella on a very unsavoury mission indeed as she attempts to conclude a treaty between Fabletown and the Cloud Lands.

For those interested in seeing Willingham’s original script for much of the issue, there’s 28 pages of close type concluding the book. The next volume is Sons of Empire, but the standalone 1001 Nights of Snowfall was released beforehand. Wolves is also reprinted in oversize hardbound format on glossy stock as part of Fables Deluxe Edition volume six.