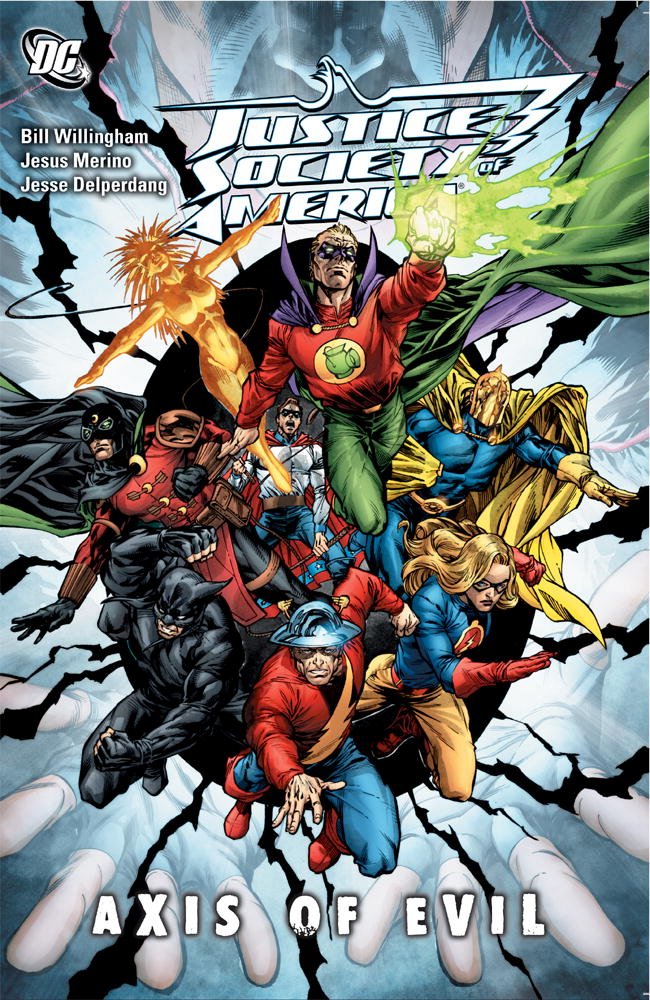 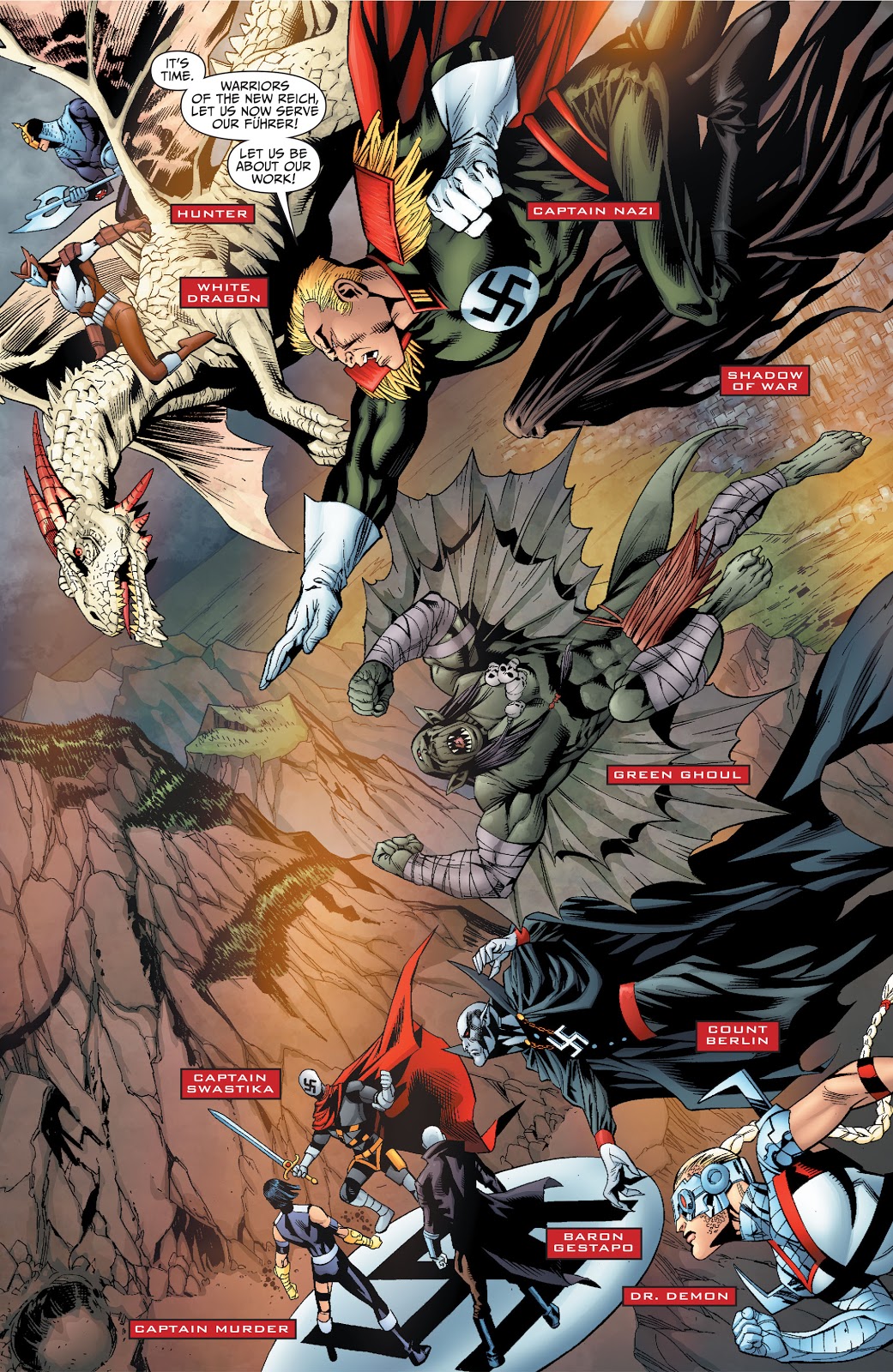 To conclude events in Bad Seed, the co-writers split the Justice Society and split their writing duties. Bill Willingham writes Axis of Evil solo, and two stories form a far better graphic novel than its predecessor. The niggling lapses of logic are absent, and he follows up well on aspects of that previous graphic novel, a fondness for Kid Karnevil being an example.

A new and inexperienced Doctor Fate was introduced in the previous collection, and there’s a novel use of him in a concise two-parter before we reach the longer story. It’s a clever return of a powerful foe from when the series was JSA, not permitted to overstay their welcome and enabling Willingham to run through a succession of superhero traps in alternate worlds. It’s a fitting prelude to a main event focusing on another alternate world, this one set in the Justice Society’s future.

It’s chilling from the opening line of “twenty years later…”. Michael Holt, Mr Terrific, is imprisoned and recalls in hindsight how a collection of Nazi themed super villains defeated the Justice Society. The Nazis are motley bunch, merging existing DC villains with others deliberately created by Willingham to occupy the ground a millimetre short of satire, prone to outbursts such as “I will kill you, mongrel dog”. The story works well, however, because Willingham supplies a greater depth, explaining the seductive ideology, coming up with a good reason the heroes’ powers no longer function and switching the tone with each chapter. The basis of the plot is similar to JSA: Stealing Thunder, where one desperate hero attempts to reassert reality and the cast extends beyond the Justice Society.

Jesús Merino is more impressive than on the previous book, primarily because the title story enables him to apply his design skills to a greater degree. Not only does he come up with the daft Nazi villains, but he creates a suitably forbidding Nazi themed world of the future along with its iconography and technology. Some of the figures, though, are downright sloppy. Travis Moore on the opening story is efficient without being startling.

‘Fatherland’ is clever throughout, making good use of assorted superheroes’ abilities, tying in neatly with what was established in the previous book, and with the space for a good series of epilogues in a wrap-up chapter. Here Willingham addresses matters other writers wouldn’t bother with, and it’s a very satisfying way of concluding his brief control of the Justice Society on a high note. This collection ends with a cliffhanger, though, as Willingham sets up the work of other creators, followed up in Justice League of America: The Dark Things.