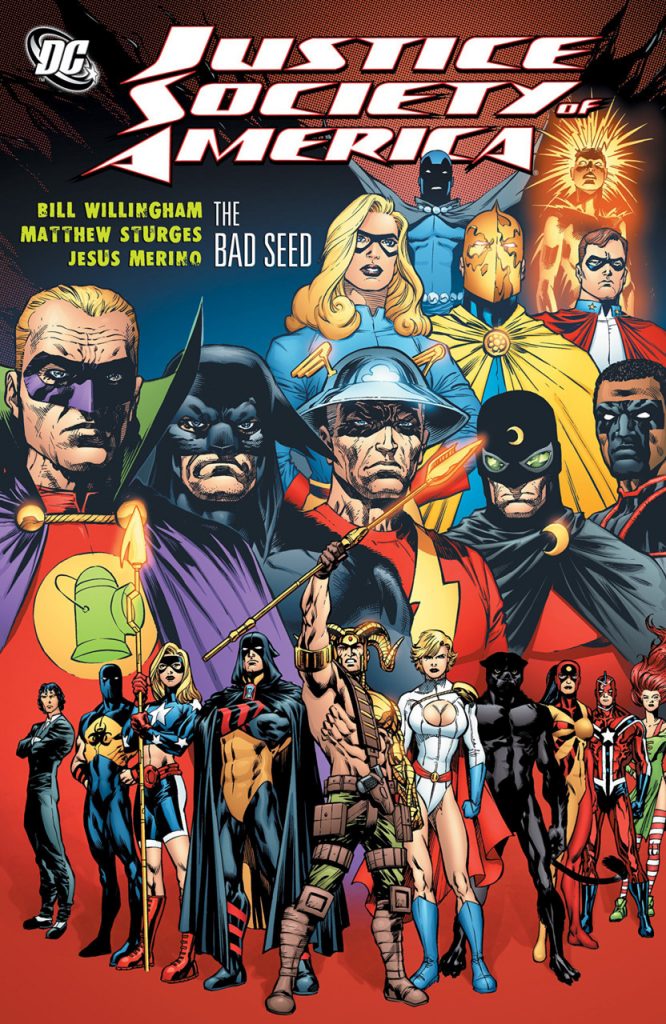 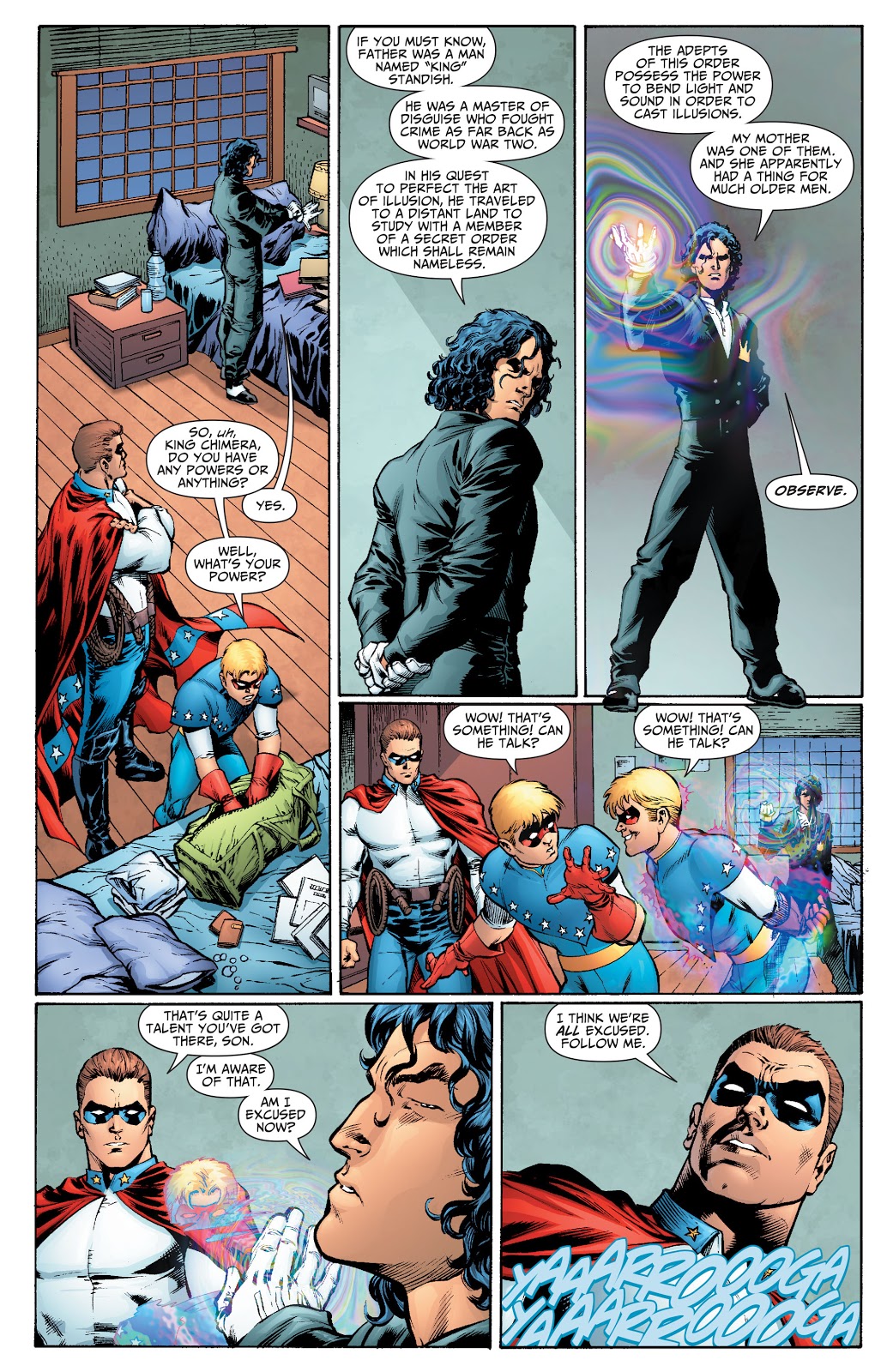 Bad Seed introduces a puzzle and a deft piece of characterisation. The latter is cocky teenage All-American Kid, who’s turned up at Justice Society headquarters having trained to live up to his relative’s legacy as Mr. America, to be introduced to surly fellow newcomer King Chimera. The puzzle is the appearance of a super dense black egg. Both plots intrigue and comprise the better aspects of Bad Seed. From there co-writers Bill Willingham and Matthew Sturges drop the entirety of the JSA into a battle with an army of super villains and we encounter plot hole number one. It begins with a hostage situation that has a clever solution, yet somehow the fastest man alive didn’t notice a few dozen hidden super villains as he zipped around rescuing the hostages. A couple more lapses of logic follow, suggesting Sturges had more to do with the writing than Willingham, who’s usually more thorough. Further evidence is suggested by an artificial schism between JSA members, with the expectation being that we see this as an insurmountable problem, when it’s just contrived by turning one member into a complete knobhead. “You can’t have both a happy little social club and a highly trained and effective special combat unit” about distils the armoured Magog’s view of the Justice Society, and to exaggerate the melodrama he chooses the most stressful time to air that opinion.

Jesús Merino’s art tells the story well enough, if sometimes melodramatically, good at laying out the action scenes, and supplying iconic illustrations of several team members. His version of Power Girl is one accentuating enormous breasts, and while he’s hardly the first artist to take that approach, was it really still viable amid the social attitudes of the early 21st century?

The less logical and contrived aspects of Bad Seed are frustrating, because the stories of newcomers All-American Kid and King Chimera are compelling. As unknown characters there’s no knowing where the truth lies, and the eventual pay-off is excellent. There’s also good use of a new Doctor Fate. It does mean the problem of the egg isn’t resolved, and that’s dealt with as one of the two stories in the following Axis of Evil. Alternatively, one plot that’s run all the way through leads into JSA All-Stars: Glory Days.