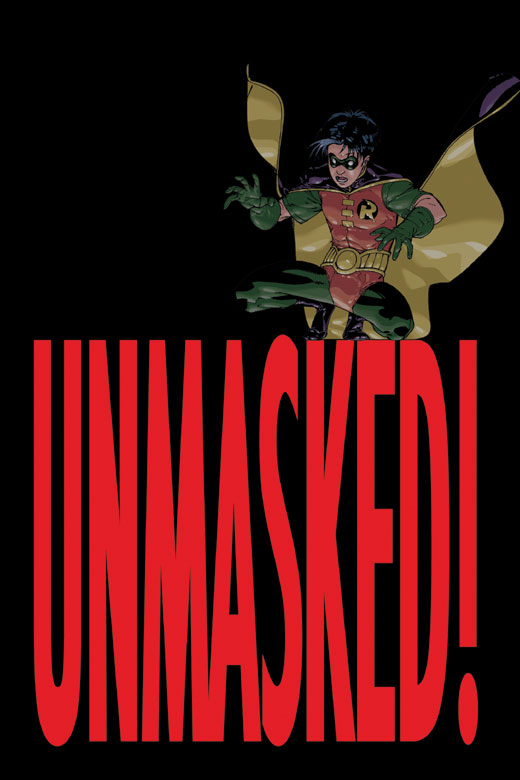 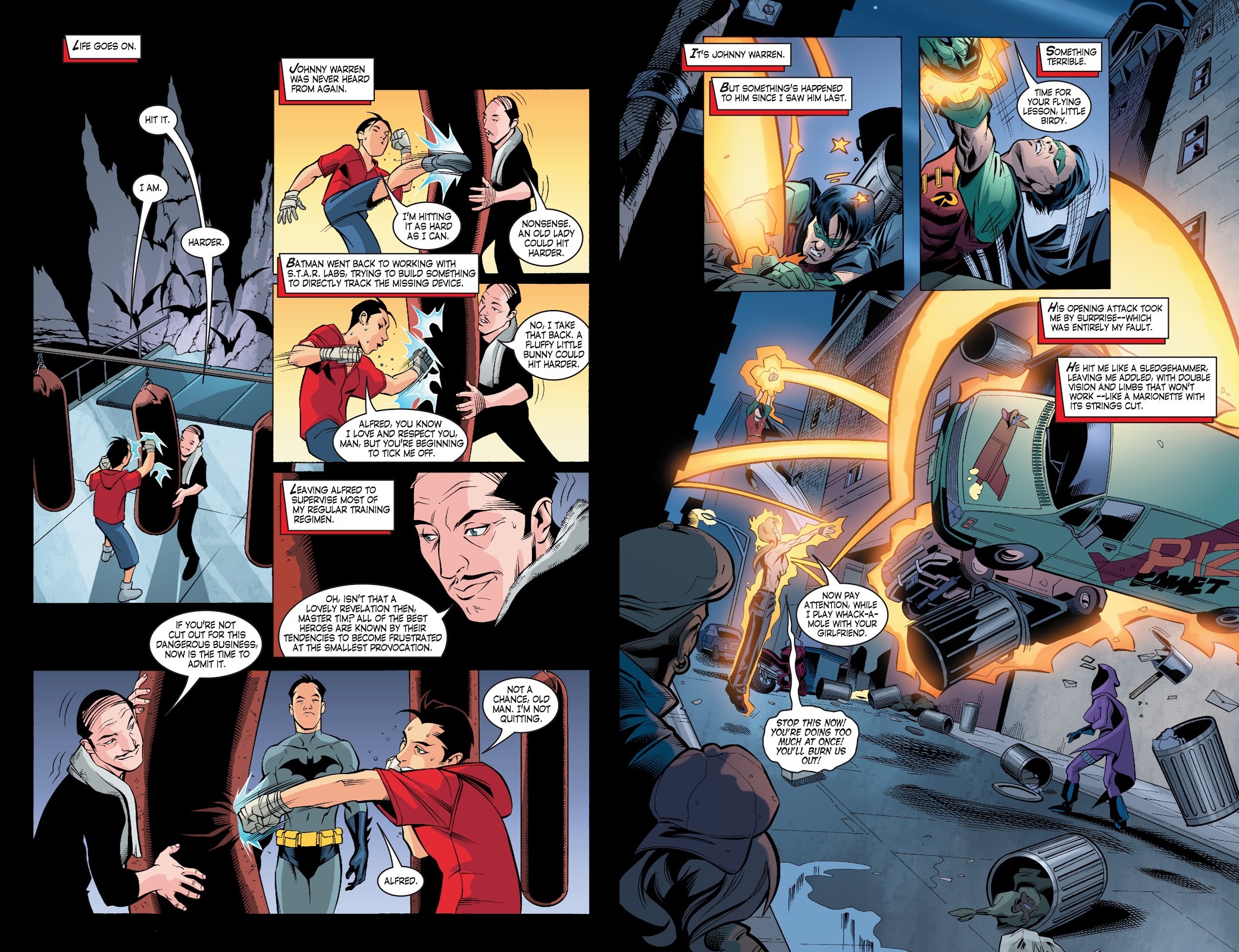 After several years of indifferent Robin stories, in 2004 Bill Willingham began writing the series, and Unmasked collects his first story arc. On his second page he delivers these captions accompanying Robin mid-fight: “Someone always grabs the cape. Punching the quick release on its collar sends a small current through the constrictor cords sewn into its lining. Turns my cape in to an active restraining net. Cool, huh?” Hell, yeah! Two pages in and Willingham has already redefined what appeared an archaic holdover from the 1940s into an effective weapon. Over the remainder of that episode he introduces a supporting cast who’ll see Tim Drake through the next two years of continuity, sadly most of which has never been collected as trades, and introduces a villain who’ll go on a long, strange journey. This efficiency might be considered standard for someone taking over a new series, but it rarely succeeds as well, with Willingham introducing an intriguing factor along with each new character and simultaneously building Tim Drake’s personality. He writes a nice Alfred as well.

With the writing so good, why doesn’t Unmasked top everyone’s want lists? That would possibly be down to artist Rick Mays over the first two chapters. In addition to strange figures, exaggerated postures and an odd inclination to make everyone look Asian, Mays has no sense of what’s fitting for a standard superhero title. As seen on other projects, Willingham produces imaginatively nasty turns of plot, and instead of showing them discretely Mays is always explicit. Were he a better artist these would be thoroughly gruesome rather than misguided. It could also be asked why editor Michael Wright didn’t have the viewpoints changed. However, the corrective statement is made by the straight cartooning of Francisco Rodriguez de la Fuente occupying the final three chapters, and definitely preferable. He has peculiarities, emphasising emotion with strange squiggles floating alongside faces and a habit of arranging his panels to leave large white spaces on the page, but those pages look so much better.

Willingham strikes the occasional wrong note. Even with a subsequent explanation, it’s difficult to take in Batman telling Robin to “stop your blubbering”, for one. That’s in connection with a shift in attitude and confidence for Tim over a three month break between chapters, which is also when the unmasked aspect comes into play. It’s a clever title because it consistently builds expectation that isn’t met, and eventually manifests via a line that’s almost thrown off in the second chapter. It leads somewhere very unexpected and very surprising, rather the cliffhanger in fact, except as noted there’s no continuation in paperbacks, which pick up again a year down the line with To Kill a Bird.

There’s no denying the art impacts on the stories, which aren’t as well told as they might be, but anyone who can put up with that will discover Unmasked consistently thrilling.