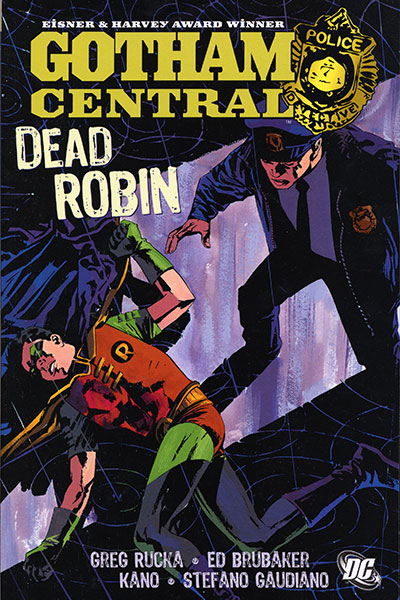 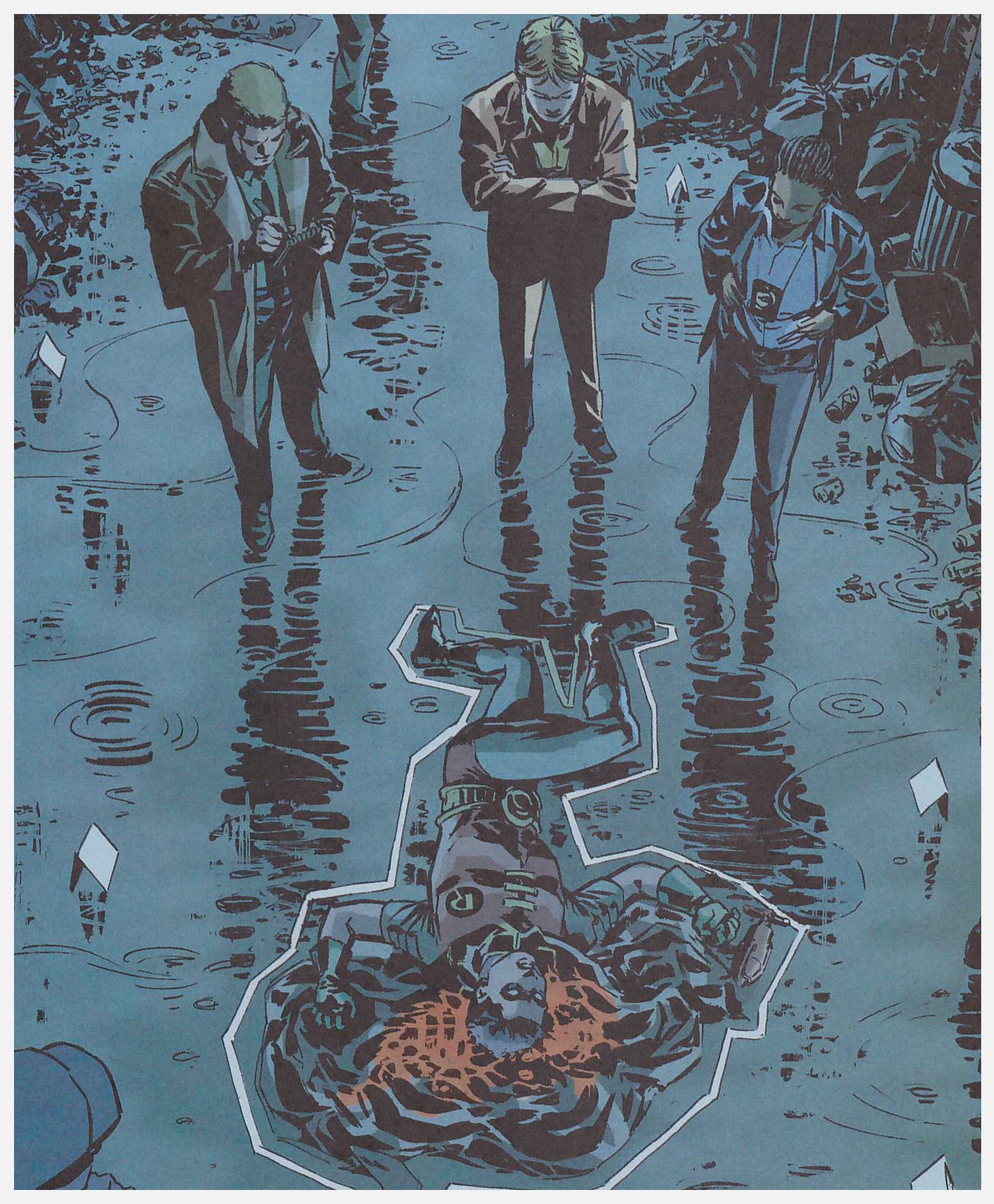 Writers Greg Rucka and Ed Brubaker open with a stunner here as Robin, in full costume, is apparently found dead in an alley between two buildings. His costume and accessories appear authentic, but the puzzle is that Robin would have fallen making the comparatively small leap. The investigation is hampered by the outright hostility between the Gotham police and Batman, whose actions they believe led to the deaths of officers (in Batman: War Games). Further complicating matters is that the press appear one step ahead, publishing police scene of the crime pictures.

It’s a good mystery that doesn’t have the most credible pay-off, but as that only occurs in the final ten pages of four chapters the quality remains high. The pencilled art is by Kano, with Stefano Gaudiano inking, reversing the art combination of the previous book, but to no detriment. The pair maintain the gloomy naturalistic look that’s characterised the series to date, and the characterisation necessary to the series remains well portrayed, sometimes in scenes lacking dialogue. The other artist used is the excellent Steve Lieber, who’s even better on a tale where the world appears to be ending, and Gotham delivers the story in microcosm.

The closest Gotham Central has to a leading role amid the ensemble cast is taken by Renee Montoya, who’s tormented in a number of ways. Rucka has turned the screw on her throughout this series, and does so again in the concluding tale. Both she and her partner Marcus Allen are aware that a corrupt scene of the crime officer named Corrigan is hindering police activity, and both want him off the force. Due to events related in The Quick and the Dead (or On the Freak Beat in hardcover) any evidence gathered by Montoya will be tainted.

Rucka moves the cast around in suitably dramatic fashion, ratcheting up the tension with several clever twists that ensure the plot doesn’t lead where expected, or desired. It’s a terrific character exploration, and Rucka may have won awards for his Montoya story Half a Life, but this is even better.

The Gotham Central paperback collections continue their policy of eccentric absences by omitting the opening story from the otherwise equivalent hardcover collection Corrigan. It’s a shame, as this is an excellent piece focusing on corrupt cops, and ties into the later Corrigan story. The series concludes with this book as Montoya and Allen’s fates unwind into Infinite Crisis.