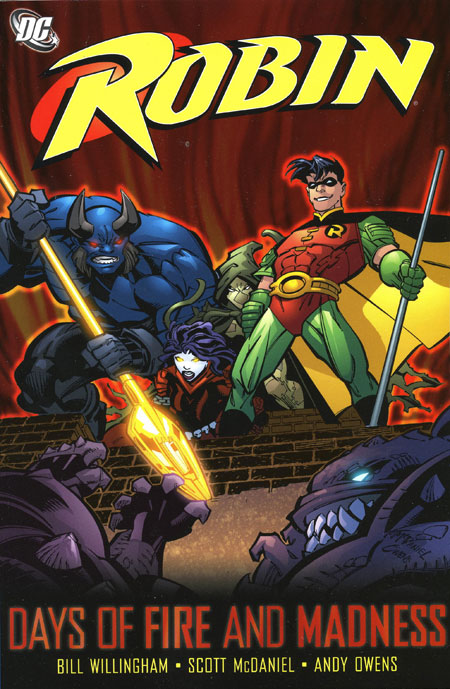 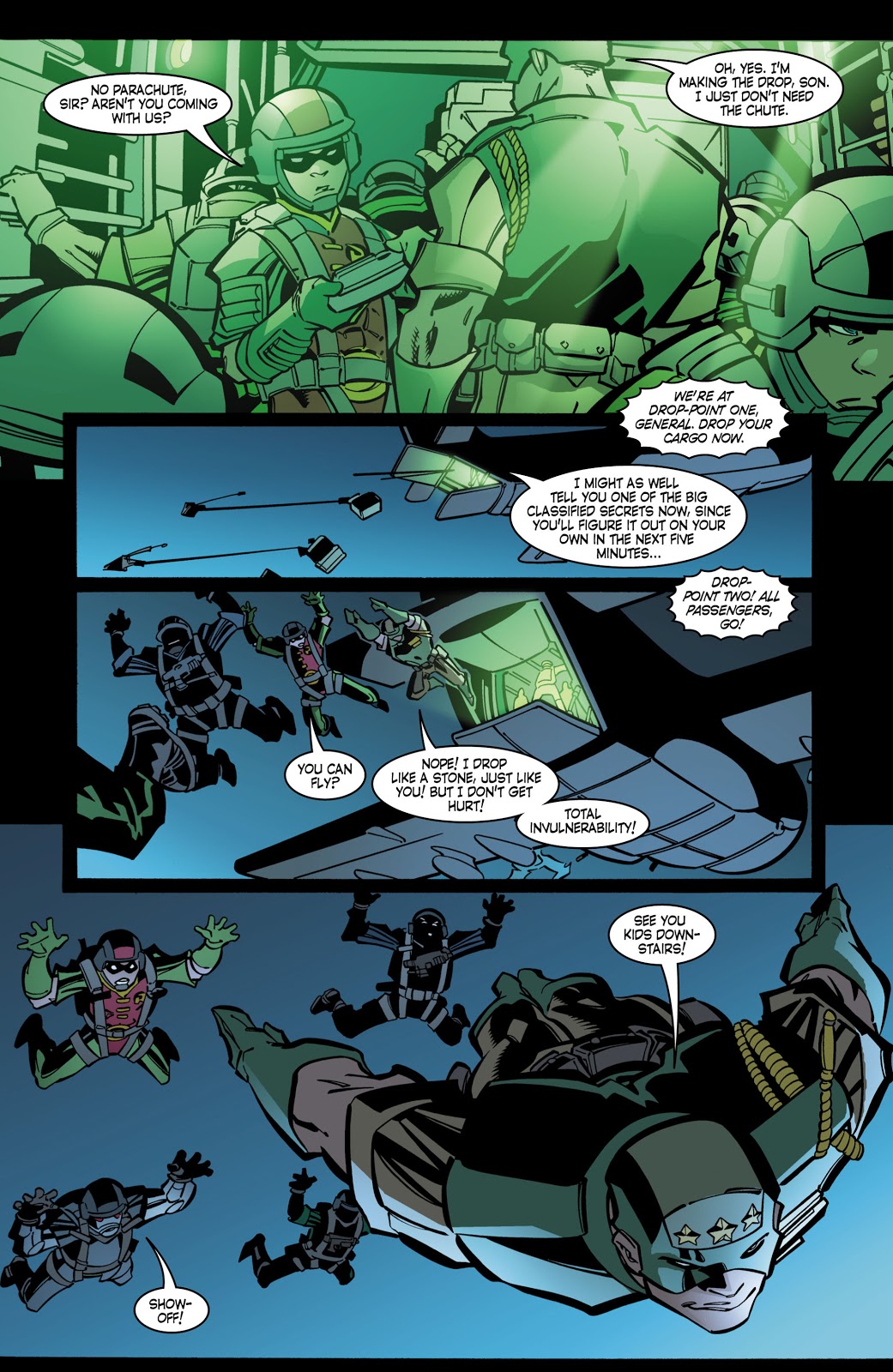 By the opening of Days of Fire and Madness Tim Drake has been through a lot. His father and girlfriend have died, and although he’s returned to Bludhaven after the events of Batman: War Games, it’s to discover a million dollar contract on his head. The result in To Kill a Bird was new super villains crawling out of the woodwork to take the Penguin up on his offer. That’s proved a bonus for a newly introduced crimefighter calling himself the Veteran, capable and with a back-up squad, and also operating in Bludhaven.

Bill Willingham wastes no time in picking up on the two major dangling plotlines from the previous book. The Veteran has immense resources and people at his disposal, an entire army battalion and its equipment in fact, and the woman who was once Darla Aquista has been revived from the dead along with formidable super powers and is looking for Tim Drake. That comes with a caveat, Willingham twisting the knife beautifully for a great chapter ending. The ethical dilemma and personal problems that sets up run for a while. Meanwhile Robin has the Veteran’s offer to consider. Willingham runs a clever plot, dropping enough hints that all is not as it might seem, but also bolstering the truth by using supporting characters known to those immersed in the DC universe. Parallel to this is the line Robin won’t cross regarding the use of guns, inherited from Batman. The Veteran’s lieutenants have their own ideas about him and his Justice League colleagues: “Batman’s a full warrior among a troop of non-violence crackpots who’re constantly amazed to find themselves in a violent business”.

Midway through the collection the necessities of crossing over with Infinite Crisis intrude, but the self-contained title story works well enough, Willingham using Omacs to deal with one of the ongoing plotlines. The subsequent visit by Shadowpact and a whole army of freed villains isn’t as convincing. The best part is Willingham’s imaginative creation of over a dozen silly villains like Tapeworm. Ultimately, though, he throws in too much and develops too little.

Because DC jump-started their franchise superheroes by bumping the continuity forward a year in 2006, Willingham’s subplot about the Veteran and his allies was never finished in Robin, whose continuity was picked up by a different creative team in Wanted. Days of Fire and Madness slips a little at the end, but it’s a good superhero read throwing viable twists and still worth looking at.