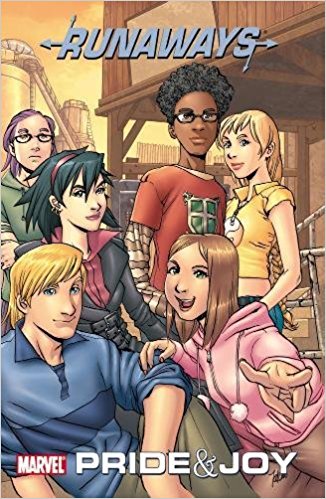 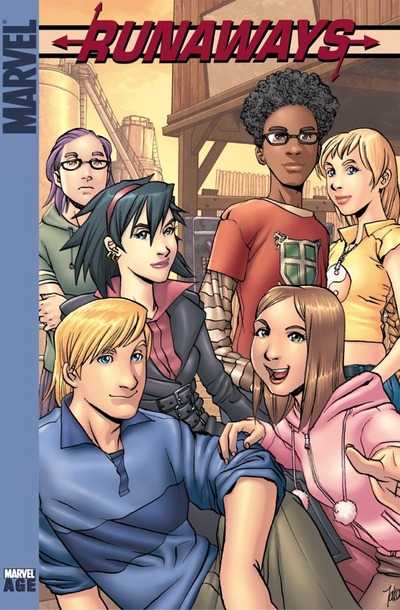 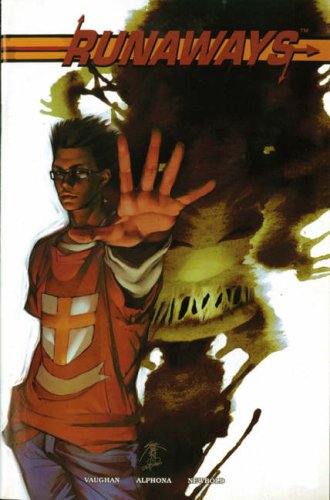 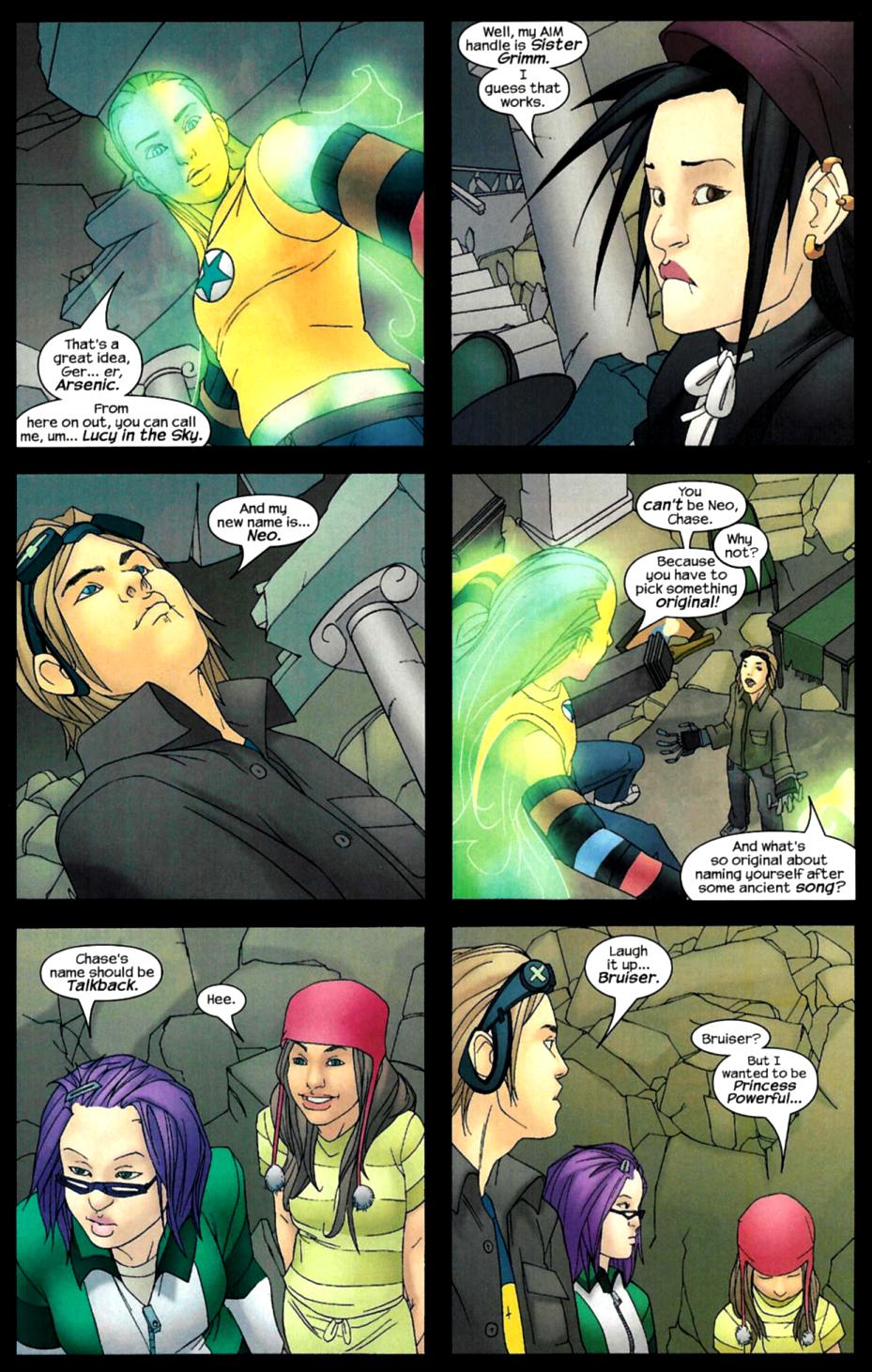 Every year Alex’s parents meet with their friends to organise a private charity meeting, and every year Alex is forced into a room with their children, all of whom are hidden away from the adult discussion. That is, until the children decide to spy on them. Witnessing first hand their parents murdering a teenage girl, the group’s life is turned upside down as they realise that in a world full of superheroes their own parents are villains.

In a crime too weird for the police and too low-scale for the Avengers the runaway kids must find the answers alone. Unbeknown to them however, their parents’ evil organisation the Pride has eyes and ears everywhere, and with nowhere to turn the unconventional and unlikely group of kids must fight to survive and uncover their parents’ dark secrets.

Throughout their journey for survival the kids learn more about themselves, from uncovering their mutant powers, their supernatural witchcraft abilities, to having a pet dinosaur. However as strong and unified as they become, the cliffhanger ending truly leaves the Runaways just as the comic title suggests, unable to turn to anyone for help and hunted, it becomes the kids versus the world.

Set in the same Marvel universe as Captain America and the X-Men, the Runaways feels both unique and warmly familiar. These teenagers are not fully fledged, fully realised adults, they aren’t superheroes and yet they must work together to stop a superpowered, supervillain organisation. Brian K. Vaughan’s writing takes teenage rebellion to a whole new supernatural, fantastical level. By contrast Adrian Alphona’s art is quite simple, and even the colours seem slightly more toned down than Marvel’s conventional aesthetic, but this style suits the story well. Like the characters within, this is not a colourful, fantastical superhero story, it is a teenage drama set in the world of superheroes. Even the panel format is relatively straightforward, moments of action and moments of dialogue follow the same conventionally squared structure. Again, the somewhat under-played artwork fits into the story, and  like a teenager itself, the title seems caught between the world of adult realism and child fantasy.

Pride and Joy is a promising start to the series. In each story we gain a deeper insight to the characters, making the climatic ending all the more gripping, and both the writing and art complement the story’s themes well. With villainy in their blood, and no superheroes to be seen, the Runaways team must become their own heroes. Vaughan and Alphona give us the ultimate teen battle, kids versus adults, and throw in a punch of powers and gadgets to the mix, and judging from this it looks like Runaways will be one hell of a ride.

With the arrival of the TV show based on the series Marvel have reissued the graphic novels again, this  time as hardcovers. First issued as a digest, a softcover version followed. Alternatively this is available as part of The Complete Collection Volume One. Runaways continues in Teenage Wasteland. 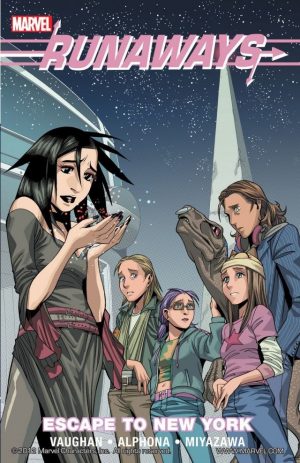