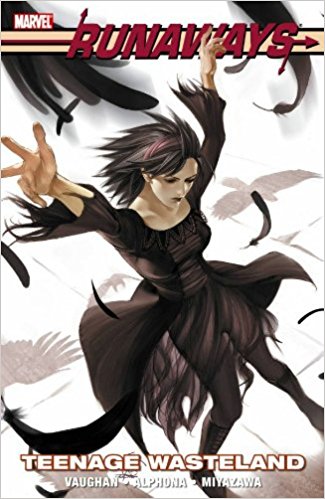 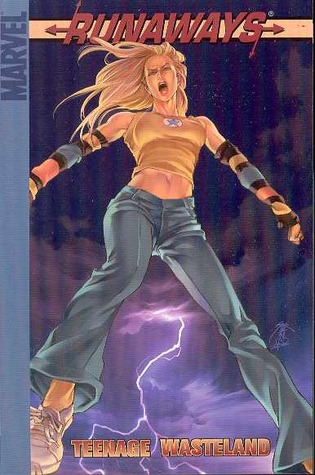 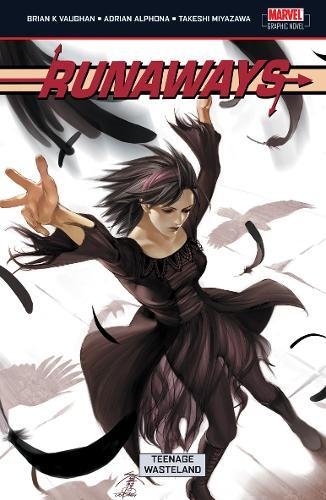 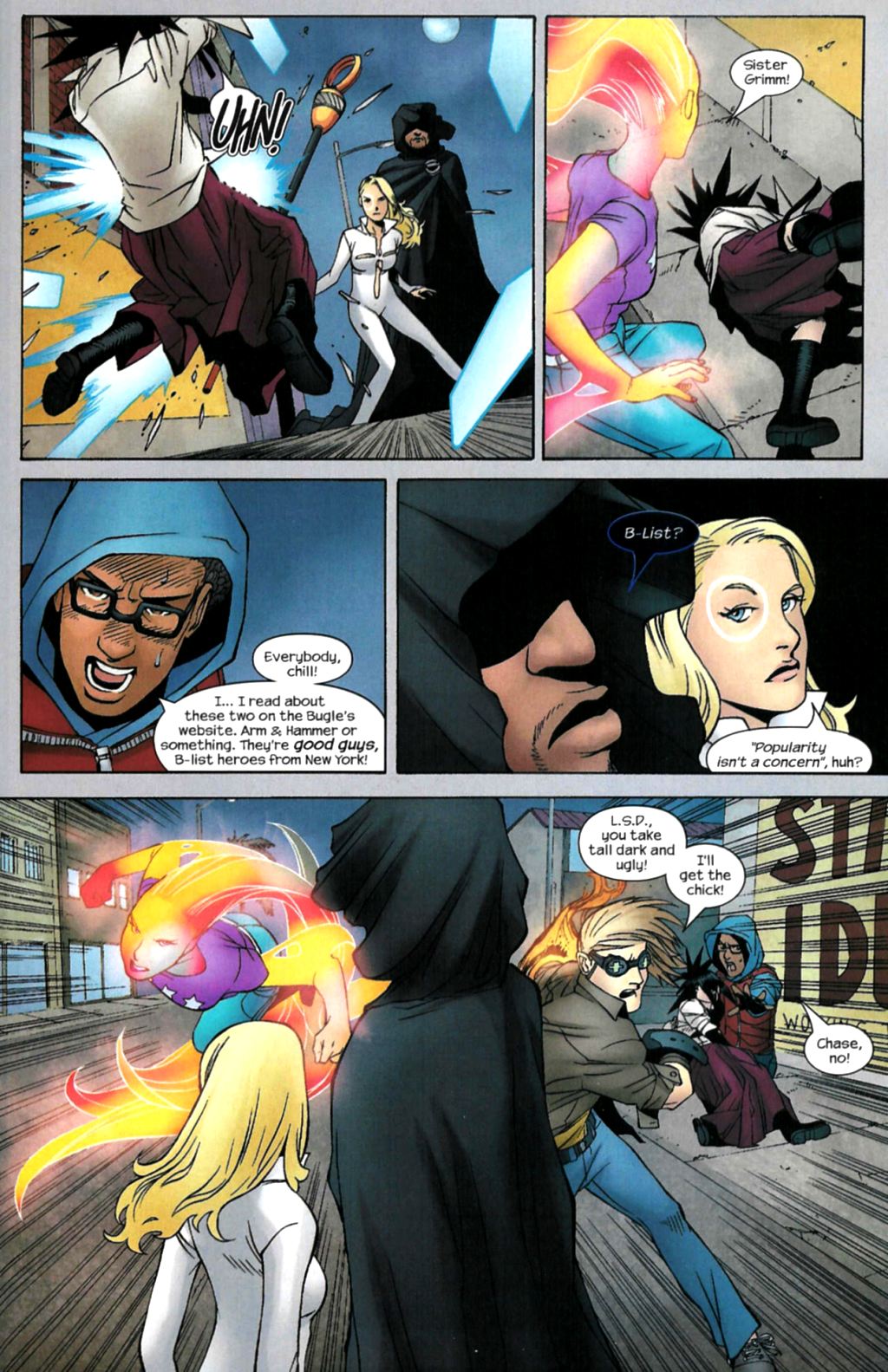 Teenage Wasteland picks up from the dramatic cliffhanger ending of Pride and Joy with the teenagers still on the run from their parents, but now they have the police department after them for murder and kidnap, which in turn has caught the attention of some superheroes. In addition, it turns out there are more monsters hunting them than just their villainous parents.

Brian K. Vaughan uses this second volume to provide a deeper insight into the team and their relationships with one another, but just as they begin to work more coherently, a new kid turns up to complicate the budding romances within the group.

The narrative is as relentlessly suspenseful and dark as the first, with every shimmer of light extinguished, every hope destroyed, as the Runaways fight both to survive and to bring down their parents for good. What makes this even more dramatic is that unbeknown to the group, there is a mole amongst them who is relaying information to the Pride. With the advantage of information from both the good side and the bad, the readers become like detectives in this teenage, action, superhero-infested, crime drama.

Although we are beginning to know the characters more in this arc, arguably the ones who steal the show are Cloak and Dagger, Marvel’s most famous ‘runaways’. They appear in several chapters, working to track down the Runaways and hand them over to the police, who unbeknown to them are working with the evil Pride. They lighten the mood, being the butt of character jokes, primarily at their own expense, providing a good introduction to them if you haven’t previously encountered them elsewhere in the Marvel universe.

Adrian Alphona’s artwork is relatively simple, this simplicity heightened by the flat, bold colouring. With so many themes, it sometimes feels that the art isn’t entirely sure what aesthetic it should be going for. That said, it isn’t bad art, it is just weaker than work Alphona would go on to produce. Takeshi Miyazawa takes over for the final two episodes and opts for a slightly more manga technique, further blending the many layers of the story both artistically and narratively. This approach does for the most part suit the story, particularly in the more action packed fight scenes (as can be seen on the art sample).

Teenage Wasteland is on par with its predecessor, and continues to detail the trials and tribulations of the Runaways, but arguably focuses more on the extension of the characters within, which in turn allows the readers to question or relate to them more. As their characters and relationships develop, the overarching question of who the mole is becomes all the more gut-wrenching and exciting.

With the arrival of the TV show based on the series Marvel have reissued the graphic novels, and they’ve now been available as hardcover, softcover and digest versions. Alternatively this is included in The Complete Collection Volume One. Runaways continues in The Good Die Young.