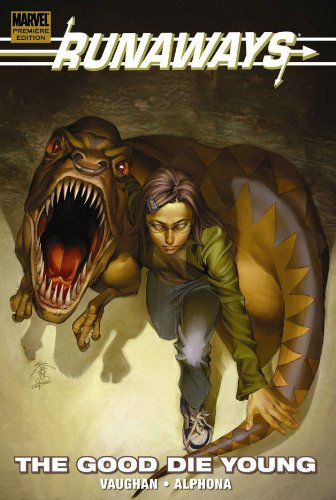 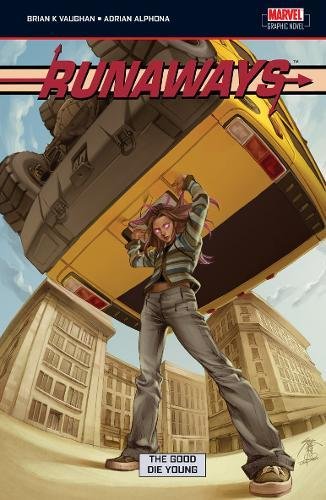 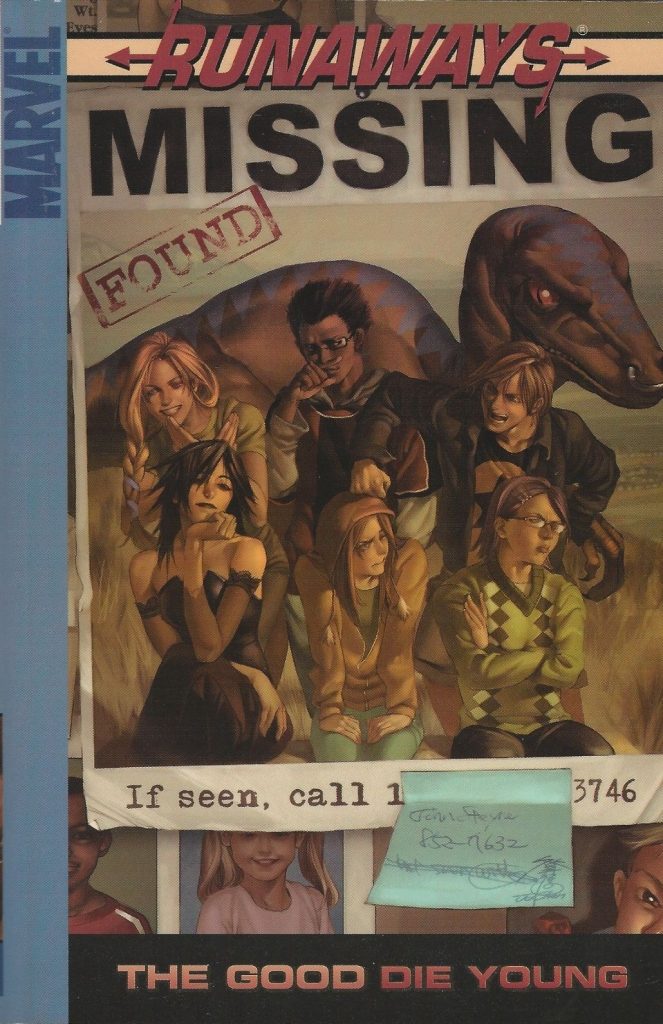 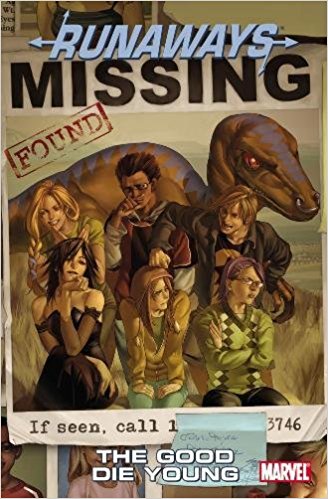 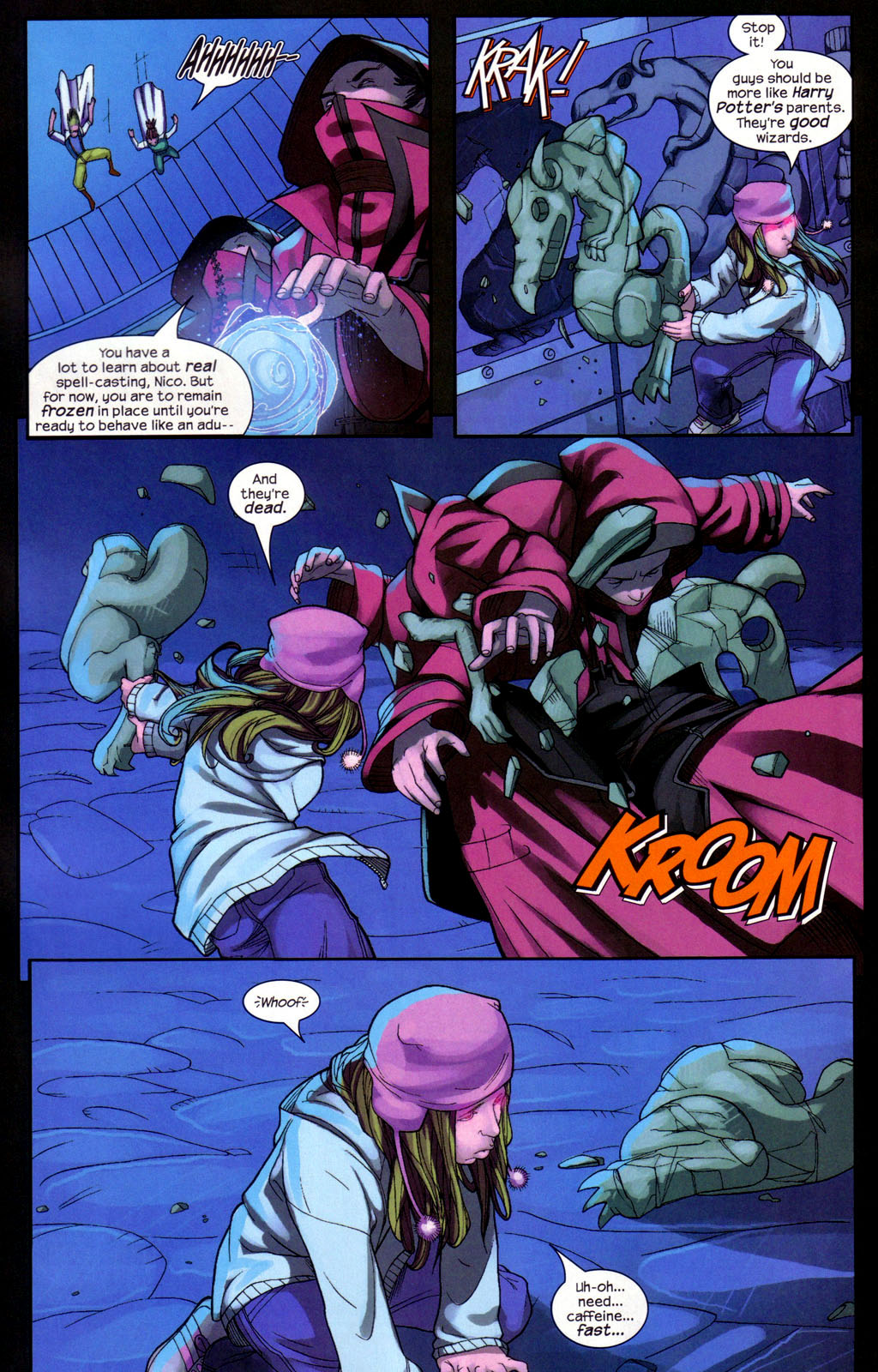 The Good Die Young concludes the first Runaways story arc and resolves many of the building tensions and plots introduced in the series opening volume Pride and Joy. The main ones being who and what exactly is the Pride? And who is the mole within the Runaways introduced in Teenage Wasteland? Brian K. Vaughan creates deception and drama on both sides of the story, culminating in an explosive and exciting epic battle. This certainly delivers on bringing together the questions that have loomed throughout Runaways, and the moment the traitor is revealed is a testament to Vaughan’s skilled writing.

As is foretold by the Pride’s overlords, only six can reap the rewards of their annual sacrifices, and thus the twelve adults start to unravel as each fight to share the success with their children and bring them back on side. In contrast the Runaways are now working as a unified, strong group, so it seems the final battle may be in their favour. More so than the other volumes, this finale to the opening arc is battle, action focused, yet there are still moments where the dynamics and relationships within the group change and new romances blossom.

Adrian Alphona once again provides the artwork and there is a definite improvement in his style, particularly towards the end of the story. The detail is much clearer, and with the last section primarily set at night, the colouring and toning seem to suit Alphona’s style more than the brighter, flatter palette used in most of the graphic novel. Although the art is solid throughout, it is just a pity that the better work comes late within the story.

Again, Vaughan edges the Runaways a little further into the Marvel universe as Captain America makes an appearance in the finale. In very anti-climactic hero style he announces the Runaways story has ended and assures the public that the children have been re-homed and re-allocated. However, as has been seen before, the Runaways are good at escaping the authoritative restraints imposed by adults, and the team re-unite, this time embracing their status as ‘Runaway Teens’ in what is a positive and open conclusion to a story largely focussing on woe, angst and betrayal.

Runaways is a fun story full of suspense and drama. It’s a playful twist on the adult superhero genre that brings back the excitement of having superpowers to a teen audience, as well as all the dangers that come with it, yet it is as much a superhero story as it is just about teenagers, working themselves and each other out. It isn’t the greatest work that either Vaughan or Alphona have created, each progressing to major accolades with Saga and Ms Marvel respectively, but Runaways shows their potential and fits into their wide and varied genre-shifting creations. The restrictions of being an all ages graphic novel may have played into the creative decisions made, but despite this it is an interesting read that can be enjoyed by all the family.

With the arrival of the TV show based on the series Marvel have reissued the graphic novels, which have now been published in hardcover, softcover and digest versions. Alternatively this is available as part of The Complete Collection Volume One. Runaways continues in True Believers.