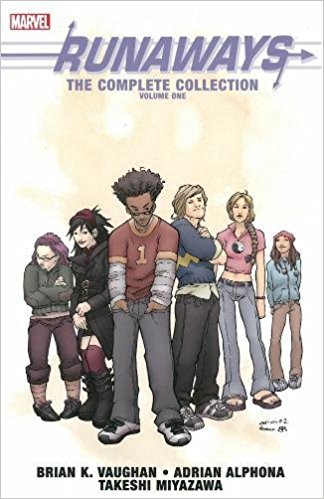 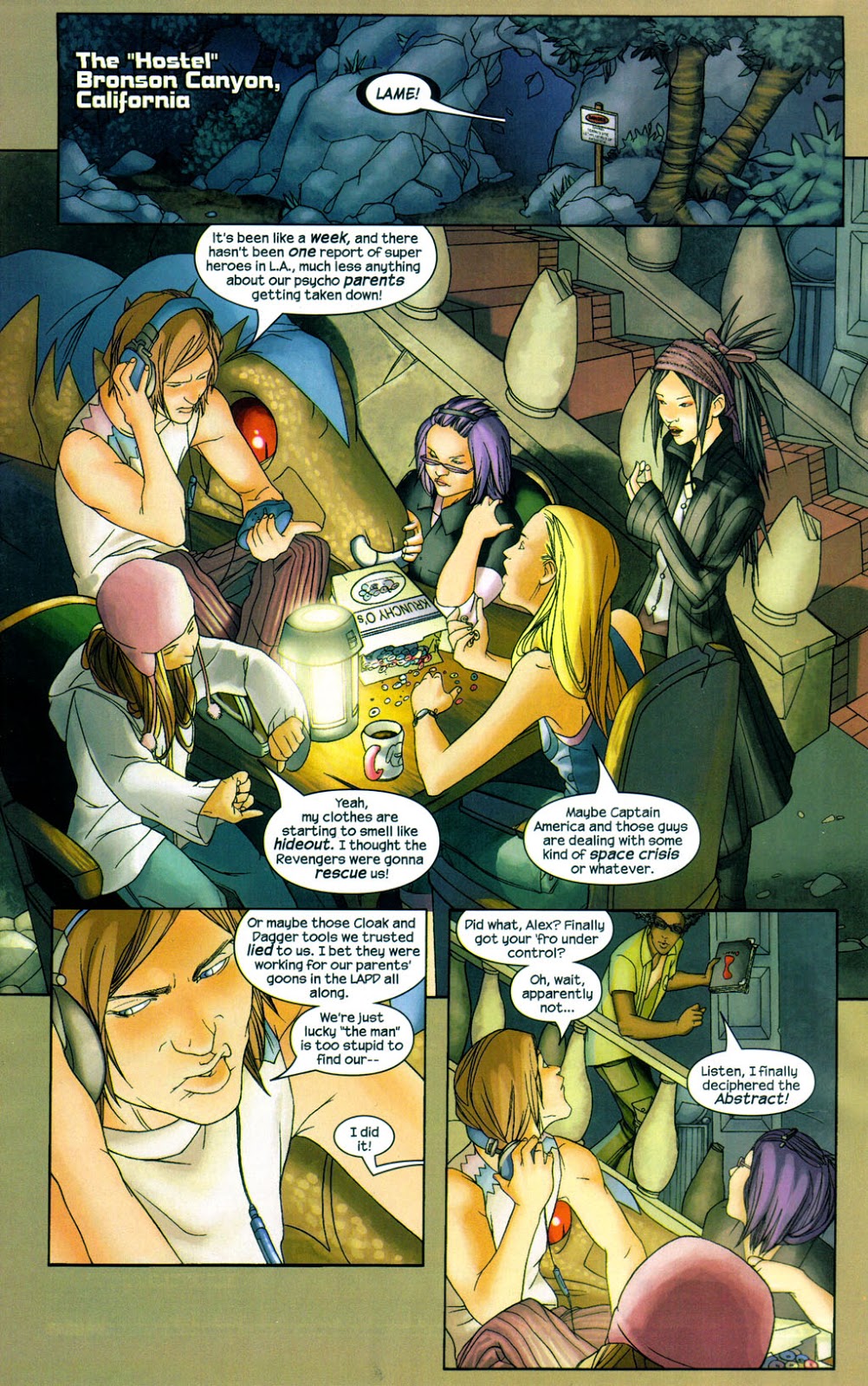 Released in 2014, this edition of Runaways collects the first story arc in its entirety, similar to the hardcover edition released in 2006, and featuring the same cover art as its predecessor. The collection follows Alex and his mismatched friends as they fight to survive and escape the evil clutches of their parents, who are revealed to be villains working for the Pride. After witnessing their parents murder a young girl, the teenagers flee and must come to terms with their new lives as runaways, as well as working together to take down their families and put an end to the murder of any more innocent children.

The series has many elements of the superhero genre interwoven into the narrative, however the flashy, colourful, out-of-this world aspects are toned down in order to ground Runaways in teen drama rather than the capes and kapows of superheroes. For instance, although most of the team temporarily give themselves codenames, none of them dress as a conventional superhero or mask their identities, rather they hide away in fear of being found. Brian K. Vaughan is extremely adept at ensuring Runaways has its own unique identity.

Similarly, although the story is within the Marvel universe, the California setting seems a world away from the bustle of New York where superheroes abound to save the day. Despite their calls for superhero assistance the runaway’s pleas go unheard, and throughout the story the runaways only come face to face with one superhero group in the form of Cloak and Dagger, who are initially fighting against them.

The artwork is primarily handled by Adrian Alphona, relatively simple in style. The colour is bright, but like the narrative, the art is toned down from the usual Marvel superhero aesthetic, thus somewhat placing the comic in a category of its own. Vaughan and Alphona work well together, focusing more on the relationships of the teenagers than action scenes, which on the occasions they do occur are well constructed. Arguably the writing is stronger than the art but this is perhaps expected given that the focus is more on building a relationship with the characters than the plot itself, but the simplicity provides a memorable statement, given that it differs from the normal superhero conventions.

Overall, Runaways is an interesting read that combines various genres to create a unique tale that simultaneously feels familiar. The characters are interesting and the plot twists and cliffhangers are abundant, keeping the reader guessing throughout. It includes dinosaurs, giants, vampires, aliens, wizards, ninjas and teleporters. It’s weird, it’s wild, and it no doubt has something for everyone.

Alternatively, for those on a limited budget, the content has previously been available in hardback, softcover and digest editions as Pride and Joy, Teenage Wasteland and The Good Die Young.