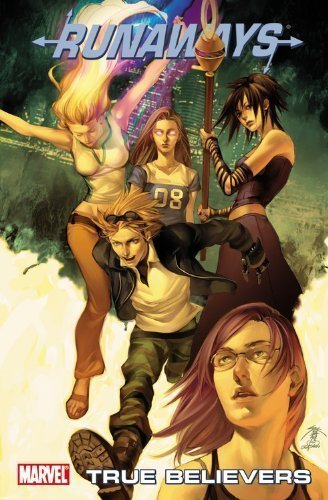 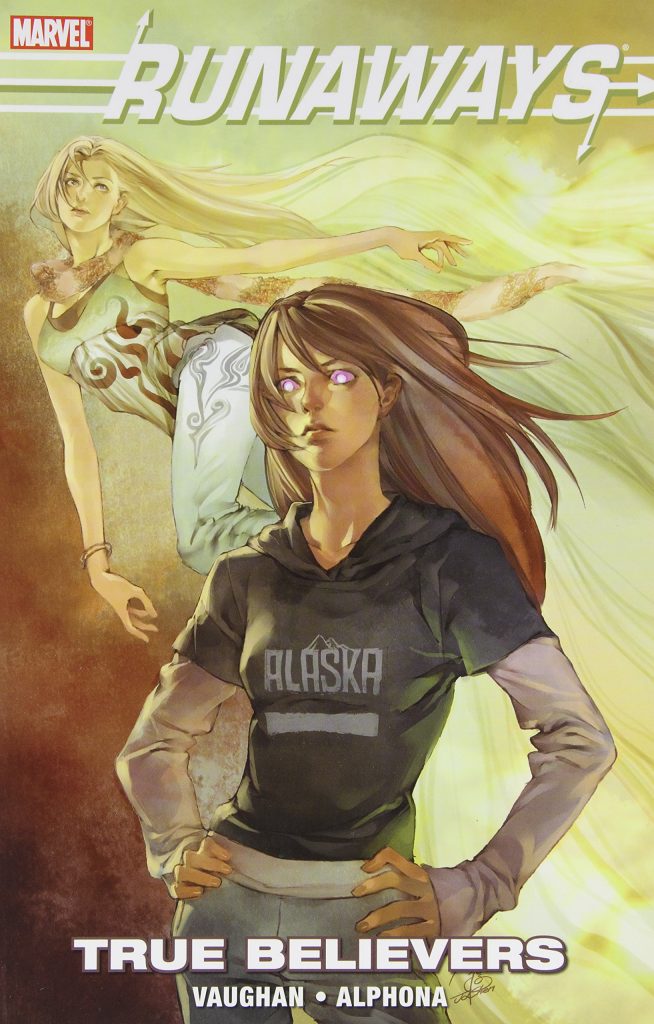 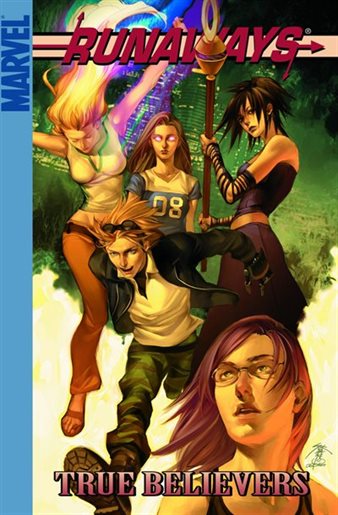 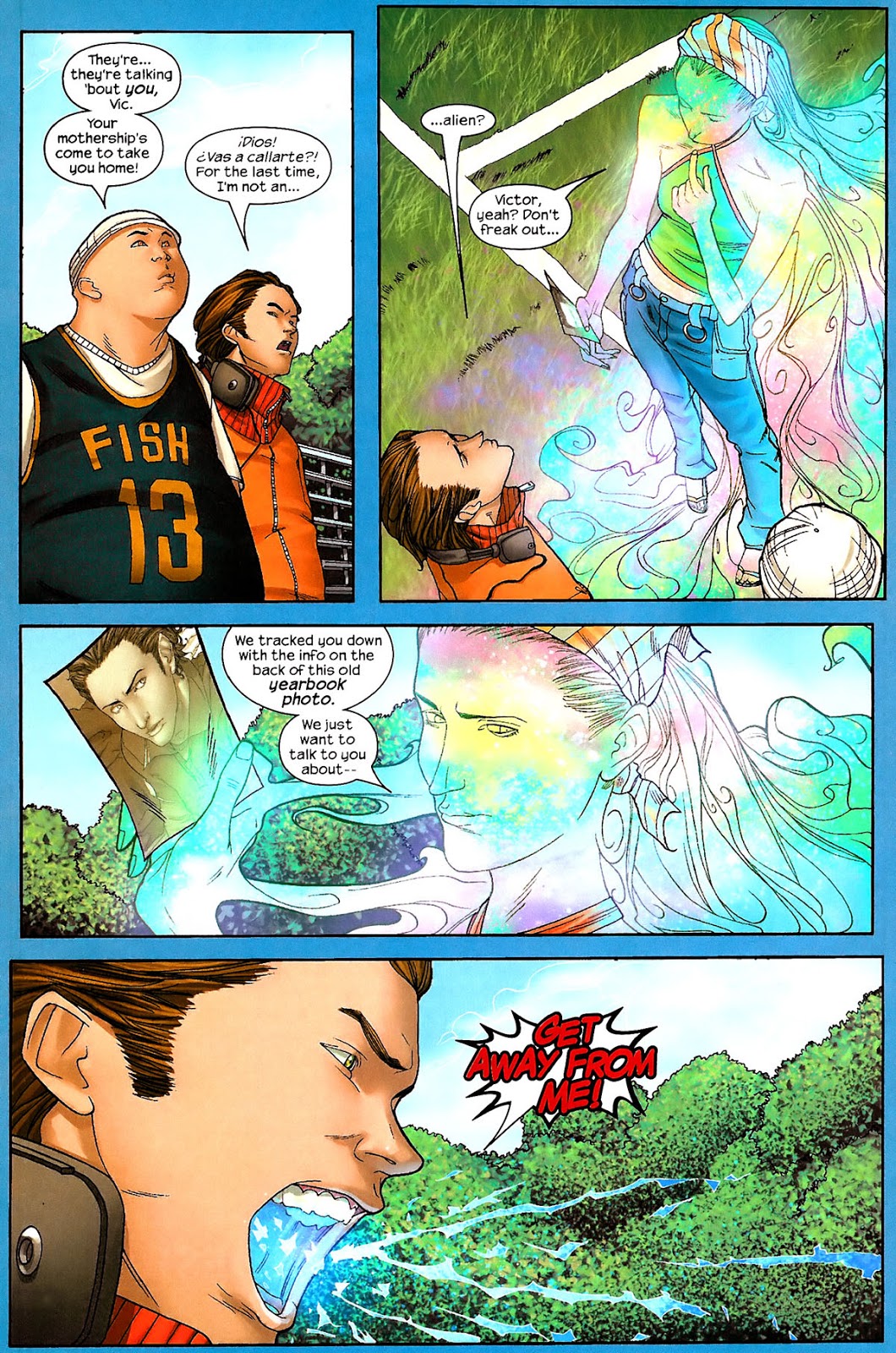 True Belivers picks up a year after the last story arc concluded in The Good Die Young. With the Pride destroyed, the remaining Runaways are still evading the authorities, and using their skills to try and do good, making amends for the pain and suffering caused by their parents. As they struggle to find purpose, a mysterious figure from the future appears and sets them on the biggest, most important mission of their lives.

The Runaways are integrated deeper into the Marvel universe, and Brian K. Vaughan’s understanding of the genre is on display as he brings back obscure and forgotten teen superheroes to form the Excelsior (another Marvel nod) therapy group. Despite themselves being heroes, once again the Runaways find themselves pitted against the ‘good guys’ as a mysterious benefactor wants the Runaways taken off the streets.

In addition to small-time characters, Vaughan also brings in a deadly mysterious threat in the form of another evil parent. Determined to not let the wayward actions of villainy corrupt the unsuspecting child, and in fear for their own futures, the Runaways kidnap Victor, the son, and try to warn him of his heritage and his potential dark path ahead. Victor, whose life falls apart in the wake of the discovery, acts as both a protagonist and antagonist, throwing the team into disarray and uncertainty.

When originally published this was a re-booted Runaways series, and Adrian Alphona returns as the artist, offering a similar style to the previous run (vols 1-3). However, with more superheroes introduced he gets a chance to experiment with their power and aesthetic. With one of the biggest villains in the Marvel universe also appearing, Alphona similarly imprints his own take on infamous characters in addition to his original work.

The opening story is filled with twists and turns, trust and betrayal and sets up the Runaways second adventure to be just as thrilling as their first. The Runaways may be free of their parents’ clutches but evil still lurks around every corner and the superheroes need these tearaway teens if they stand a chance of survival. True Believers has been issued in trade paperback, hardback and digest versions, and the content is also available along with the following Escape to New York in the second Runaways: The Complete Collection.