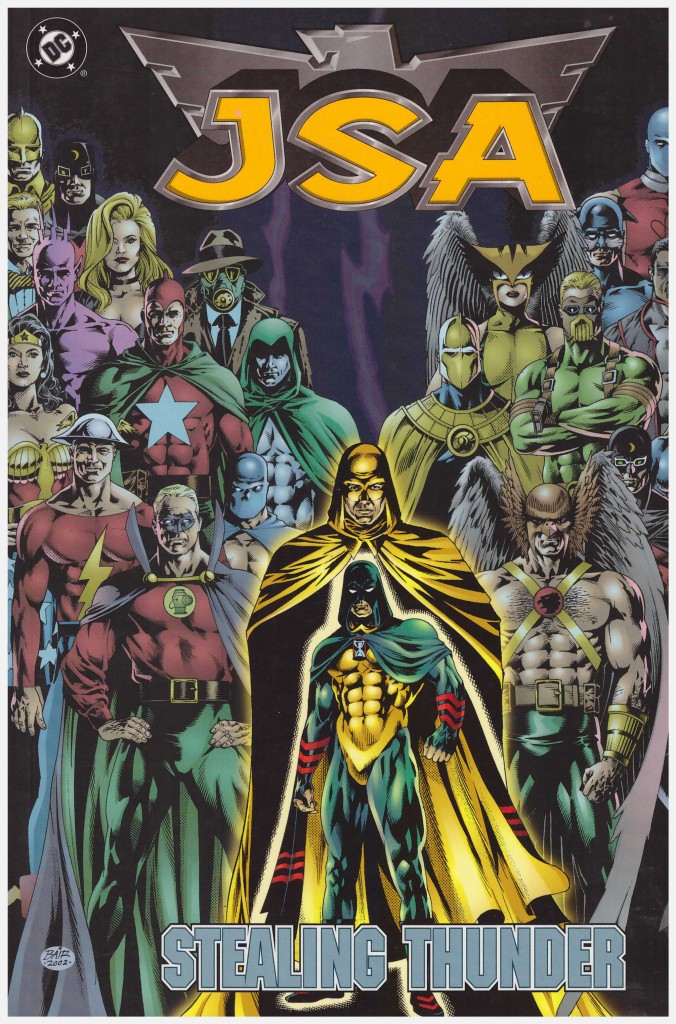 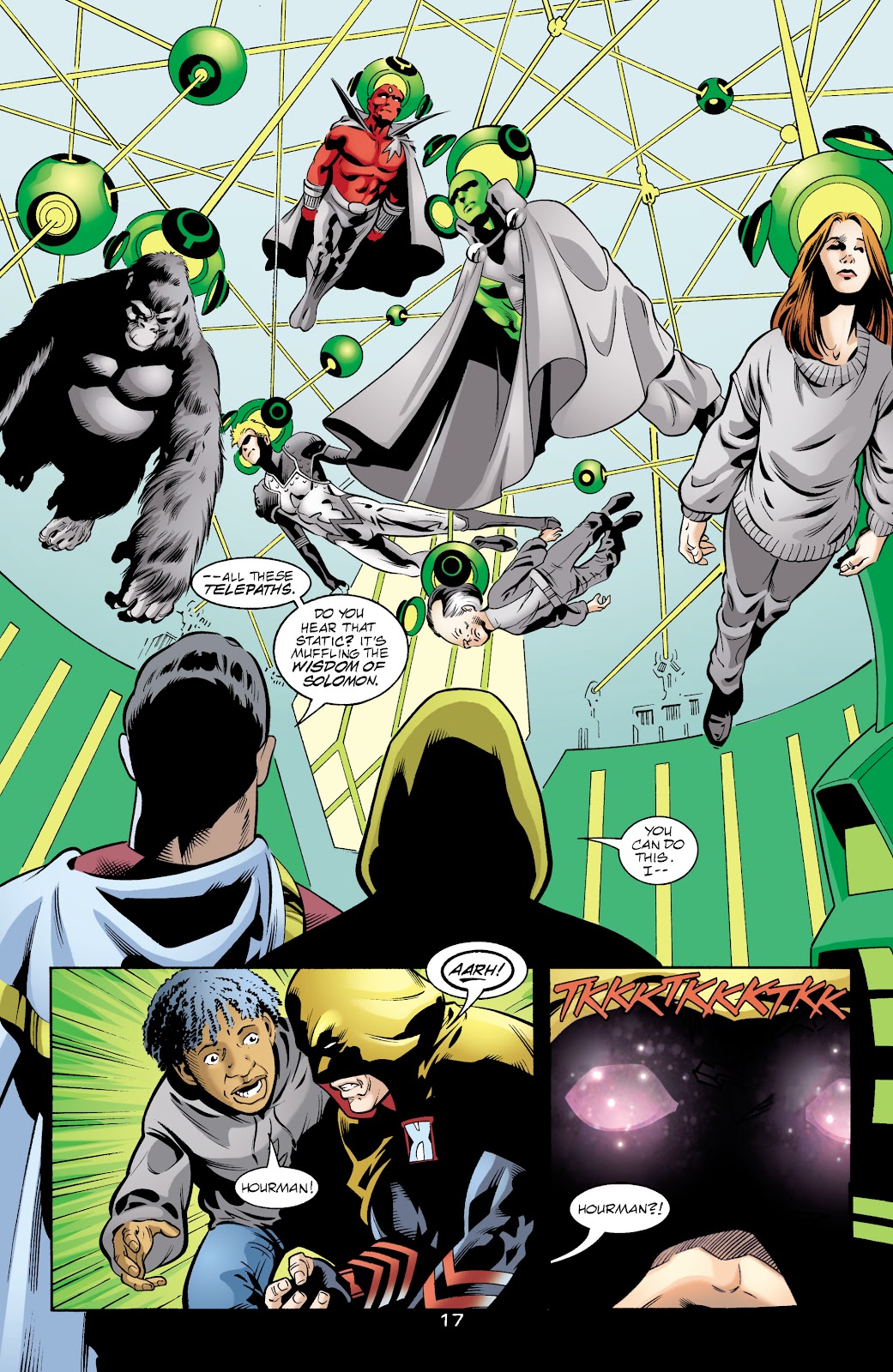 Fair Play began with the mystery of what happened to the Ultra-Humanite’s brain, and the bulk of Stealing Thunder provides the explanation. Before that, though, there’s the type of character-building quieter chapter at which Johns excelled during his JSA run, although, credit where due, David Goyer is back as co-writer throughout.

Under the guise of departing member Black Canary filling in her replacement Power Girl, the script delivers pen-pictures of the current cast. Matters are complicated by the arrival of Johnny Thunder, original guardian of the magical Thunderbolt, now very old, but fully recovered from dementia. In a particularly fine sequence he lays into his replacement, teenage Jakeem, castigating him for his poor performance in controlling the Thunderbolt. There’s also a brief prologue updating another 1940s character, the Crimson Avenger, now re-cast as a woman to whom the name is a mission, not a title.

The main thread of Stealing Thunder, though, concerns a reworked world controlled by the Ultra-Humanite. The narrative jumps straight in with a Kirbyesque dream sequence drawn by Keith Giffen featuring Sand, who’s then revived by Injustice Society member Icicle to witness a massive body bank. These are the world’s superheroes, kept dreaming in stasis until the Ultra-Humanite brings them out to play under his control. A few JSA members lead the resistance, and the majority of the book is their struggle to overturn what appear to be impossible odds.

In a series where characters are so finely defined, it’s never adequately explained exactly what the Ultra-Humanite gains from controlling the world, but the remaining content is so finely constructed this is an irrelevant flaw. JSA has been very good to this point, but this is the first great volume. Up next is Savage Times.