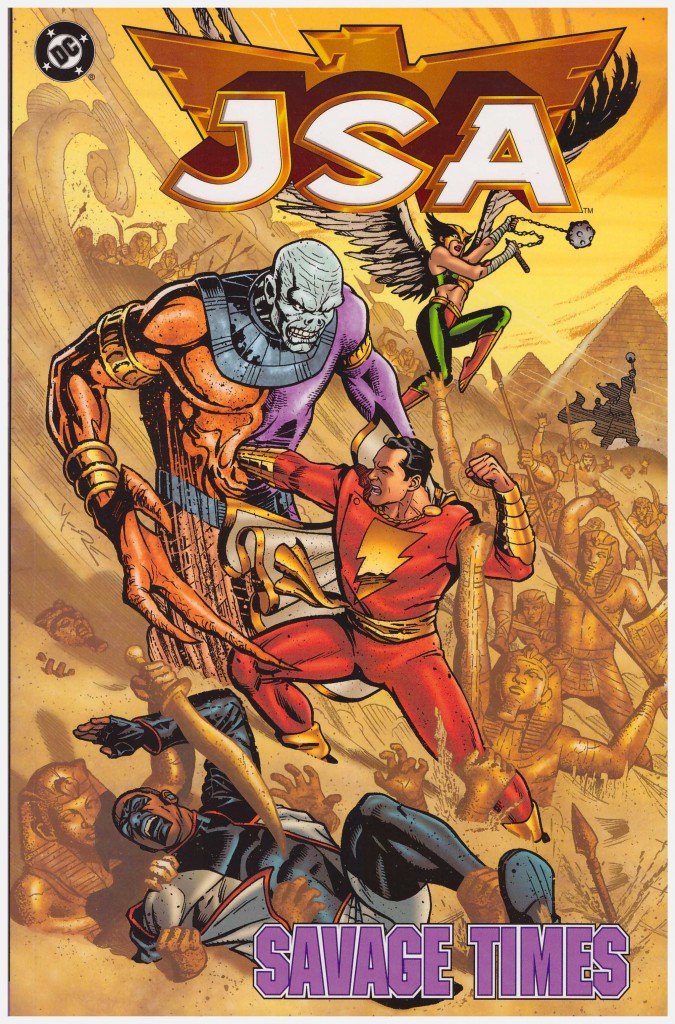 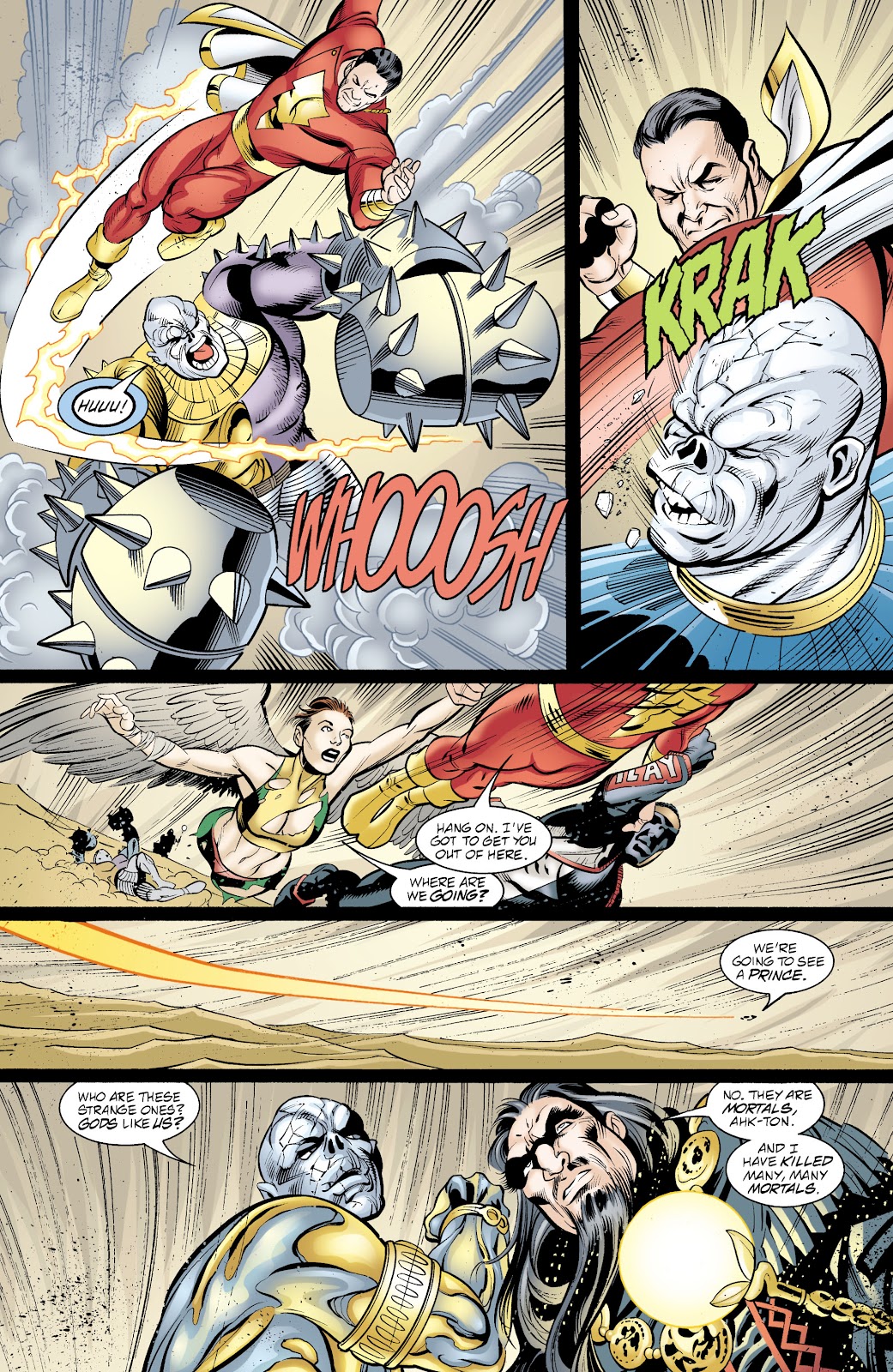 One of the consistently joyful elements of JSA is how time is no impediment to writers David Goyer and Geoff Johns. If they fancy a try at spotlighting the original Mr Terrific, as in this volume, they contrive a logical manner of propelling him centre stage, never mind that he was locked into the 1940s. And the result is a better Mr Terrific story than any previously, as he manages to outwit a 21st century threat. Another fine trick is the manner in which several JSA members are returned from Egypt’s 15th dynasty, roughly 1600 B.C. by our calculations.

The heart of Savage Times is the ongoing conflict between the reformed Black Adam, and Captain Marvel, who doesn’t believe he can ever reform. The truth of that is resolved in ancient Egypt, again in surprising fashion, before yet another curveball. There are appearances from first rank foes Vandal Savage, Kobra, and the machinations of another, Mordru, character developments aplenty, and a fair bit of setting up the next volume Princes of Darkness. So why does this collection not rank as high as its predecessor Stealing Thunder?

Well, it’s nothing to do with Leonard Kitk, who pencils the bulk of the book, and very quickly settled into first rate storytelling coupled with dynamic action. Patrick Gleason’s opening chapter art is far less appealing, but the problem is largely to do with the ordinary nature of the much of what goes on. While there’s an obvious attempt to vary the pace, is a chapter devoted to one numpty’s Power Girl obsession really worthwhile? Likewise, power not being an option when a new villain holds a class of school children hostage is an interesting conundrum eventually well solved, but the suspense is never fully conveyed, nor does Kobra’s distraction technique really work. It does have personal consequences for the JSA, though. The chapters in Egypt are the best, revisiting earlier incarnations of three current JSA members (as in The Return of Hawkman), and, as the cover displays, feature another of DC’s heroes on the more bizarre end of the scale, Metamorpho.