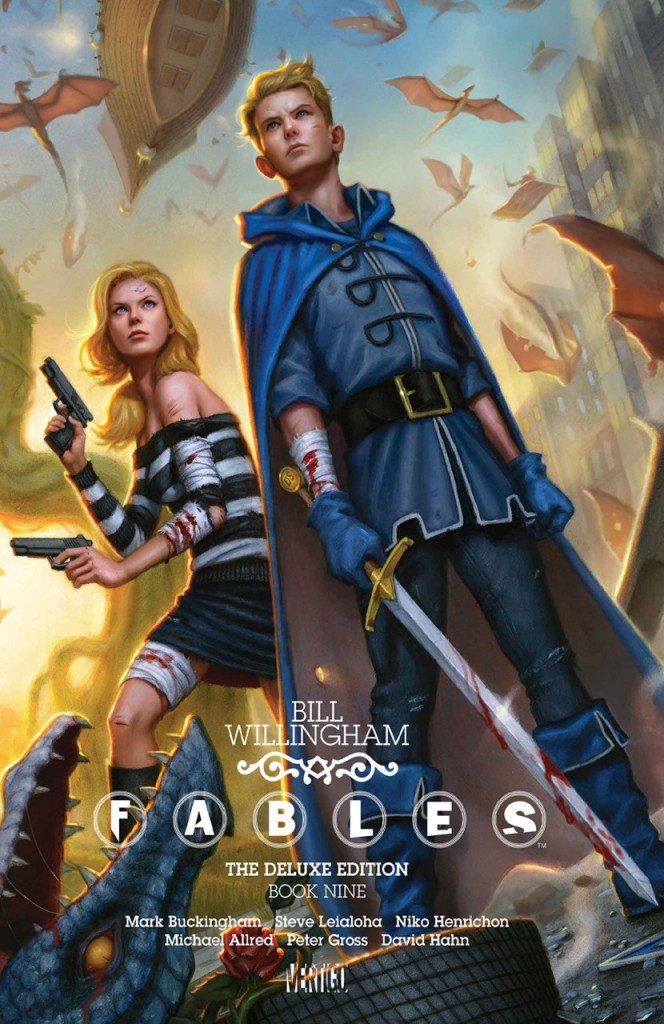 Interestingly, for the first time in the in the Deluxe Editions there’s cover artwork not used on the previous paperback volumes. This collects two of those, War and Pieces and The Dark Ages, bringing to and end one significant chapter in the Fables history and almost immediately opening another.

The reason the Fables settled on Earth was due to being evicted from their Homelands by forces under the control of the Adversary. Centuries in exile provided very little change in circumstances, but over the course of the previous volumes the Fables have come to learn the previously hidden identity of the Adversary. They’ve also learned much about the manner in which the occupied worlds are controlled, have found methods of entering those worlds, had Bigby confront the Adversary directly and in the opening chapters of this volume they acquire the final sliver of knowledge needed to launch an assault.

That, however is only a small part of the delights served up by Bill Willingham and Mark Buckingham in this excellent volume. There’s a 1960s spy film pastiche featuring Cinderella, a Fafhrd and the Grey Mouser pastiche that unleashes another threat to Fabletown, the demonic Mister Dark, and a rare return to prominence for the Fables restricted to the Farm. By the end of the book the Fables have achieved a great victory, but suffered several great losses.

Several sequences are illustrated by alternative artists, the most successful being Peter Gross, who illustrates the exploits of Mowgli on a goblin-infested world, and Nico Henrichon illustrating a tale on the farm with a long overdue conversation between Boy Blue and Rose Red. Michael Allred contributes the story of how Gepetto adjusts to life in Fabletown, but annoyingly can’t bother to keep Pinocchio as previously drawn, and the weakest of the guest slots is from David Hahn. It’s not bad art, but he fails to capture some cast members essential to the story being told. 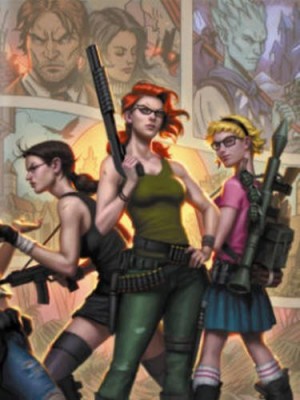