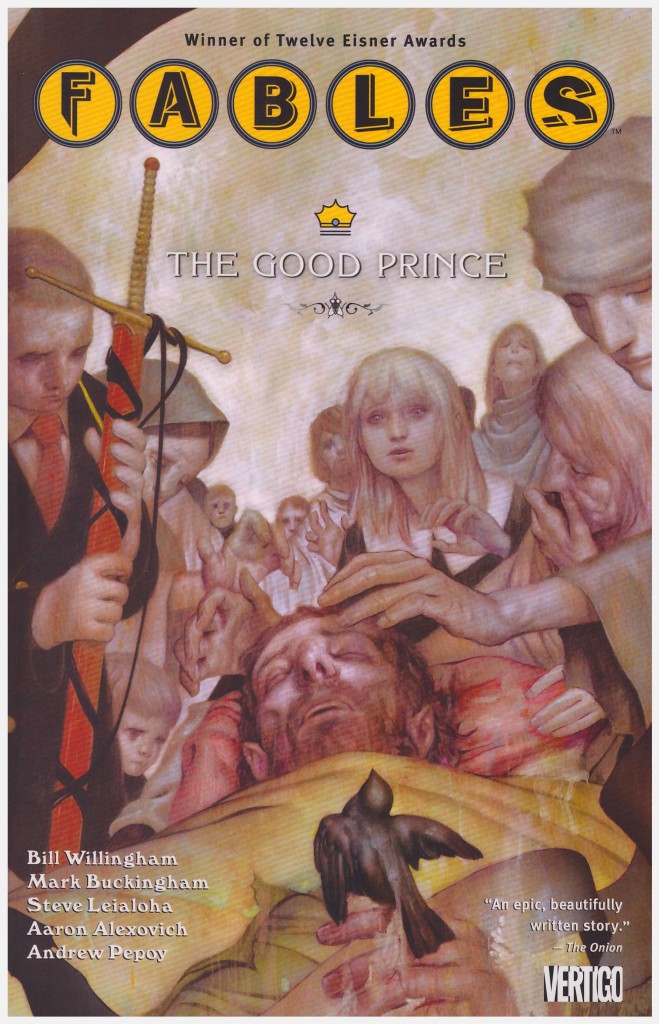 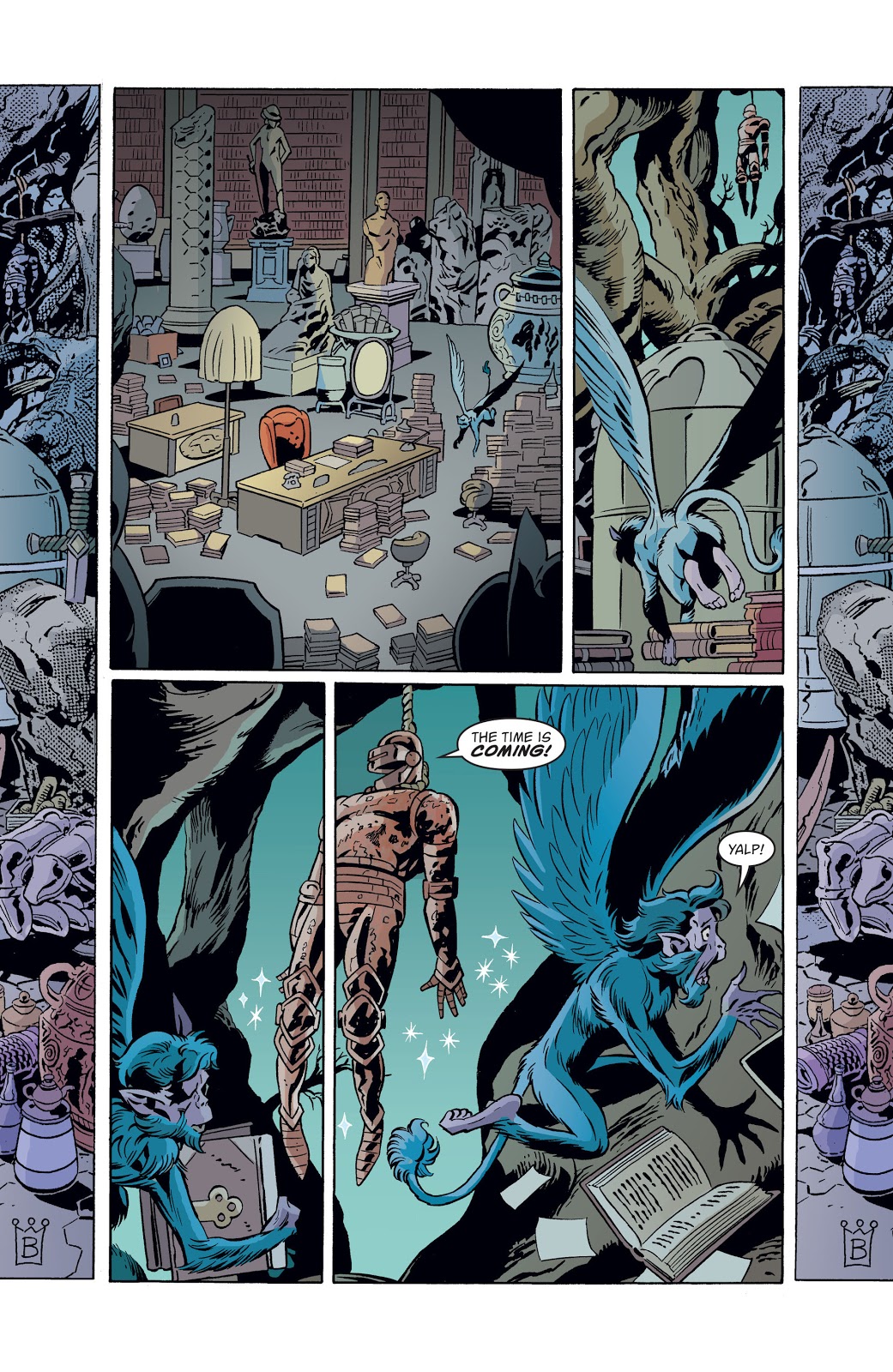 Introduced in the first volume of Fables, Flycatcher, or Ambrose as he’s known to Red Riding Hood, progressed from a visual joke into an extremely likeable and sympathetic character, along the way surviving Bill Willingham’s intention to kill him in volume four. His story is a tragic one. He’s the frog prince, who’s lost his wife to the Adversary’s forces, and the passing of the centuries have done little to assuage his pain. He’s been working as a janitor among the Fables, and is mightily discomforted by the attentions of Red Riding Hood.

Forced, at artist Mark Buckingham’s behest, to retain Ambrose among the cast, Willingham set about forging a future for him, and it comes to fruition here. A meeting with Santa Claus in the previous volume, Sons of Empire, removed a great millstone for him, and Ambrose begins a transformation. There’s an interesting revelation about his virtue, and that’s put to the test as the story continues. Where he goes from that point is something readers need to discover for themselves, but it’s among the best sequences in the entire Fables run.

The level of deception prevalent in the Fables world is highlighted early on. Fabletown may be a community united by their having to flee their own worlds, but other connections can be few. Being all-but immortal they can afford to play the long game, and a few centuries here or there makes little difference. One cast member reveals they’ve known who the Adversary is for some considerable while, and whether that revelation would ever have been made without a form of blackmail is another lingering question. Prince Charming rose to his position through ambition, but has developed the talents enabling him to be very effective. He, too, keeps matters close to his chest when required, as do Bigby, Beast, and a host of others.

It’s discovered early in this volume that the Adversary’s intention is to declare war on Fabletown, and the sequences not following Ambrose concentrate on preparations for that war. What they’ve not counted on is what Ambrose does. Frau Totenkinder also has her moments, revealing why someone with such immense power at her beck and call remains loyal to Fabletown.

This is one of the largest Fables collections (the largest until Camelot), with all but one chapter beautifully pencilled by Mark Buckingham. Since the previous volume he’s not been exclusively inked by Steve Leialoha, but Andrew Pepoy’s almost as good. The one chapter drawn by Aaron Alexovich is extremely unappealing. His wide-eyed cartooning lacks the charm it’s intended to have and while Fables can adapt to a variety of artistic approaches this doesn’t work. It also appears entirely at odds with one of the story’s major themes.

The conflict that’s been brewing over ten volumes reaches its climax in War and Pieces, and this entire book minus the Alexovich chapter is also found in Fables Deluxe Edition volume eight. This may be a better buy for the price as it’s a solid five star collection printed on superior gloss stock, better bound and in oversize hardback.