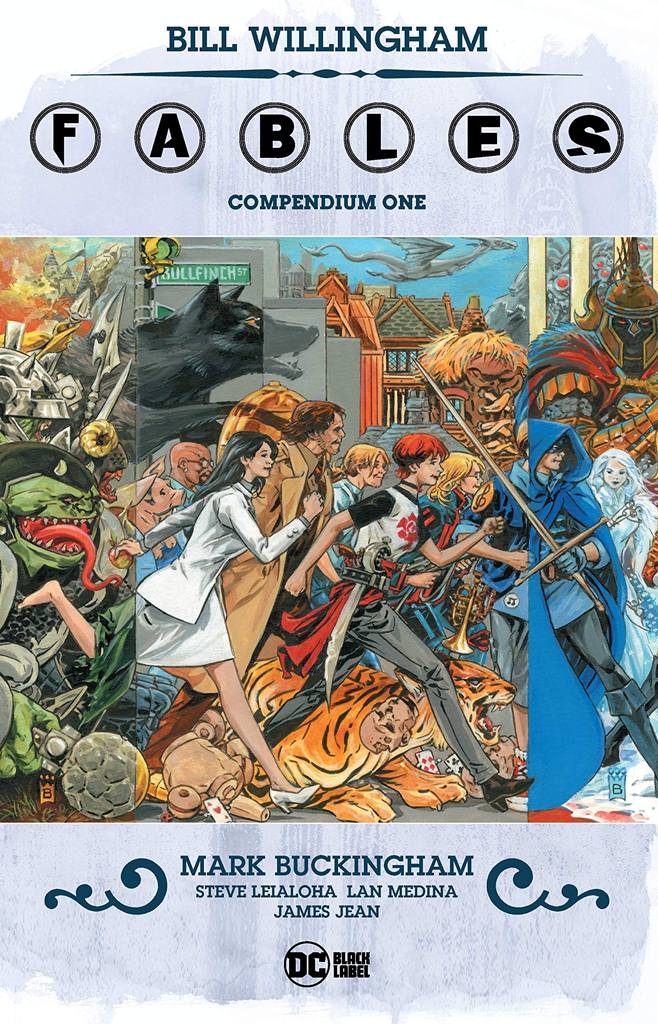 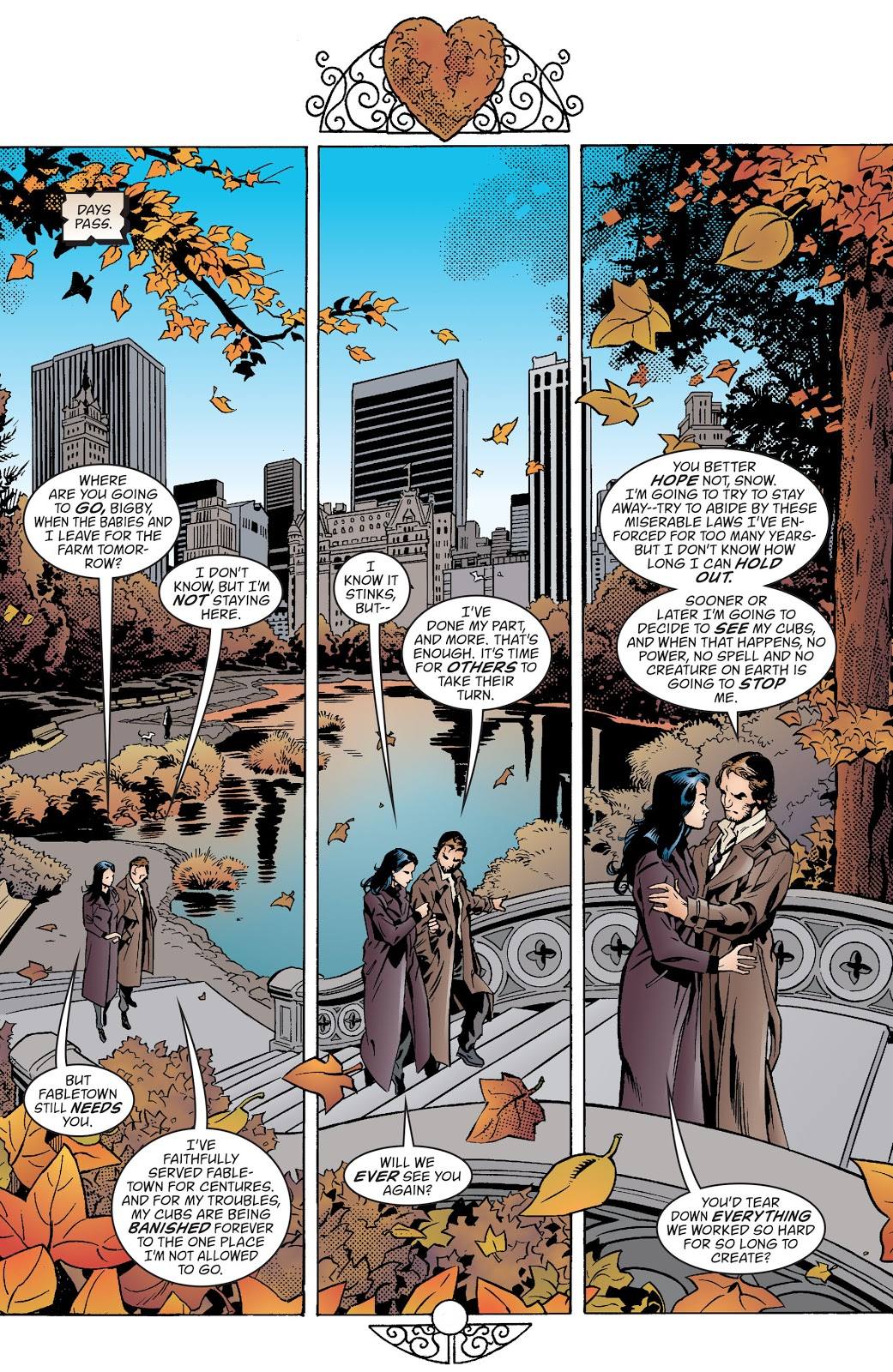 Fables is Bill Willingham’s phenomenally simple, yet brilliant idea of transferring the characters we all know from fairy tales and nursery rhymes to the real world of the early 21st century. Why are they here? Well, they’ve been exiled from what they refer to as the Homelands, which one by one were over-run by the mysterious Adversary. The Fables refer to themselves as such, with those who can pass for human living in an area of Manhattan called Fabletown, protected from prying human eyes with magical spells, while the assorted animals who’re unable to change their form live on an equally protected farm in New York state.

While the concept is enticing, it needed the application of Willingham’s creativity and page-turning plots, and the phenomenal appeal of Mark Buckingham’s decorative art. He begins by providing conventional pages, although often with baroque touches, but by the end of this collection he’s begun using the ornate vertical page edgings that would come to characterise the series. Lan Medina draws the opening sequence very nicely, and many other artists contribute single chapters or short stories, but it’s Buckingham’s open style that defines Fables. Whereas many artists would shy away from drawing the non-human Fables, Buckingham obviously relishes it, and he supplies a glamorous cast without over-sexualising them, yet can also draw eccentric looking characters such as Frogcatcher, whose appeal at this stage is largely visual.

Willingham scores highly when presenting personalities. Most are just names to us, so he can fairly well do with them what he likes. After all, what do we really know about Cinderella, Little Boy Blue or Snow White beyond the one rhyme or story? Others he adjusts ingeniously to fit his needs. The Big Bad Wolf here is Bigby, able to transform into his wolf form from the bulky human form he uses most of the time (see sample art), providing security for Fabletown. Willingham’s best modification is Jack, conflated into the single Jack of all Fables, based on the name being used on so many occasions in fairy tales and nursery rhymes. When he appears in danger of becoming too much of a lead character in an ensemble series, Willingham writes him out. He’s not the only person who’ll be cut adrift during the series, which progresses through a fair amount of present day time, and almost everyone from a broad cast eventually has a turn in the spotlight. To begin with there is a feeling of contrary characteristics only being applied for shock value, but once it became obvious Fables was a commercial success around for the long term, Willingham sharpened the characterisation.

Defeating the Adversary and returning to the Homelands is a theme running perpetually in the background, occasionally leaping into the foreground as in one of the best sequences here, when the Adversary attempts to invade Earth. Fables is a superb and constantly surprising run, but as with all long-running series, there are a few minor teething problems. However, the charm, the tight plots, the surprises and the great art patch them over until Fables kicks into gear.

This same content is available in oversized hardcovers beginning with Fables Deluxe Edition Book One, or as Fables paperbacks titled Legends in Exile, Animal Farm, Storybook Love, March of the Wooden Soldiers, The Mean Seasons, Homelands and 1001 Nights of Snowfall.