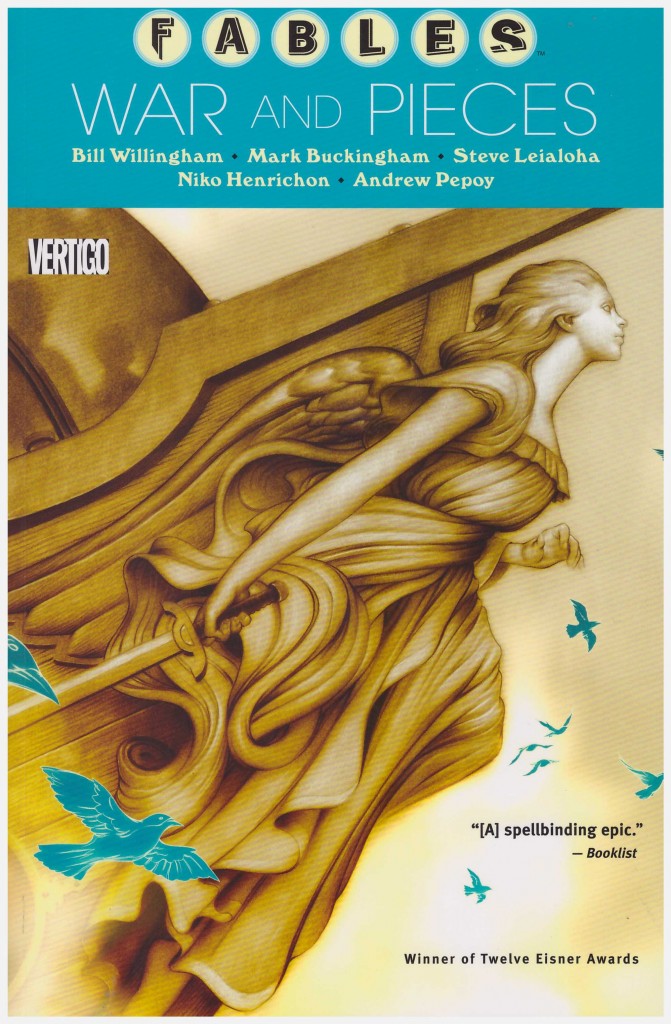 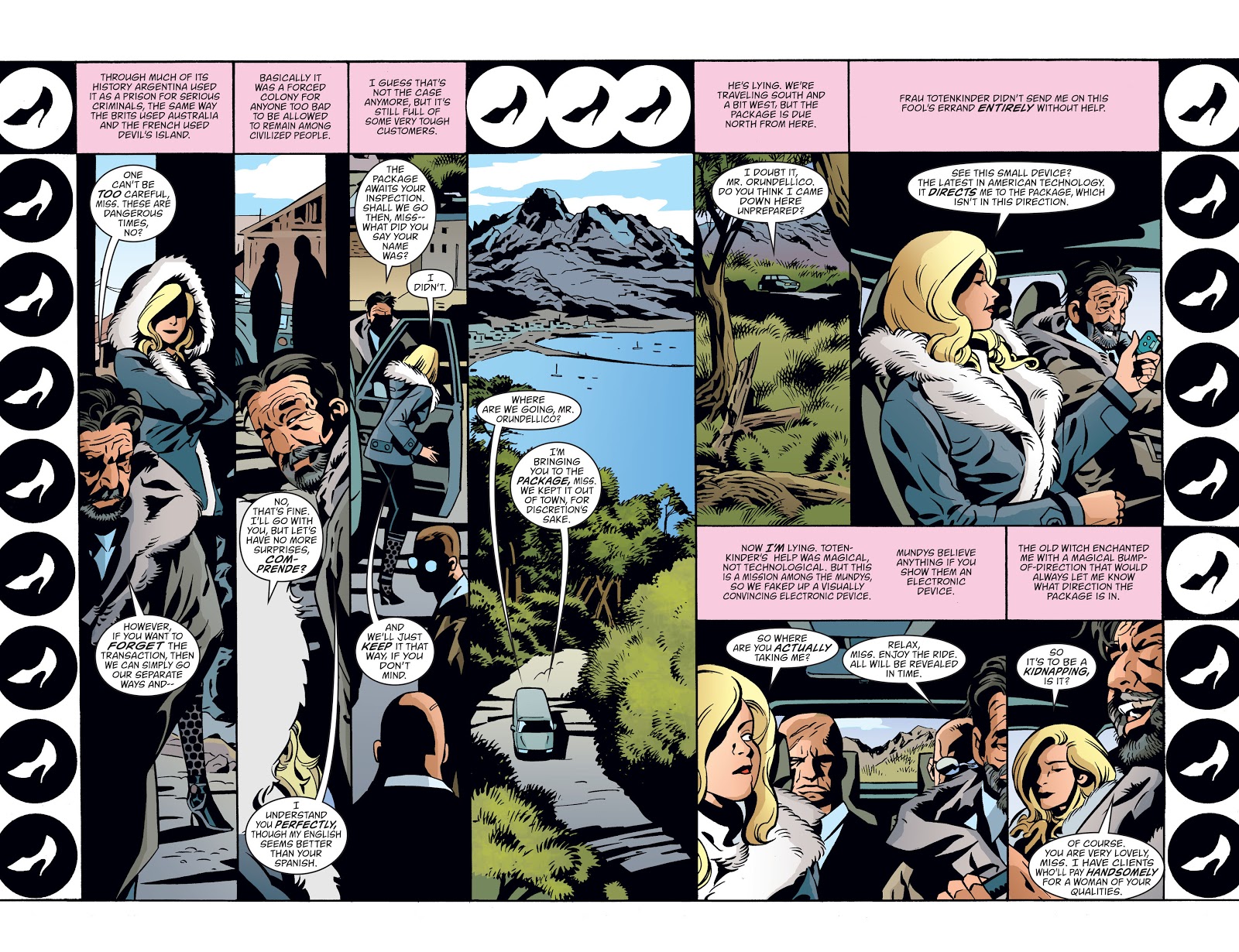 Since the first volume of Fables events have been pushing toward War and Pieces. Fabletown has existed in New York for centuries as a place of refuge for immortals who’ve escaped from homelands over-run by the troops of the Adversary. While they’ve been there for centuries, it’s only ever been a rest stop of convenience, and now the opportunity has arisen to rectify their exile. There are spoilers from the fourth paragraph.

Having set almost everything up in The Good Prince, Bill Willingham toys with the readers for a bit, first by dropping into the Farm, where all the non-human Fables are offered a deal and Little Boy Blue has a pivotal moment, then by following Cinderella on a mission to Tierra del Fuego. Niko Henrichon illustrates the farm chapter, supplying a fantastic Stinky the badger, but it’s regular artist Mark Buckingham thereafter, providing Cinderella a startling faux-1960s outfit to reflect the Emma Peel style episode. He’s also been looking at the 1960s art of Jim Steranko.

There must have been quite some pressure on Willingham to pull off what’s in effect a conclusion after dragging the readership along for a good six years, yet he delivers. The plan enacted as the Fables return to the homeland for the first time in centuries actually requires very few people and very few artefacts as pivotal, but the previously missing element was knowledge. A solution applied very early in the series is re-run on a far grander scale, and most readers should be satisfied with what’s on offer.

The problem that some have raised is a belief that after such a protracted build-up everything was concluded relatively rapidly. It took four chapters, and almost all portions of the grand plan ran smoothly from the get-go. There are a few surprises, and there is a heroic sacrifice from an unlikely source, but it’s generally four continuous chapters of incursion and unqualified success. Surely there’s a real joy in that when it comes to investment in the characters and their plight after years of exile. It seems somehow churlish to bleat this should have taken longer and accumulated a greater casualty list. Would that all campaigns on behalf of the righteous worked as well.

A selection of fine pin-up pages by Kyle Baker, Darywn Cooke, Kevin Nowlan, Eric Powell and Eric Shanower conclude the volume. There are also some lovely design sketches from Buckingham and an afterword from Willingham. Those wishing to can easily call a halt here, but those still enamoured of the cast and Willingham’s fine way with a story can follow on to The Dark Ages. It’s worth it. Both volumes are collected in the oversize hardcover Fables Deluxe Edition Book Nine, or alternatively packaged with five further slimmer paperbacks from before and after as the massive paperback Fables Compendium Two.