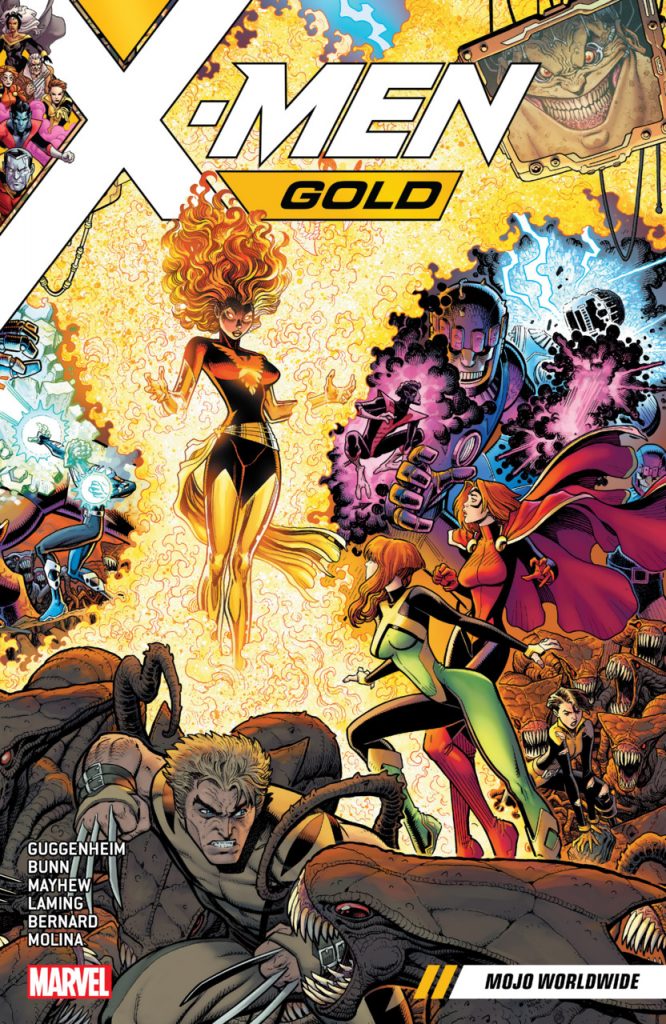 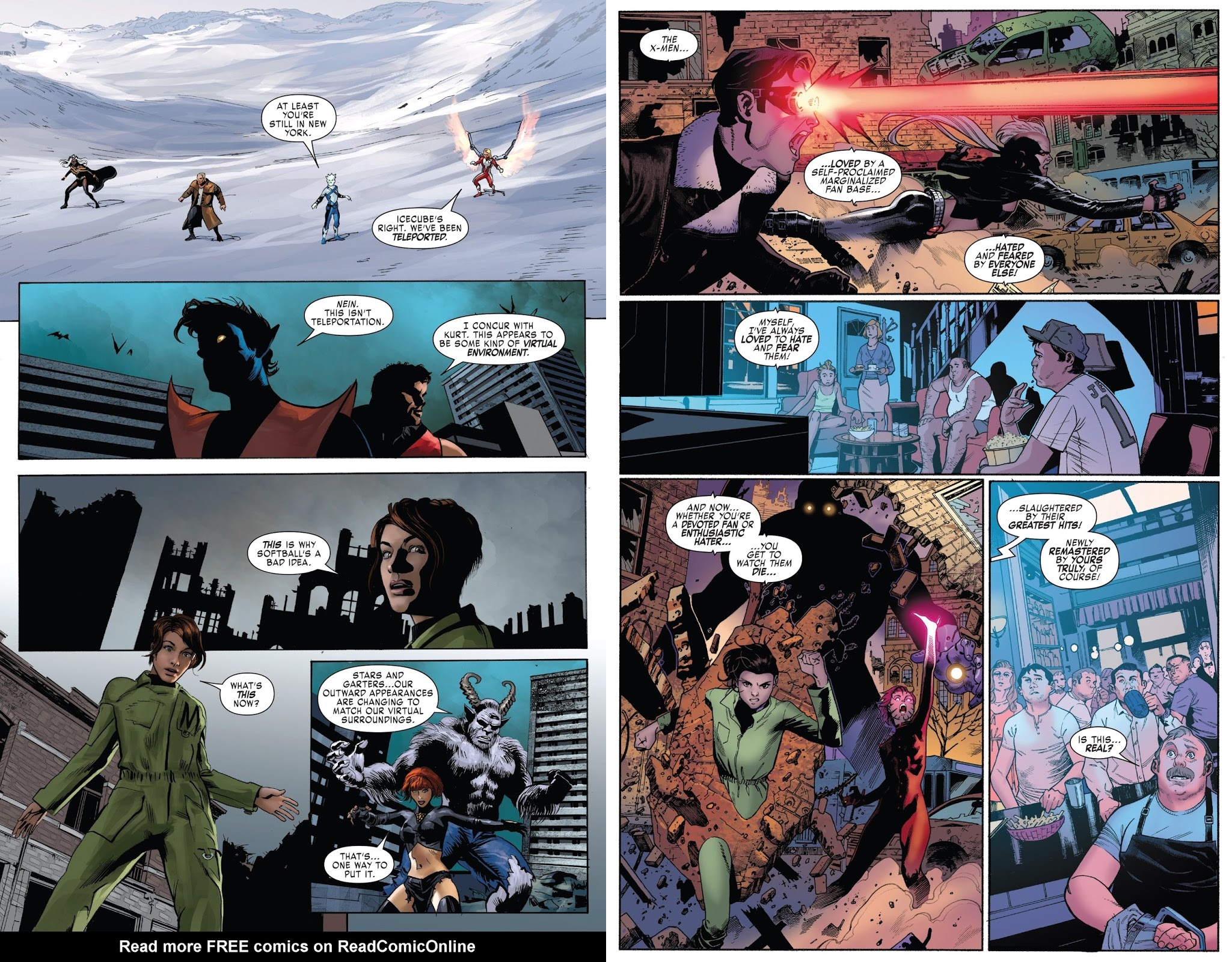 Mojo is an other dimensional tyrant and TV producer, surely introduced to the X-Men’s continuity by Chris Claremont after a distressing encounter with a Hollywood type. Obsessed with ratings and popularity, Mojo has incredible power, and the X-Men have always been ratings winners when he’s abducted them for his features, so when experiencing a dip, it’s back to Plan A for Mojo. The cast of both X-Men Gold and X-Men Blue are again transported, this time separated in environments duplicating arenas where classic X-Men stories have occurred in the past, and transformed into versions of themselves consistent with how they were then. For some this is more traumatic than others, and the kicker is that Mojo has now discovered ‘reality’ TV, but instead of characters being voted off the programme, they die.

Marc Guggenheim and Cullen Bunn alternate the writing, each introducing twisted variations of the X-Men’s past, while the artists have to keep pace with the ever-changing costumes. You’ll have forgotten just how many several characters have used over the years. Jorge Molina (sample art right) draws every other chapter very efficiently, while it’s nice to see work from Mike Mayhew (sample art left) and Marc Laming, artists not known for commitment to a series, also taking on chapters. Diego Bernard is every bit as good in a line-up of first rate artists. The problem all have, however, is that with well over a dozen regular X-Men in play plus all the groups of villains and other heroes they’re set against, no matter how impressive they try to make a spread, simply including so many characters in action means it’s untidy.

A joy of X-Men Gold has been that everything’s explained as the stories roll out. There’s no need to have any familiarity with the X-Men’s convoluted continuity, but that’s thrown out of the window for Mojo Worldwide. While a trip through the X-Men’s greatest hits may be a crowd pleaser for the X-Men fan in their forties or older, anyone who doesn’t remember the dozen or more stories referenced isn’t going to get much from these revisited snippets. Furthermore, the constant shifting from one scenario to another prevents any immersion that concentrating on just a couple of previous scenarios might have provided. So Mojo Worldwide isn’t much of a story if you don’t buy into all those variations of the past, and it sinks any minor sub-plots such as one team of X-Men unhappy that the others are working with Magneto, which makes for a contrived ending.

X-Men Gold continues with The Negative Zone War, while Cross-Time Capers is next for the other team.