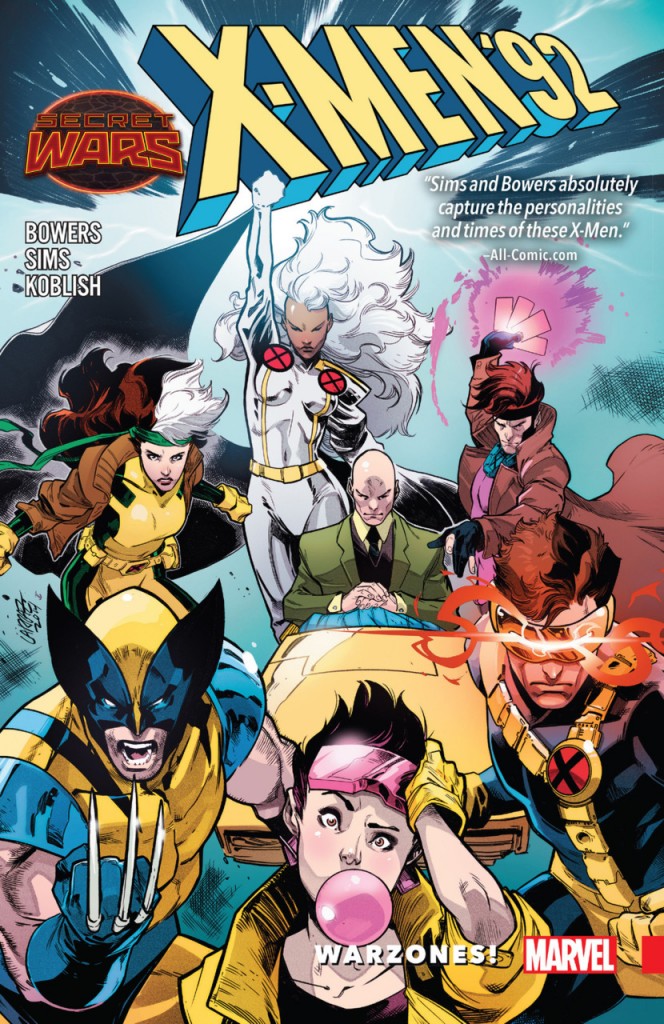 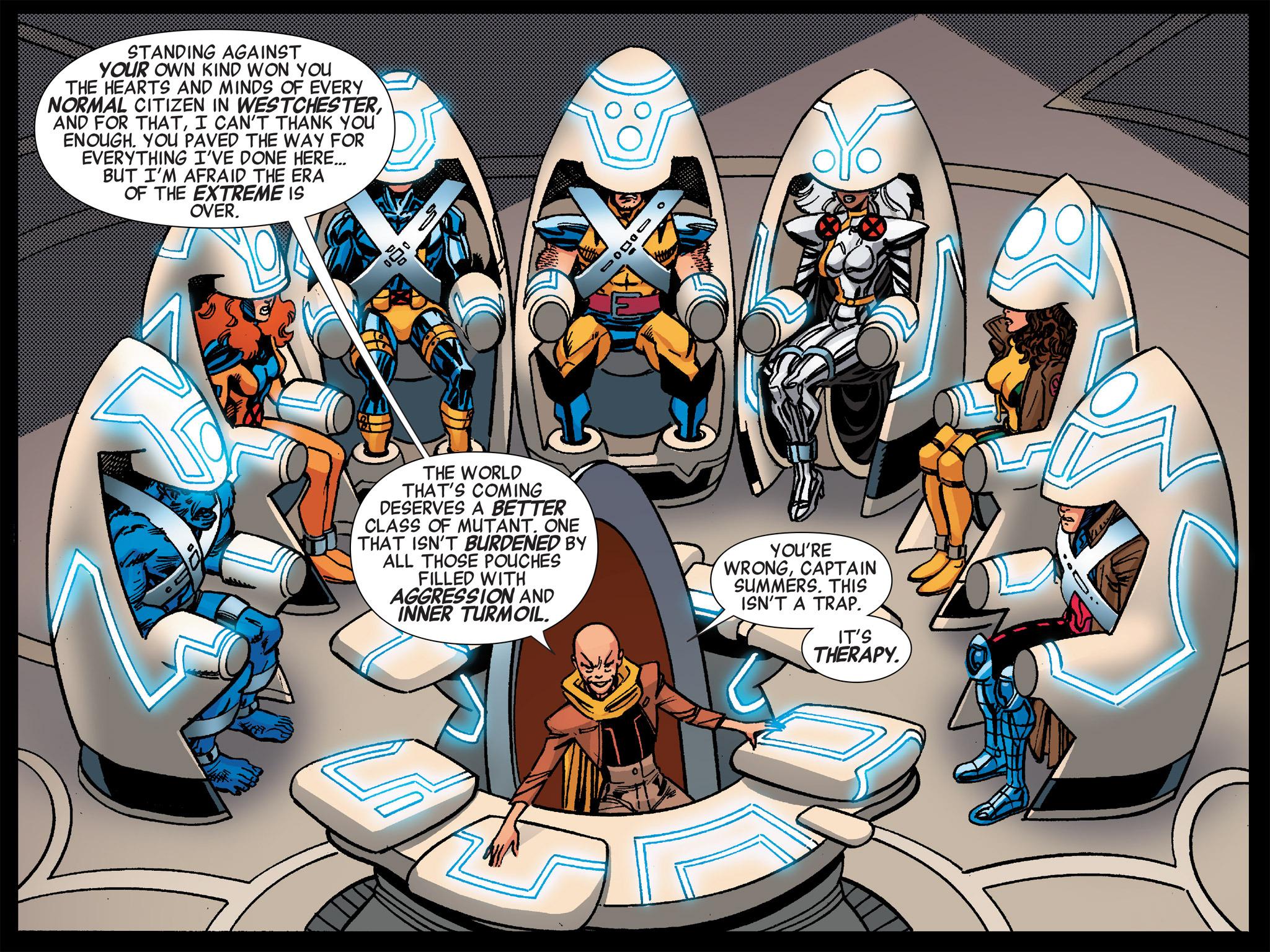 Warzones graphic novels revisit eras from Marvel’s past to present a varied scenario, or take another look at alternate worlds created over Marvel’s rich history. The bigger picture is that they tie-in to the 2016 Secret Wars graphic novel, in which Doctor Doom has created various fiefdoms, ultimately under his control, but each with an appointed overseer. Here we journey back to the X-Men of 1992, a time when Marvel relaunched the title under the auspices of then superstar artist Jim Lee to previously unknown sales volumes.

The costumes and team line up revisit the era, but artist Scott Koblish chooses wisely not to emulate Lee’s art. In fact, if anything, the series looks more like the 1990s X-Men animated series, with deliberately bright colours from Matt Milla. Koblish is an adaptable artist and while the opening chapters are disciplined, as the book continues he’s freed from the shackles and really impresses as he turns out visual variations of the X-Men. Gambit and Rogue as puppets works particularly well, and there are several visual homages to notable scenes from the X-Men’s past.

Joint writers Chad Bowers and Chris Sims deliver a plot in which the X-Men have to decide whether or not a plan for mutant reintegration into society is in their best interests. They’re inclined to give its originator Baron Kelly the benefit of the doubt, but in a clever touch the project director is Cassandra Nova, at the time unknown to the X-Men, but later in their continuity a formidable foe. She’s revealed early, as are her intentions in a plot that has its clever moments. Seeing each of the X-Men dealing with their former incarnations is interesting, but it’s a form of putting each of the X-Men through the psychological wringer, and once we’ve seen the first sequence with Wolverine the point is made. It doesn’t need a repetition with several others.

Around halfway X-Force are also thrown into the mix, as they were in the 1990s, but as depicted by Koblish at least drawn in proportion, and from there most plot elements just drop into a vastly extended fight scene. Some ideas are good, Jubilee with Cable’s humongous gun for a start, but it’s Koblish rather than the plot holding the attention.

The ending is clever, tying into the series as launched in 1992, but overall the book could have been trimmed by half for a tighter story more effectively told.