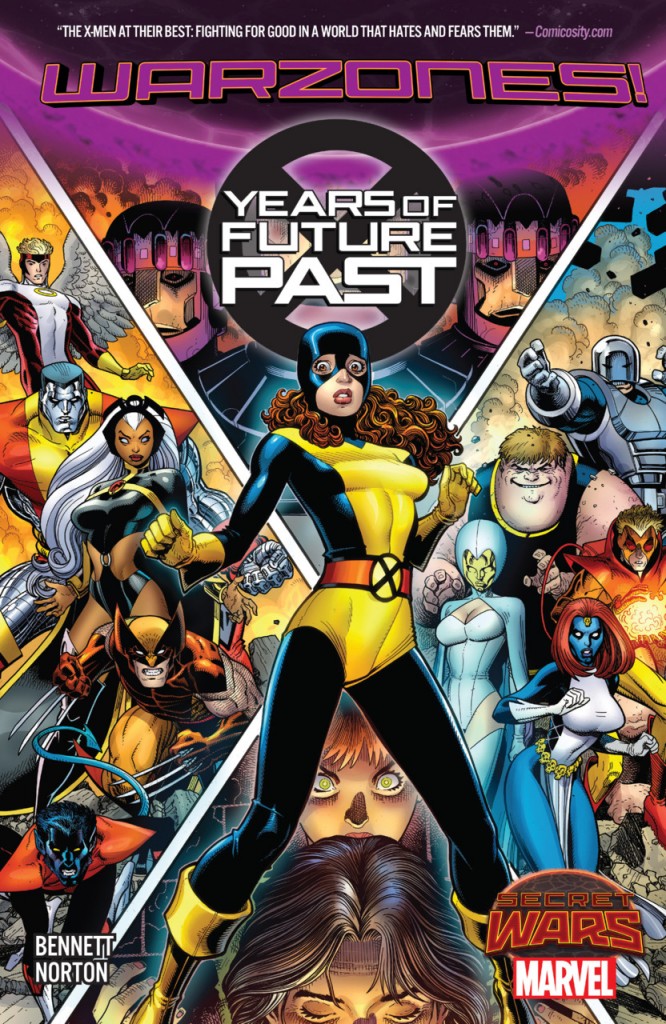 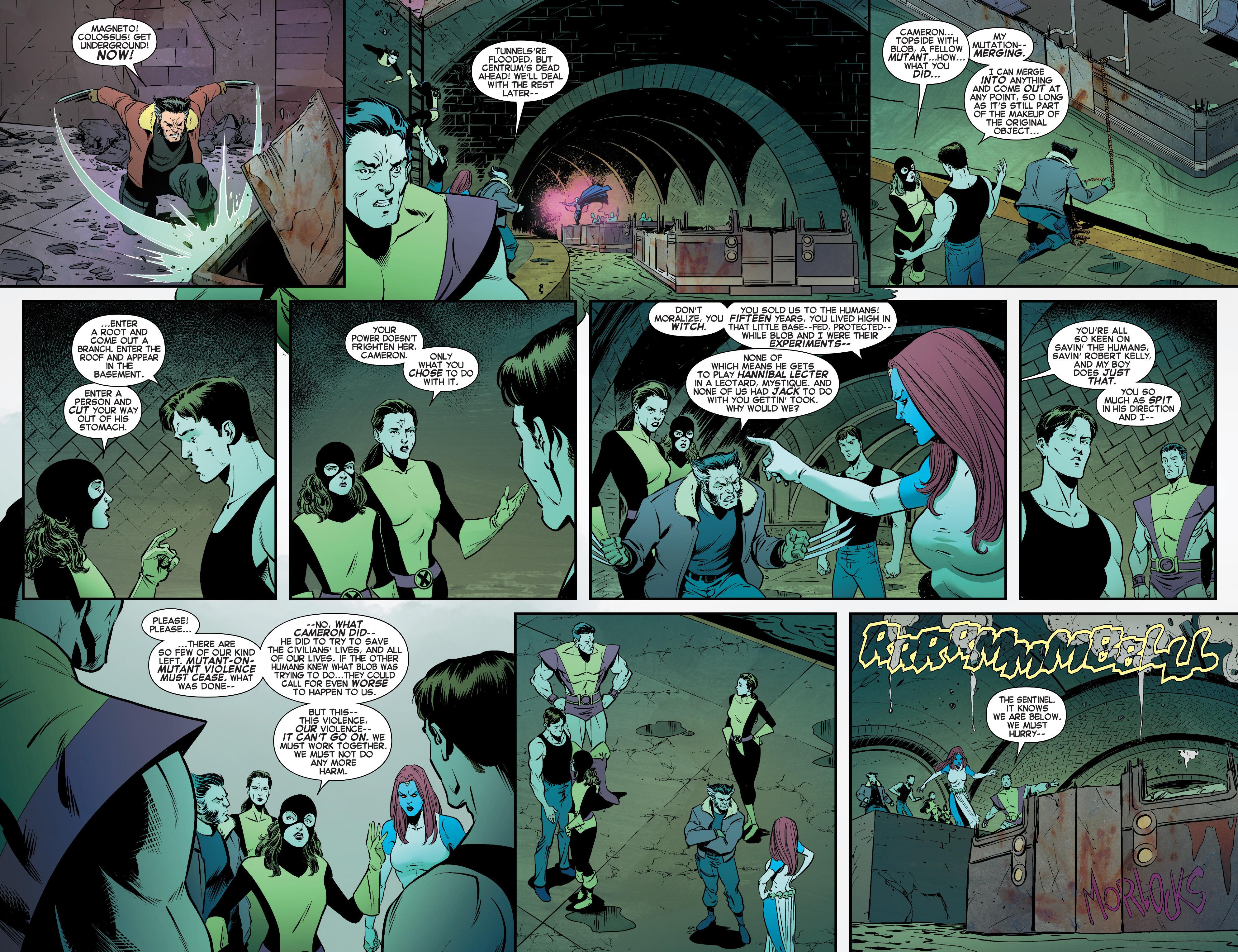 If there’s one alternate version of the Marvel universe that’s caught the imagination more than any other it’s that as presented in the X-Men story ‘Days of Future Past’. Over a compact two chapters Kitty Pryde comes back to the present day from a future in which mutants are branded, subjugated and persecuted, with many better known characters dying in the conflicts before the story begins. It’s been referenced several times over the years, without ever equalling the impact of Chris Claremont and John Byrne’s work, but as such is ideally suited for a Warzones presentation.

In this alternate version we first meet Chrissie Pryde living a hand to mouth existence, although already friends with Wolverine. Her parents are still alive, as are a couple of other prominent X-Men, but the current breed of mutant hunting Sentinels are more powerful than ever, and a despotic and prejudiced president isn’t about to let mutant rights be restored in a forthcoming vote. He has a plan.

Marguerite Bennett is a puzzling writer who handles some aspects very well, yet is poor with others. This is exemplified by one real head slapper of a twist at the halfway point. It’s a shock, and then further exploited well, but the background to it could do with some explanation that’s never provided. Her plot works, if slightly padded to fill five chapters, but she falls down with her dialogue, which has problems that apply throughout, frequently coming across as melodrama and exposition rather than natural conversation between two people. It’s so obvious that it really should have been picked up by an editor. There’s also a really heavy preaching quality to a couple of sections. Bennett’s much better in providing visual spectacle for Mike Norton to illustrate. He has an efficient art style that isn’t showy, but does everything needed to move the story forward and characterise the cast. His Chrissie Pryde is uncertain and vulnerable, and a variant form of Sentinel only briefly seen is a great idea.

The surprise ending comes from nowhere, yet slots in neatly with what’s been established, and here Bennett puts one over on everyone. Otherwise Years of Future Past is often hard going when it shouldn’t be, and yet another meddle with a classic that fails to live up to it.