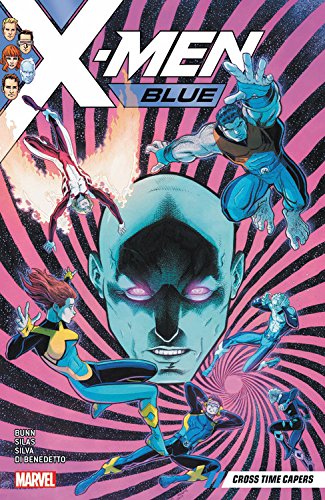 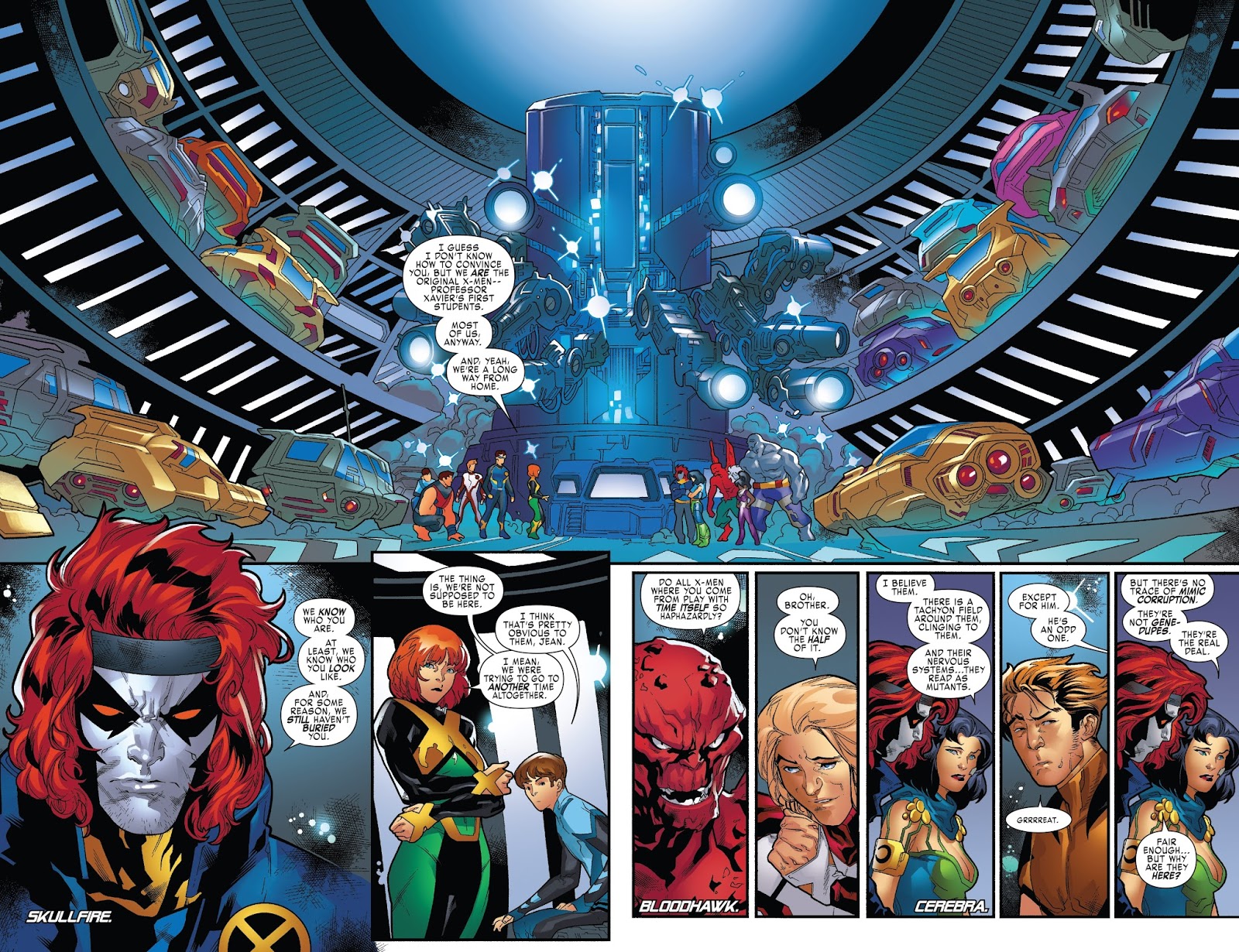 Strictly speaking, the younger X-Men have participated in Mojo Worldwide crossover with X-Men Gold between this collection and the previous Toil and Trouble, but Cullen Bunn makes no reference to it. Early in this series Bunn revealed Magneto was working on a time machine without clarifying why. Now he drops the bomb. The core X-Men team have been pulled from the past, and unless they return there time will be dangerously disrupted. Unfortunately even if you have Hank McCoy’s technical intelligence a time machine isn’t a device configured for easy operation, hence Cross-Time Capers.

Artist R. B. Silva deserves some kind of fanfare for being the first artist on X-Men Blue to date to draw three consecutive chapters. Better still, he manages four, but the opening chapter is the work of Tony Silas. His figures are pointy and angular, he doesn’t appear to have been told most of the cast are in their mid-teens, and his layouts prioritise poses not clarity. As seen by the sample spread, Silva doesn’t lack for talent or ambition, and every one of his chapters has some jaw-dropping spreads and glorious visual characterisation. Not only does he draw more chapters than almost any other artist on the series, but he’s the top penciller. The good news is that’s back in the following Cry Havok, the bad being that it’s only for a single chapter.

Bunn’s plot concerns a twisting of time. Assorted other mutant teams are encountered, starting with the X-Men of 2099 seen on the sample art, as the X-Men attempt to arrive at the point where they were first removed from the timeline. In every case time has somehow messed up. The gist of Bunn’s plot is neat all the way along to the ending, and while perhaps not making the most of everyone seen along the way, long-time X-Men fans will be happy enough just to see some of those people again. The best interlude features Magneto, not as he is in the present, but as he was when an ideologically motivated villain. When it comes to the end the logic used to send the X-Men back to the future is wooly at best, and possibly a missed opportunity. Lingering a while to present some stories about the time-displaced X-Men briefly back in their own era seemingly didn’t interest Bunn. As an aside, perhaps the term ‘wanker’ has different meaning in American English, but either way it’s strange to see it in a standard Marvel graphic novel.

After a shaky start, X-Men Blue has become a solid superhero title, and anyone captivated by the cast might want to head to Venom and X-Men: Poison-X before Cry Havok. 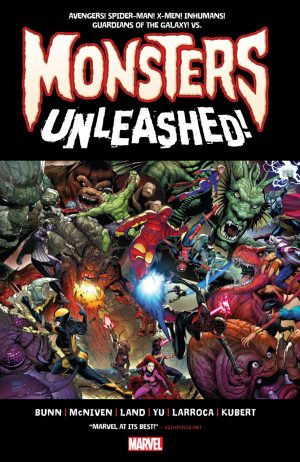 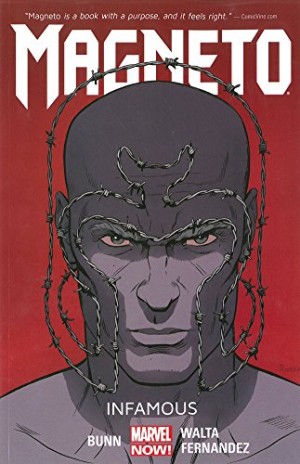