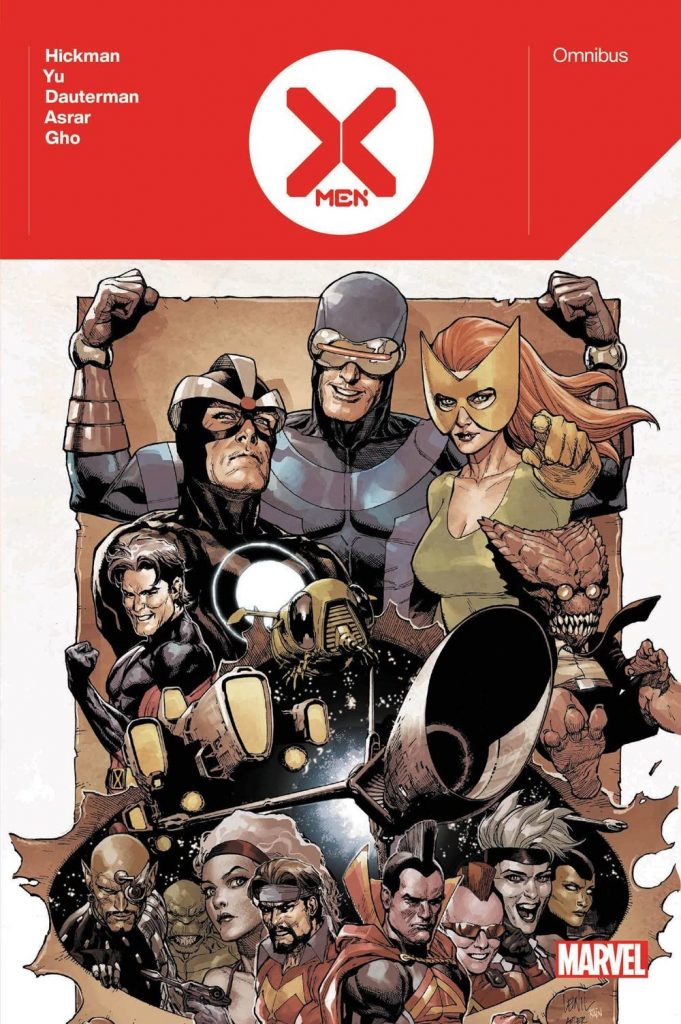 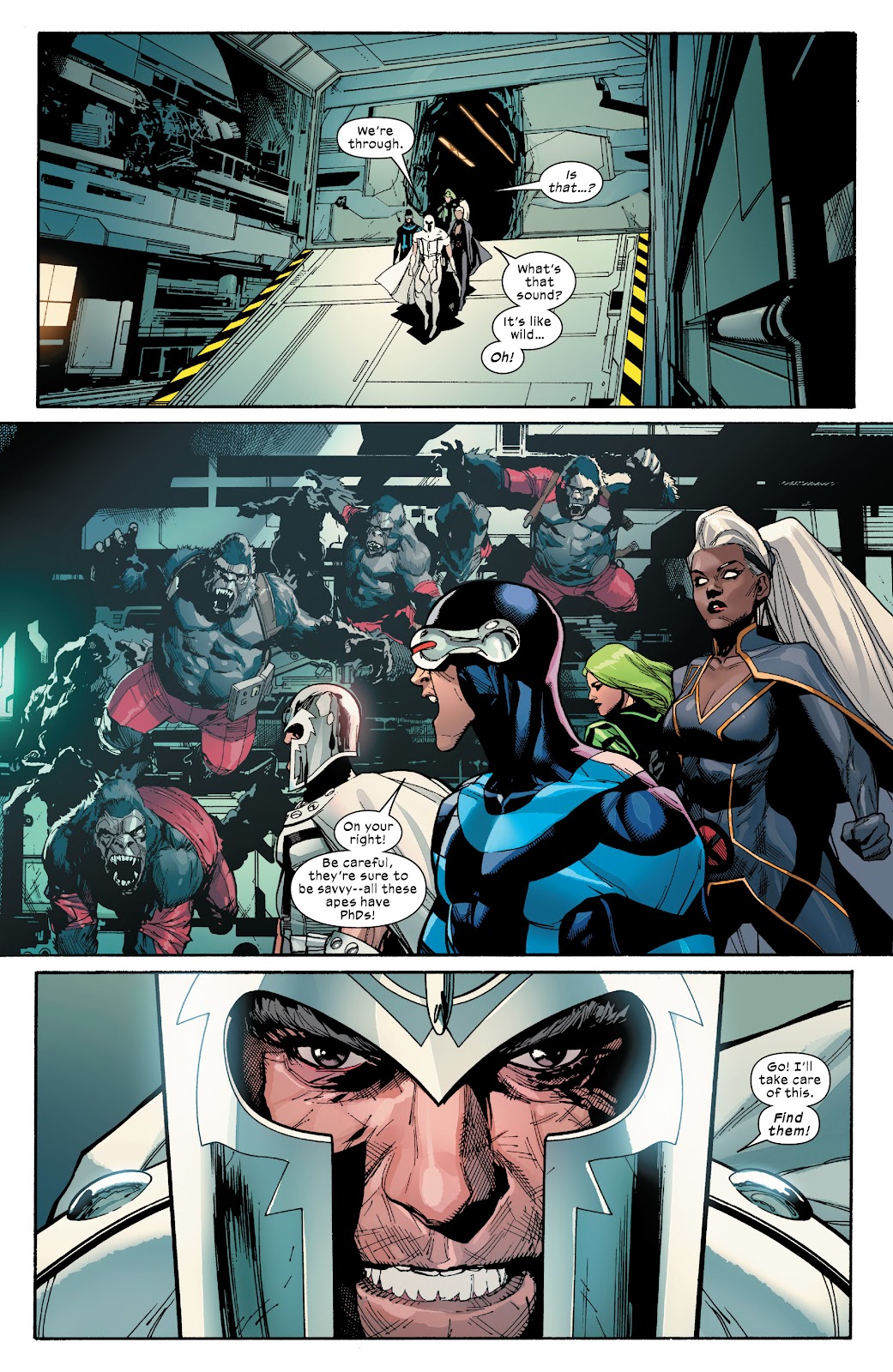 In 2019 Jonathan Hickman was given free reign to re-imagine the X-Men and the world they occupied. What he supplied was an innovative rebuilding of their world set over three separate eras introduced during House of X/Powers of X, mystifyingly absent from this Omnibus. That set out a blueprint of the X-Men’s future, introduced several threats, and established a community open to all mutants on the island of Krakoa, connected to the wider world via transportation gates and offering an array of new florinic-based technology. Hickman then wrote the core X-Men title developing those ideas, while other creators picked up on different aspects for separate titles featuring Marvel’s mutants

As individual issues, and even three trade paperbacks, Hickman’s vision for the X-Men stuttered because the ideas appeared prioritised above all else. While it could be admired how casually Hickman throws in another mind-boggling notion, the impression given was that these were all that mattered to him, and the cost was the character interactions that had sustained the X-Men for years, and any sense of an ongoing plot. How wrong that is. The density was always obvious, but reading all Hickman’s post-House of X/Powers of X work in one run offers a completely different perspective. The plot is there, but Hickman treats the X-Men as a cog in other events, not as an insulated microcosm, and over the opening chapters the priority is examining how the mutant community on Krakoa interacts with the wider world. The long-term planning can be admired, as moments from the earliest chapters are reflected toward the end in a way that wasn’t previously obvious.

However, that opens another can of worms. With Hickman always plotting for the long-term, and this expensive Omnibus the ideal packaging of his ideas, what conclusions are to be drawn about responsibility to readers? Superhero stories have always been serialised affairs – which isn’t to say they shouldn’t build into something bigger – so how much is owed to a reader buying a $3 comic for two years or those picking up a $30 trade every six months if the full value isn’t achieved until 25 chapters are gathered together? Novels were once similarly serialised, yet have long been individual entities, and novels aren’t sold in $80 packages.

A glance at the list of artists reveals some real quality, and considerable illustrative variance, but with most only drawing a single story, and Hickman compartmentalising his plots, there’s no great harm in multiple artists. The sample page is by Leinil Francis Yu, whose tidy superhero stylings grace around half of the collection, although all front-ended. He’s a formidable storyteller.

It should be noted that Hickman’s portions of X of Swords are absent, as they’d be irrelevant and confusing isolated from the remainder of the story. For everything that drops into place reading most of Hickman’s X-Men in one sitting, his version won’t be for everyone. While there is superhero action, Hickman’s interests don’t encompass Wolverine and Sabretooth knocking each other between panels for twenty pages. Instead embrace the wonder, the connections and the vision.

Alternatively, this content is available in paperback as X-Men by Jonathan Hickman Vol. 1, Vol. 2, Vol. 3, and Giant-Size X-Men. 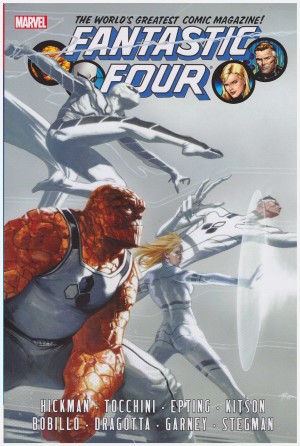