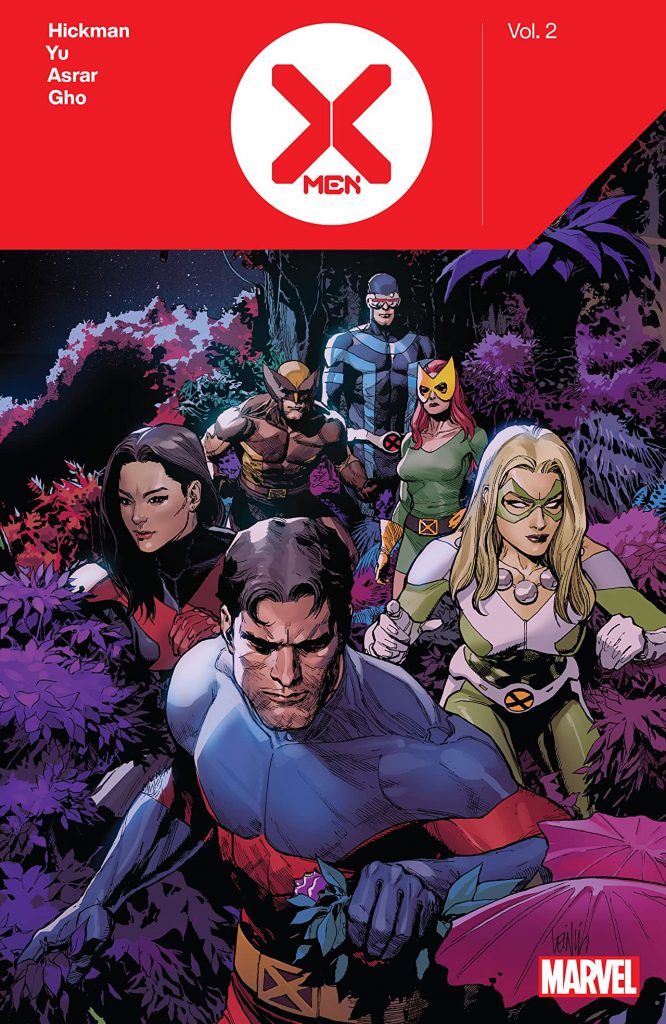 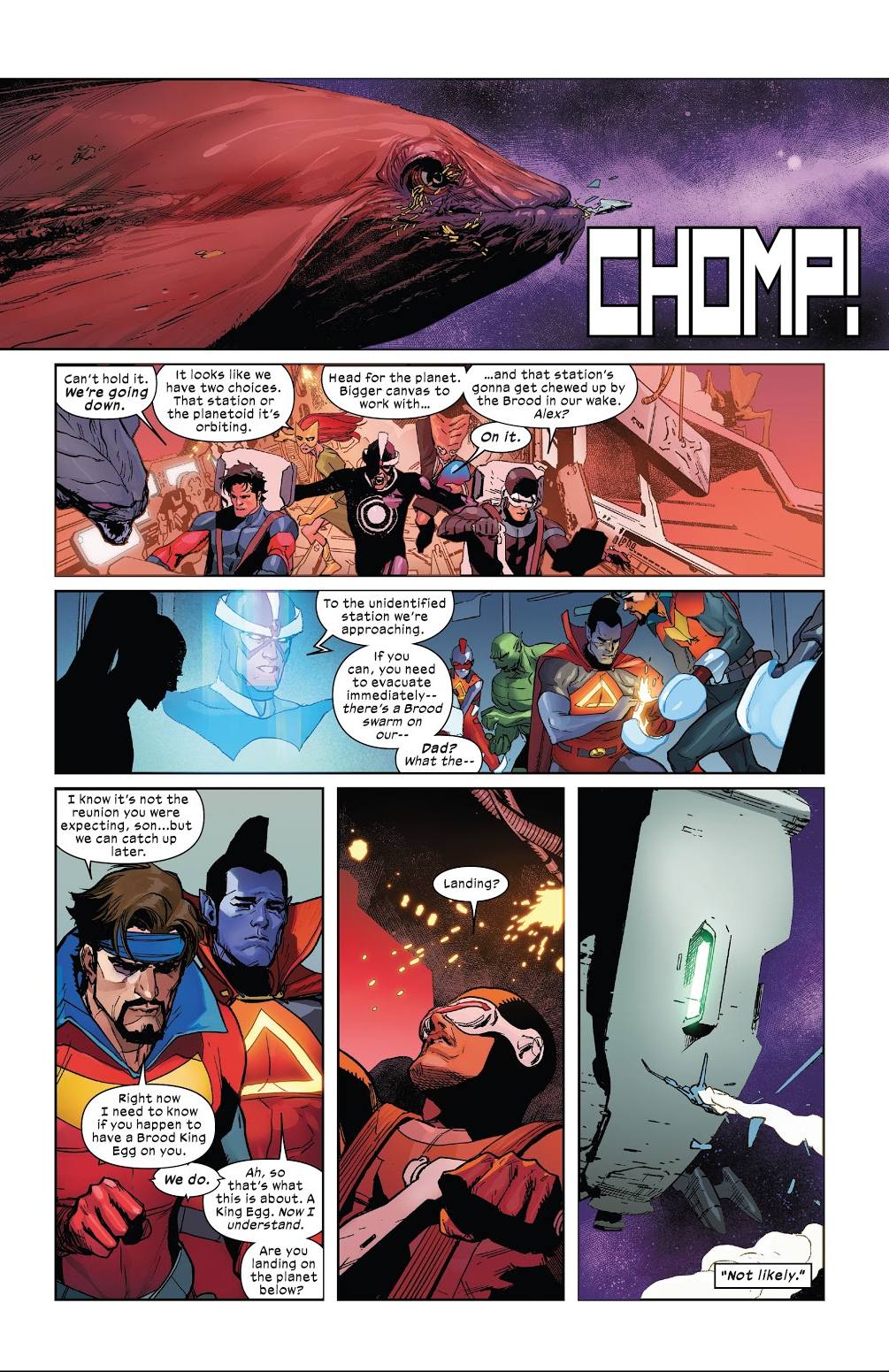 Jonathan Hickman’s version of the X-Men is conceptually dense, one interesting idea after another thrown out, but so far those ideas have taken priority and while anchored to an ideology, the first volume of Hickman’s X-Men didn’t always hit the expected thrill count. As before, with the massive cast of Marvel mutants to choose from, the most commonly seen of them is Cyclops, although that’s not in every episode and can be only in passing.

It’s the ideas that predominate here also, as Hickman begins with a horrific process required before mutants who’ve lost their powers can be restored to what they once were. The long-serving X-Men debating the rights and wrongs before the disturbing process raise the tension, and then we’re actually shown what happens, which is as ghastly as it’s been set up to be, and raises the possibility that perhaps Krakoa isn’t a paradise after all.

Unlike the first volume, there’s more of a sense of closure to what’s supplied. Alien races figure heavily, both dealing with contemporary events in the Marvel universe (vague Empyre tie-ins), and featuring the return of old favourites such as the Brood. Hickman also begins following up on the seeds planted in Vol. 1, especially with regard to Apocalypse and the Summoner, and some of that leads into X of Swords, a story connecting all the relaunched mutant titles.

Leinil Francis Yu again draws most of this volume, packing his panels with people and spending a lot of time designing them to present Hickman’s vision. After a long career we perhaps take Yu’s talent for granted, and that shouldn’t be the case. He’s mightily impressive, and while there’s no problem with Mahmud Asrar’s single chapter, it’s Yu who’s the star turn.

While Hickman pushes some plots forward, he still sometimes isn’t seeing the wood for the trees, with the small details more important to him than the big picture, but this selection entertains more than the first. From here the X-Men’s continuity heads into X of Swords, with Vol. 3 picking up once that’s done.