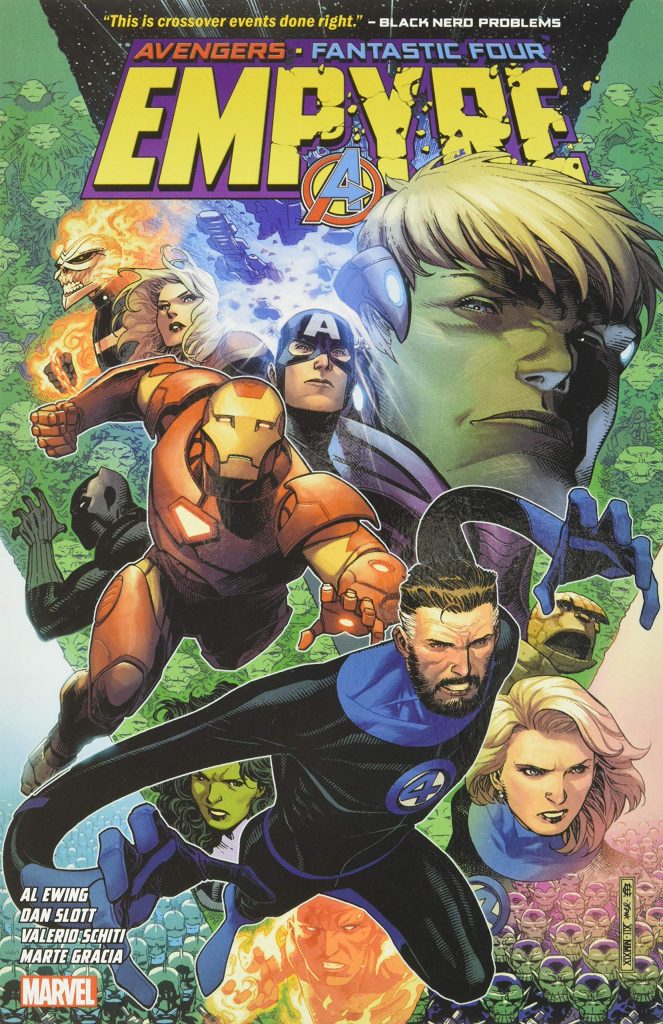 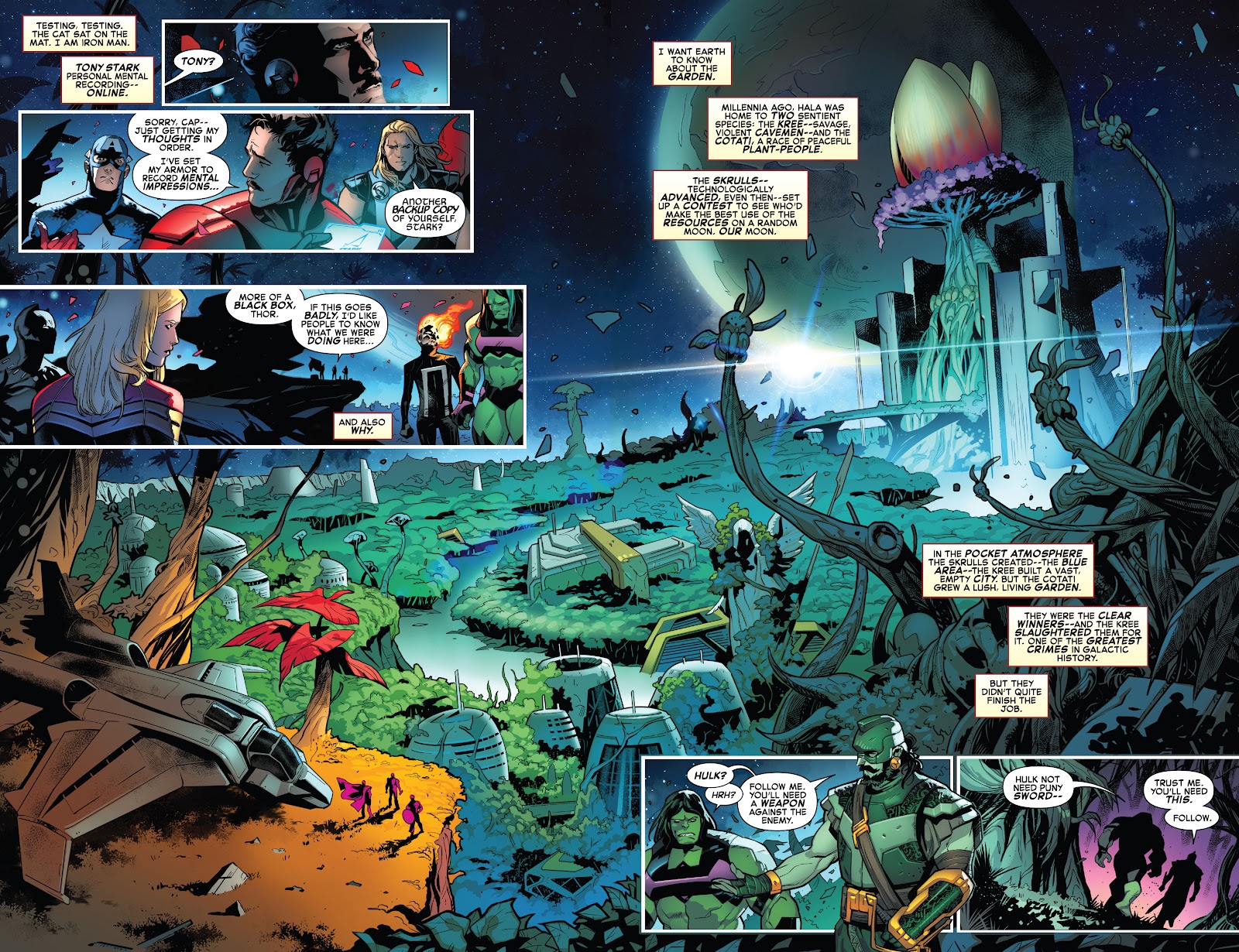 Empyre’s backstory stretches thousands of years into the past to a time when the Skrulls were the galaxy’s greatest power. A well-meaning, but ultimately disastrous contest to decide whether to elevate the Cotati or the Kree race resulted in a war lasting millennia. No-one ever saw the day when the Kree and the Skulls would find a threat that could unite them. It turns out that’s the Cotati.

Bookended by two preface chapters starring the Avengers and the Fantastic Four and two event aftermaths, Al Ewing and Dan Slott seem to construct Empyre to set the two teams against each other. Interestingly, over the opening chapter the reader doesn’t know which of them fights for the greater good. And Empyre is even smarter because Ewing and Slott move beyond the usual bombastic remit of a crossover. They introduce a succession of interesting emotional dramas, some horrific, and some on a grand scale, tinker with a lot of powers, and return several long-forgotten characters, most of them green. What constitutes a King or other leader is given considerable consideration.

Deception of one kind or another is prevalent throughout Empyre, and having the consistent artwork of Valerio Schiti is part of that. He’s a deceptively good artist, and an extremely diligent one. His style has the European work ethic of showing people from distance, and this applies equally to the big spreads, which are complete portraits with multiple figures. What makes him, though, is the rock solid foundations. His characters have visual emotion, his foreshortening never falters and his compositional skills are first rate, yet he flies under the radar of proper fan appreciation.

Ewing and Slott keep the surprises coming, not least finding the space to incorporate a wedding well into the story when the tension is cranked high. They set some grim problems and provide a viable and smart solution to each. A few surprises, though, are contingent on readers having followed every turn of a character’s history, and a Black Panther moment may transmit as contrived for readers who haven’t been following relatively recent developments. However, there are also moments where only older readers will understand the full emotional impact, one being the writers’ treatment of how an old villain’s essentially self-serving character comes to dominate better intentions. Flaws? Well, Thor’s sudden reappearance with new abilities is strange and unexplained, but for that see the Empyre Omnibus.

Two wrap-up chapters give more background and foreshadow the future, but both provide more than that, either the calm after the storm or before it, depending on how you want to look at it. Whereas the prologues are more in the form of tasters, the epilogues are integral, just without fights. Slott provides a very good Thor moment, and brings further change to the Fantastic Four, while Ewing works well through some nuts and bolts on the Avengers section. Sean Izaakse, Pepe Larraz and R. B. Silva draw the supplementary material, and very nicely too.

A case can be made for event fatigue, but superhero publishers still issue a crossover every year, which means critical voices are massively outnumbered by enthusiastic buyers. That being the case, Empyre offers more than the standard bang and flash, being well drawn, smartly conceived, and solidly entertaining all the way through. 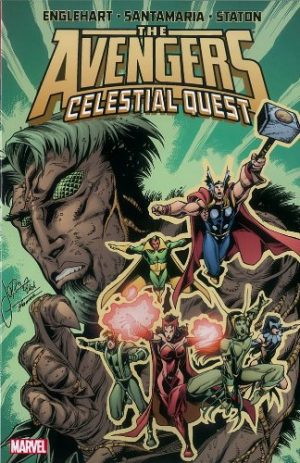 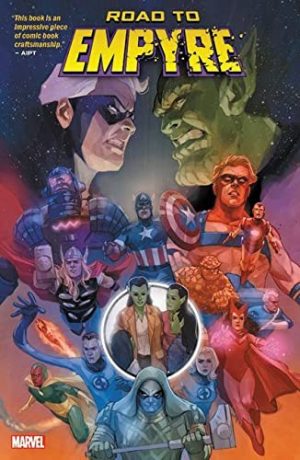