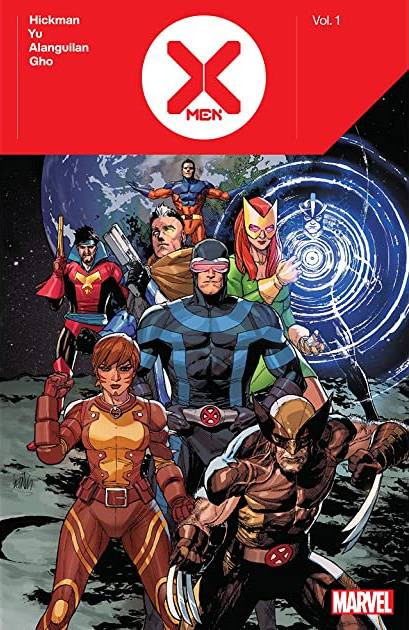 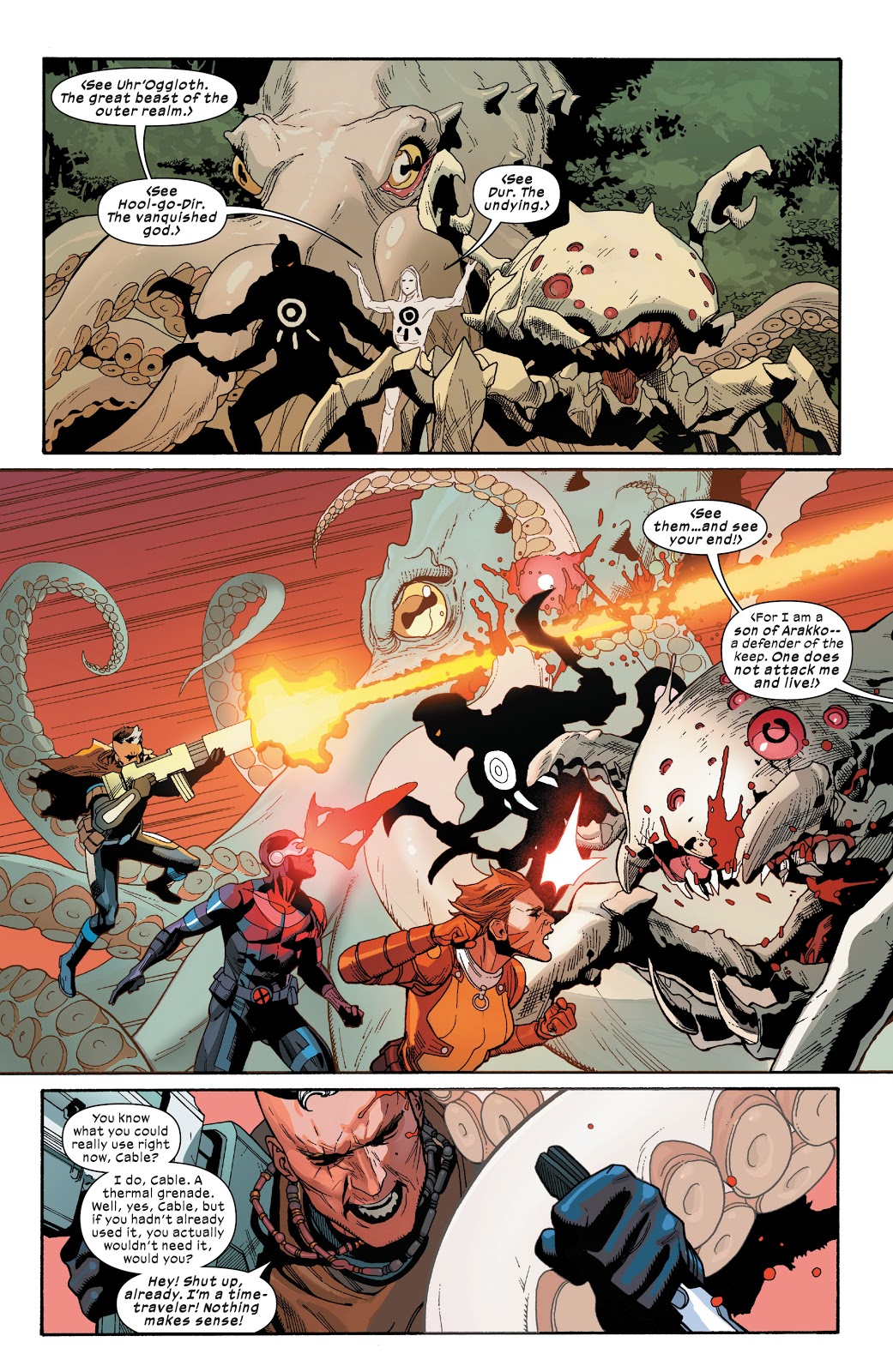 This relaunched X-Men series continues from the events extrapolated in House of X/Powers of X in which Jonathan Hickman redefined the X-Men’s position in the world. The simplified version is that all mutants have bought into the idea of a mutant-exclusive community housed on the mutant island of Krakoa, instituting their own self-governing island state. As the person who devised the new way of things, Hickman presumably had first pick of which of the many, many, mutants would be on his core team, and he’s chosen to concentrate on a rotating cast with Cyclops the only constant in the six stories presented here.

Despite the reassuring presence of superhero superstar artist Leinil Francis Yu, this isn’t your normal X-Men collection, and it’s not entirely successful. Just how far Hickman’s interests coincide with those of the average X-Men fan is something to be played out over time, but he’s fascinated with the mechanics of how the mutant community integrates with the world’s existing power structures. That doesn’t leave much room for Wolverine and Sabretooth going head to head, and what action scenes there are come surrounded by pages of exposition, some of which, whisper it, are frankly dull. Not that threats are absent. Mutants ostensibly co-existing peacefully removes vast quantities of X-Men foes at a stroke, so Hickman replaces these with new threats such the Summoner, an extremely adaptable bunch of scientific minds, and a bunch of old women in armour. Seriously. And it works.

As he did when rebooting the X-Men universe, Hickman includes text and design explanation pages introducing characters and concepts, and his X-Men is certainly conceptually dense. Breathtaking ideas tumble out as Hickman considers the possibilities of a mutant nation and what the powers of individual mutants enable them to do, but some need a lot of explaining as they’re heavy on science. There’s no hard and fast rule on what the X-Men should be, so it’s a valid approach and at its best it’s exhilarating. Hickman’s main thrust is admirable, and in a single chapter he outlines why the world is as unfair as it is, what could be done to create more equitable societies worldwide, and explains how the long enmity between Mystique and the X-Men is defined in the new era. The chapters not drawn by Yu feature the talents of R. B. Silva and Matteo Buffagni, so everything looks good. However there’s an overwhelming emotional sterility as Hickman’s ideas trump characterisation.

As a franchise, going back to the 1970s the X-Men have considerable history with dangling plots, and that suits Hickman’s writing style. He’s always plotted for the long term, and his stories read better collected than they do as individual comics. It’s therefore too early to complain too loudly about a first volume introducing six major plots and resolving none of them, but it’s hoped the second volume will be more consistent and resolve a few issues. This leaves Hickman’s X-Men as well conceived and intellectually stimulating overall, but a work in progress. Naturally enough, Vol. 2 is next. 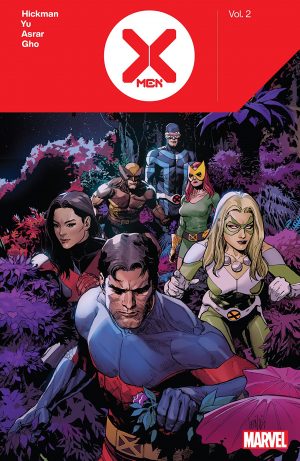