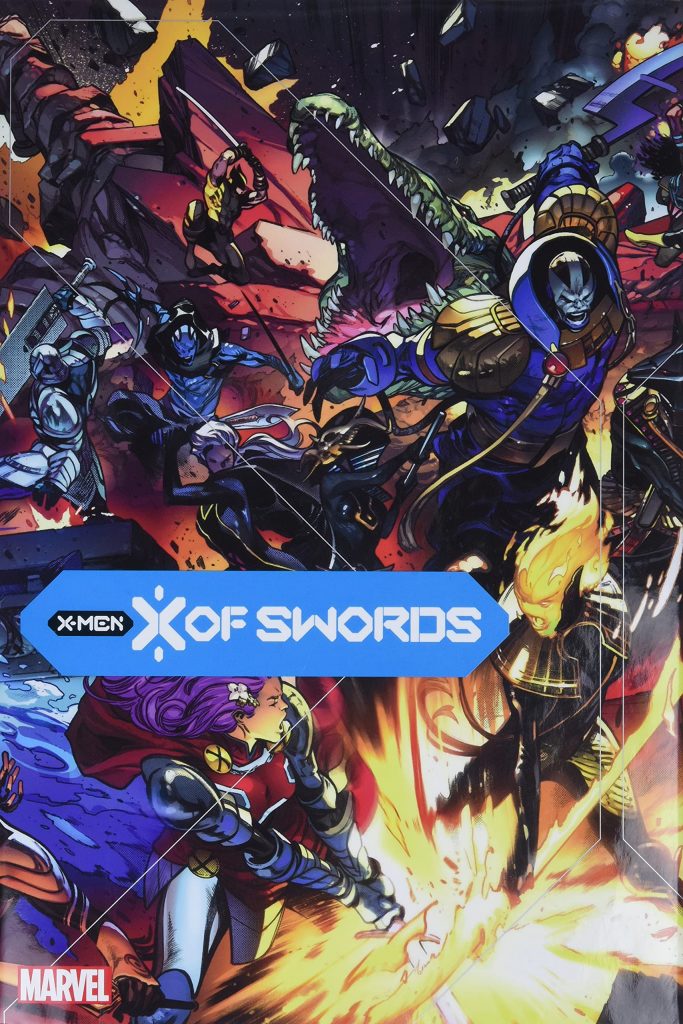 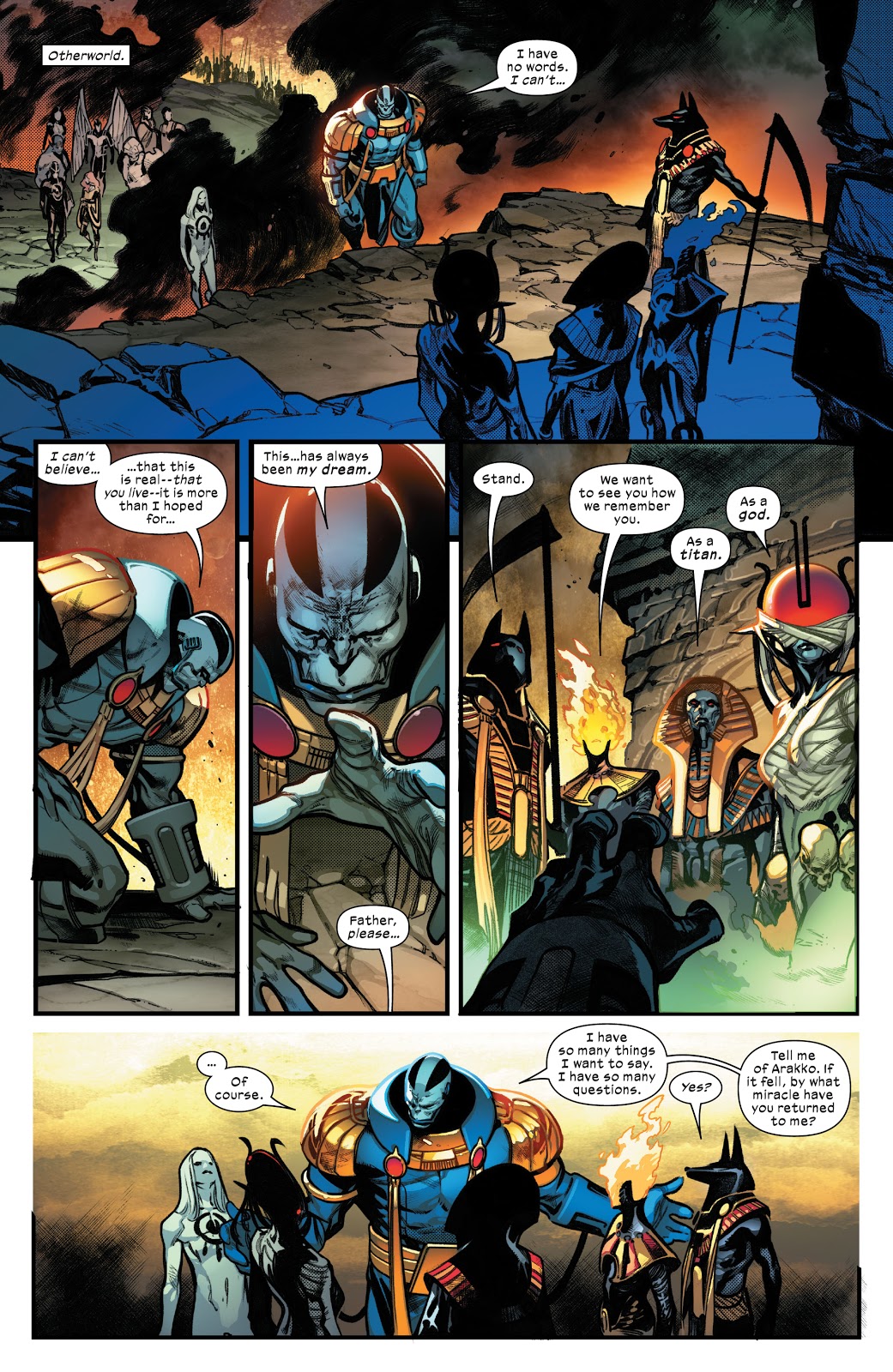 X of Swords is a massive collection clocking in at over 650 story pages in the hardcover edition, while two Marvel UK paperbacks Vol. 1 and Vol. 2 still rate over 300 pages each. Jonathan Hickman is the equivalent of the show runner, but with a story that originally spread into nine different titles, other writers also contribute.

Hickman has to be credited with considerable drive, although that’s hardly been a shortcoming in his other work. He mixes superheroes and fantasy to create a viable environment with the crucial difference that the contributions of others feed in smoothly because those creative teams aren’t locked in to a particular mood or outcome. Indeed, X of Swords must be the only superhero crossover story in comics where the multitude of creative inputs enhances rather than detracts from an overall aim. Game of Thrones had been the hottest show on TV for several years before work began on X of Swords, and without being derivative, Hickman matches the same ambitious cohesion, dropping at least one visual homage along the way. He and his collaborators create a consistently unpredictable story, broad in scope and with a large ensemble cast.

To help with that there are numerous text page interruptions offering information. It’s sometimes just an encylopedia entry, but often these are wittily modified, such as Mojo’s comments regarding TV spectacle. Should we need these for reading comics? Does it betray the art form? No. If a few text pages can ensure understanding of a far more complicated story overall, then bring them on. Besides, they also move the background elements of the plot. “From this day forward the X-Men are no more”, for instance, which is more than the usual sensationalistic tagline.

For much of the X-Men’s history Apocalypse has remained above and aloof, and while there’s so much else going on, if there’s a central plot thread running from beginning to end, it’s his story. We learn definitively who he is, who he was, and where he came from along with why he’s one of Earth’s longest-lived mutants, and what his agenda has been all along. “Thousands of years ago I gave up half the world to stop these monsters” is his assessment of a coming threat, one readers can therefore take seriously.

The sample art from Pepe Larraz shows the start of those revelations, and his pages opening and closing the story are stunning, yet that applies to almost all of the other eleven artists used. Leinil Francis Yu’s pages are particularly clever, used at the beginning to explain the history of Arakko, while later the same events with the same art is recontextualised by Hickman’s different narrative captions.

Broadly speaking, the story splits conveniently into two halves, and Marvel’s UK editions separate it as such in Creation and Destruction. The first half is a gathering and the second a very different set of clashes than those we’re led to expect. X of Swords is superhero fantasy on a massive scale with a towering ambition that’s matched by the outcome. It’s very, very satisfying.