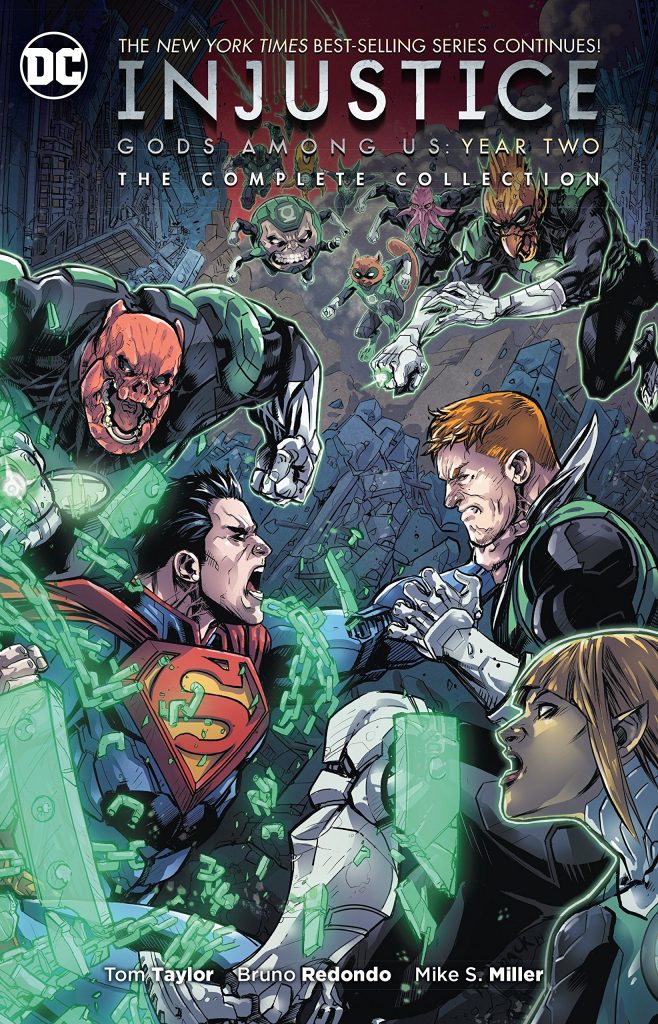 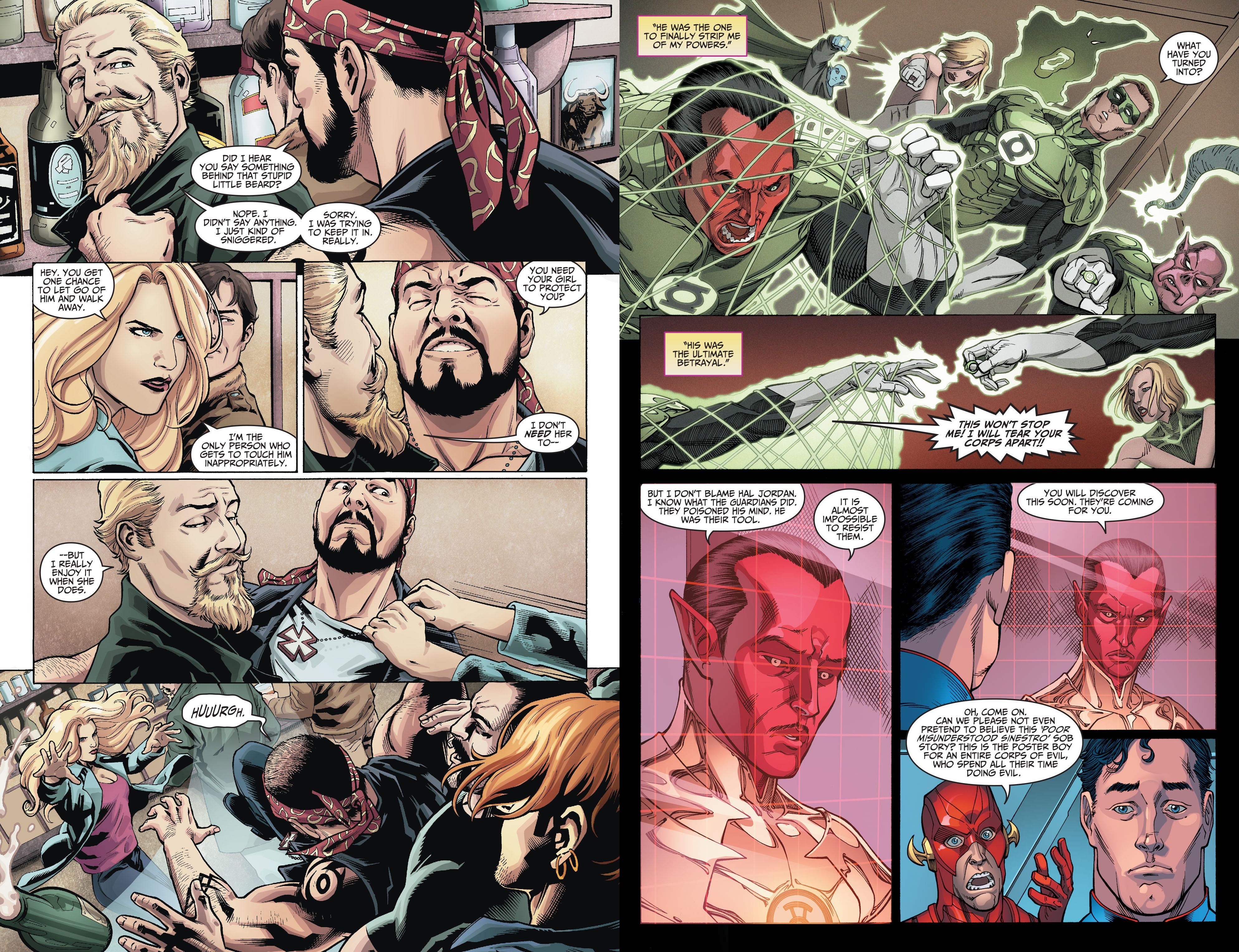 In what was later retitled Year One of Injustice Gods Among Us, Tom Taylor began the process of building the world seen in the Injustice console game, one where Superman is a tyrant who’s taken over Earth and other heroes under Batman’s guidance are trying to bring him down. By the end of that first volume there might have been a chance of Superman still turning back from the path he took when Lois Lane was murdered, but by the end of Year Two Taylor’s ensured that door is comprehensively slammed shut and bolted from both sides.

With Batman out of action, several other key players join the cast. Black Canary has been seen before, but her purpose here is far more significant, and Guy Gardner and Green Lantern enemy Sinestro are the two new and noteworthy additions. Perhaps Gardner is toned down and more reasonable than might be expected, but this is a world where Lex Luthor was Superman’s friend, and he does get to address some heroes with “I’m kind of impressed that you’ve clearly pissed off an entire country without me”. The use of Black Canary, the previously seen Gotham Police Commissioner Gordon and Sinestro is as phenomenal as Taylor’s foreshadowing. On several important occasions something we’ve seen before occurs, and it’s been recalibrated brilliantly, never more so than in the final pages of the story’s major battle.

Year One concentrated on how Superman gradually turned to the Dark Side on Earth, and Year Two takes a look at the wider repercussions through the universe as the Guardians and their Green Lantern Corps take note and don’t like what’s happening. As previously, Superman’s manipulation is key, but Taylor conceives a fantastic logical point when the Guardians come calling, asking him to call a halt to his activities. Also notable is his presentation of Hal Jordan, who fascinates as a man credibly torn between duty and belief.

Bruno Redondo is a new artist for the series, but astonishingly good, able to handle any kind of emotional requirement for the cast, and supplying thrilling action scenes. Several artists illustrate a dozen pages at a time, but the other mainstay is Mike S. Miller, whose work graced Year One, and matches those standards here. The first volume was a page turning action thriller on a grand scale, and this is even better.

If preferred, it’s possible to pick up this story over two paperbacks, volumes one and two, and the same applies to the following Year Three.