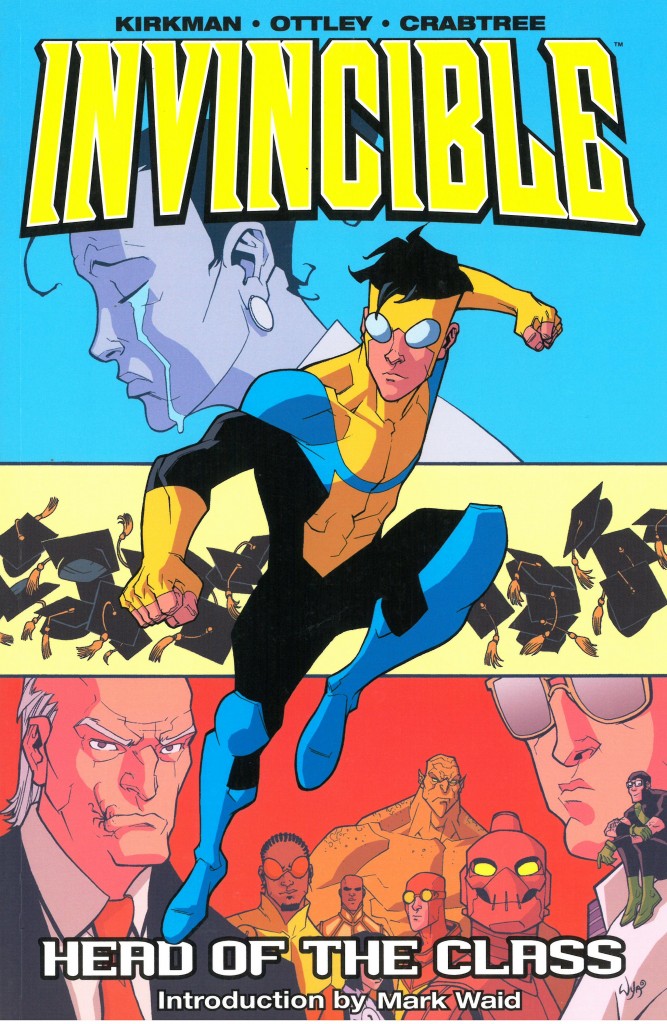 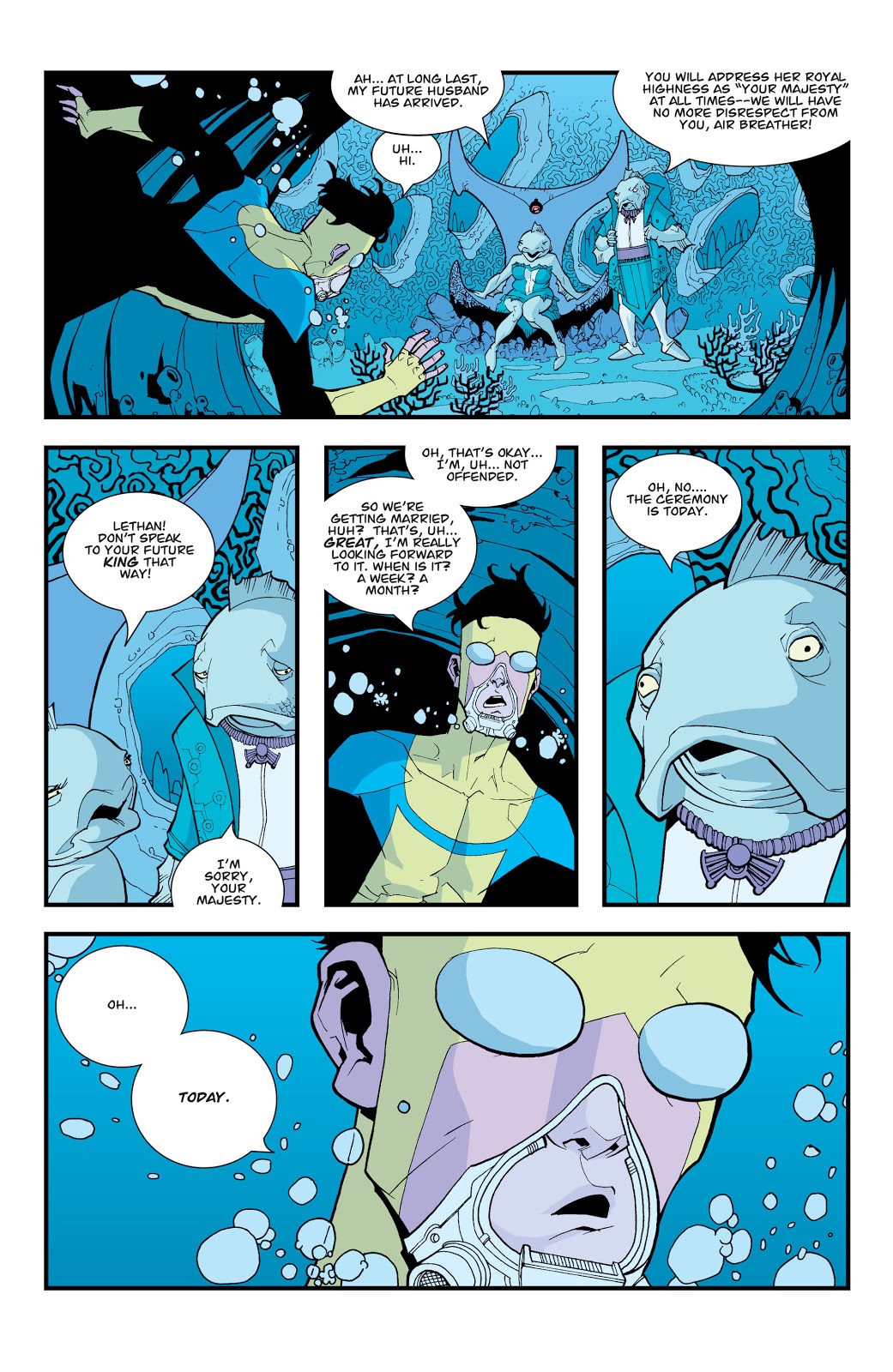 This continues the story of Mark Grayson born of Earth and Viltrumite parents, who’s inherited superpowers including invulnerability from his father. Mark is Invincible, and along with other more human superheroes, flies about the world derring do and righting wrongs, often of extra-terrestrial origin. The first three volumes deal with Mark gaining his powers, leaving school for college and enduring a cataclysmic family breakdown. Unlike other tales of marital discord, the government steps in to support the Graysons and provides Mark with federal approval and endorsement. The payback is that Mark is directed by Cedric, the head of a really top secret government agency also directing human superheroes who have passed auditions for the reconstituted Guardians of the Globe.

Invincible undertakes various missions for Cedric, visiting the bottom of the ocean to marry the Queen of Atlantis – escaping by use of his wits as well as his strength – and off to Mars to ensure a manned craft returns safely. Most of them do and although he counted them all out and counted them all back in again, they are not all necessarily who they appear to be. In the meantime Angstrom Levy, an evil genius (and with a name like that, suspicions linger that any other career path was always a non-starter) is collecting versions of himself from alternate dimensions with the help from the permanently bickering Mauler Twins. If Oasis hadn’t so glaringly failed to conquer the USA, you would be forgiven for thinking they had been inspired by the Gallagher brothers. Mark also graduates from school and encounters some justifiable questioning from those nearest and dearest to him. Added to the mix are a collective of super-villains whose leadership changes are inadvertently facilitated by Invincible and the Guardians.

In Head of the Class Robert Kirkman continues Invincible’s story at a breakneck pace, and the skillful fusion of many disparate plot strands demonstrates Kirkman’s confidence in the world(s) he has created. Artist Ryan Ottley displays a similar sense of fun with the new heroes, villains and aliens that are so assuredly introduced. Invincible continues to show a real swagger and surefootedness in taking plots off in unexpected directions, keeping the story fresh and moving forward. This volume also helpfully highlights the disadvantages of snacking in the vacuum of space, which is a public service that few graphic novels provide.

The entire content can also be purchased in the hardcover second volume of  Invincible Ultimate Collection along with everything in the following volume, The Facts of Life.