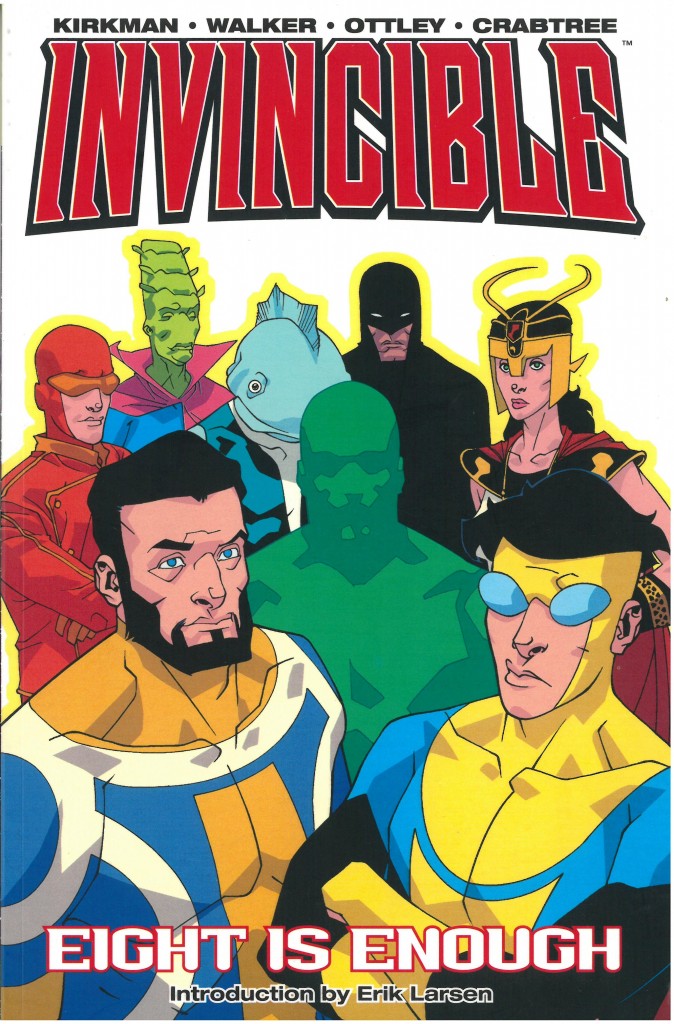 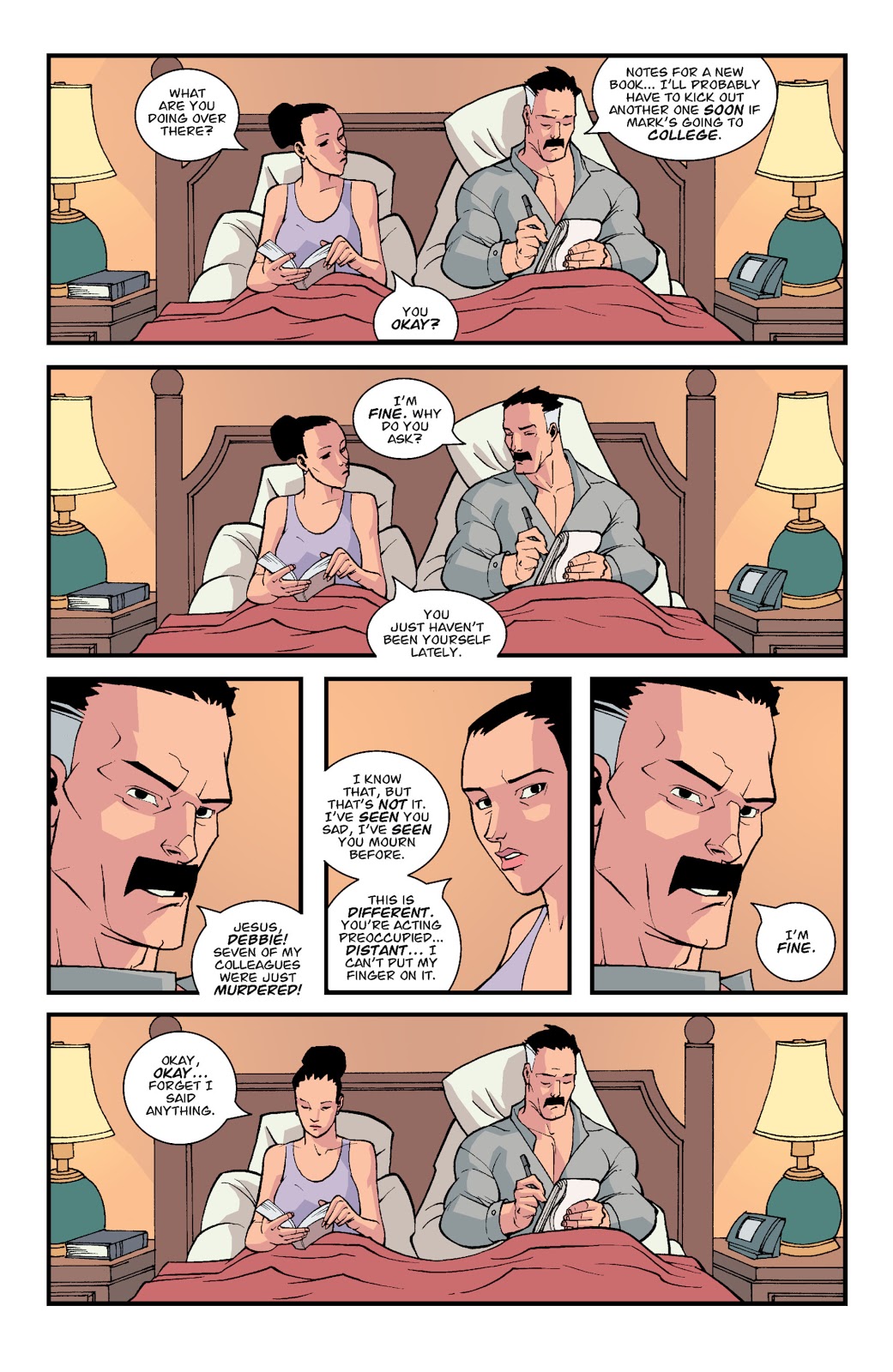 Invincible’s second collection picks up with Invincible, aka, Mark Grayson balancing superhero activities with school and a normal home life. A favour for Dad, planetary protector Omni-Man, sends Invincible into space, holding his breath literally and metaphorically to tussle with Allen the Alien, a character who’ll feature throughout the series. The story clatters along taking in visits to college, a marital alone-time interlude for mom and dad, teenage relationship breakdown, and the type of eventful interment that even puts Johnny English into the shade.

Having set up a seemingly perfect situation for Invincible, writer Robert Kirkman now starts to shake the tree just a little. A catastrophe for the Guardians of the Globe turns out to be the early stages of Invincible’s life being turned upside down and inside out. Cracks are starting to show in Mark’s once  idyllic life, but along the way, some naturalistic (if that epithet could ever be used in this universe) humour plays out very well. That’s after a reveal so dramatic you’re not immediately sure if you have read the calamitous event properly. Or whether there is a case of mistaken identity.

Cory Walker’s art continues to highlight little nuances that could be otherwise overlooked, such as being caught between two ex’s determinedly trying to ignore each other, but to counter that, the inclusion of a character who dresses very similarly to and speaks in the same manner as Rorschach from Watchmen is a jarring element. The appearance of the Guardians in chapter three features a range of different pencillers and inkers for sections relating to individual team members, which is effective in establishing their own identity. The final chapter has the arrival of Ryan Ottley as artist, equally good, and someone who’s around for the long haul.

Invincible is a light confection that doesn’t trouble itself with any larger issues beyond the story itself, but it’s a good confection and one that is pretty near irresistible. It can also be found along with preceding collection Family Matters, and the next volume Perfect Strangers, as volume one of the hardback compilation Invincible: The Ultimate Collection.