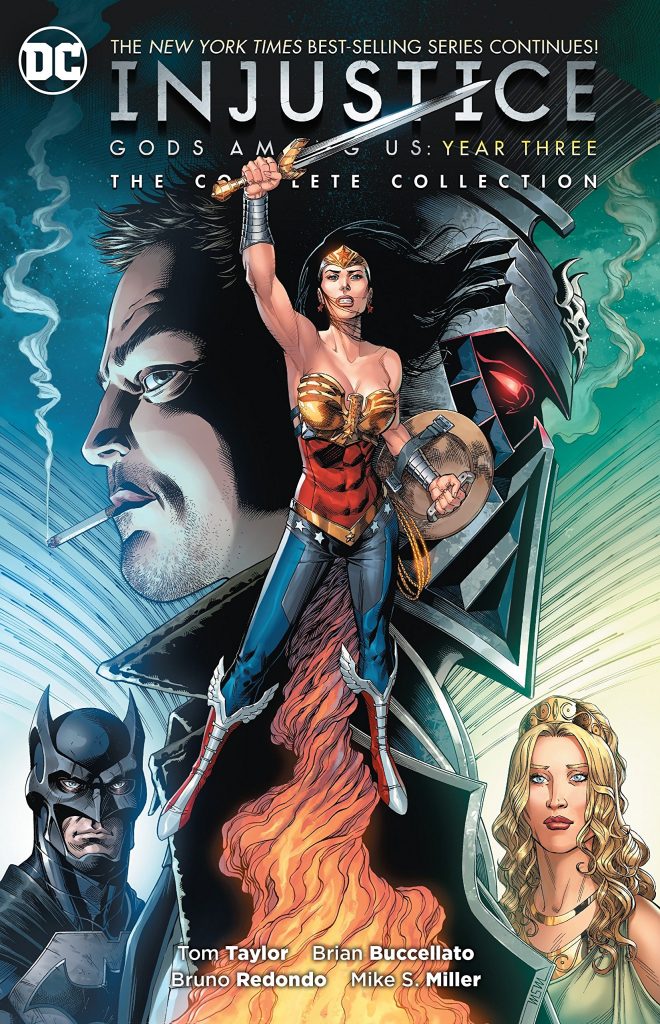 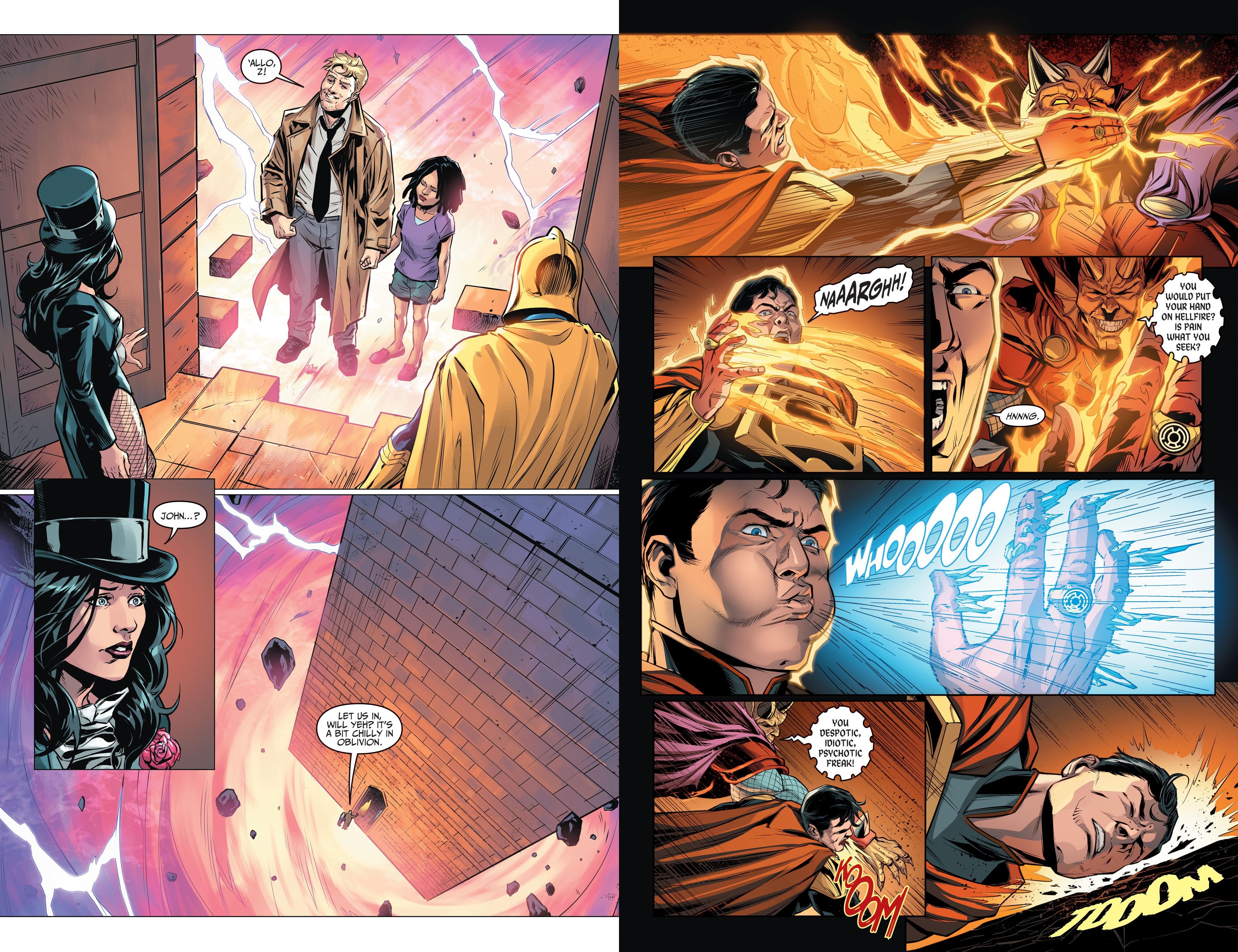 It’s been Tom Taylor who’s presented this alternate world of DC’s superheroes over Year One and Year Two, but at the halfway point of Year Three he jumps ship, leaving Brian Buccellato to write the remainder, seemingly drawing from his plots to complete the story. It results in an uneven book.

Until now Superman’s had no real contact with those dealing in magic, who’ve only been seen in passing, Doctor Fate providing a safe haven. That changes as John Constantine takes a hand, persuading his fellow practitioners that something must be done to prevent Superman overseeing humanity. Taylor’s insights into the standard superheroes who’ve featured to date has been commendable, and with the magicians involved he can play with some real oddballs, not least the devious and disarming Constantine. At one point he tells Batman “You can’t put yourself in the shoes of some of the psychopaths you want to stop. You don’t want to understand why they do what they do. You’ll see too much of yourself reflected in them, and it makes it harder to punch them repeatedly in the face.” Whether or not that’s your view of Batman, and remember Constantine relies heavily on deception and manipulation, it’s characteristic of the perception Taylor’s applied throughout.

Fate, Constatine, Zatanna, the Spectre, Detective Chimp, Deadman, the Demon, Klarion and other mystical entities feature, not all of them as they seem, and some bonded with new identities here, all very effectively. Superman is vulnerable to magic, but it takes considerably more than most of those named can muster to stop him alone. What they need is some help, someone whose power levels dwarf theirs, someone with a connection to one of Superman’s allies, but also someone they may regret unleashing.

Almost all the pencilled art is the work of either Bruno Redondo or Mike S. Miller, whose styles have merged increasingly well as the series has continued. They both prioritise clarity for telling the story, and they both leave room for the occasional breathtaking image. The few other artists drawing a single chapter fit right in, and Ray Fawkes also writes one, a good epilogue taking us through exactly what Constantine did before the story began, also explaining why some other magical types didn’t appear.

Buccellato had big footsteps to follow in, and while not disappointing, he takes a different approach, with much of his story being occupied what’s not too far removed from a standard superhero battle. Certain forces have to be dealt with, and that’s not easy, but doing so is the first time where Injustice gives the feeling of dragging something on too long. Still, it’s not fatal, but a concern with Buccellato installed as writer for the remainder of Injustice: Gods Among Us. 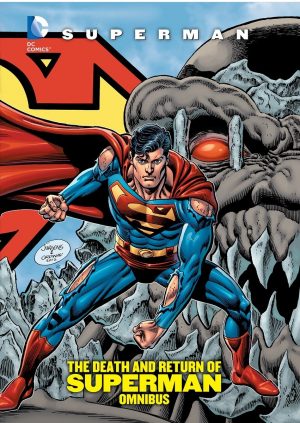