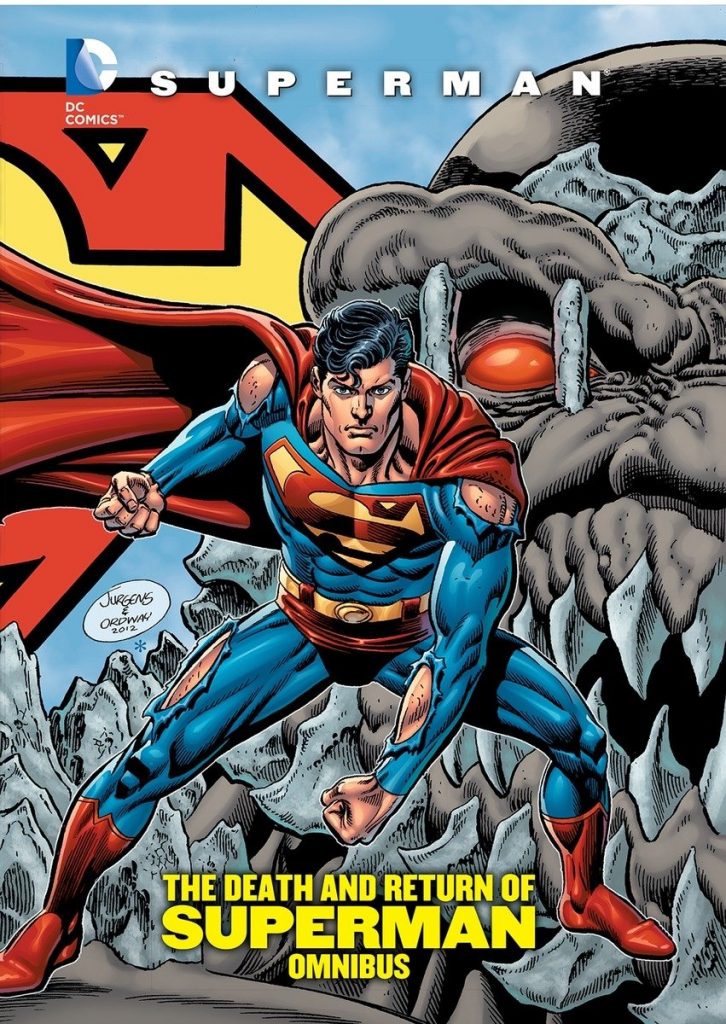 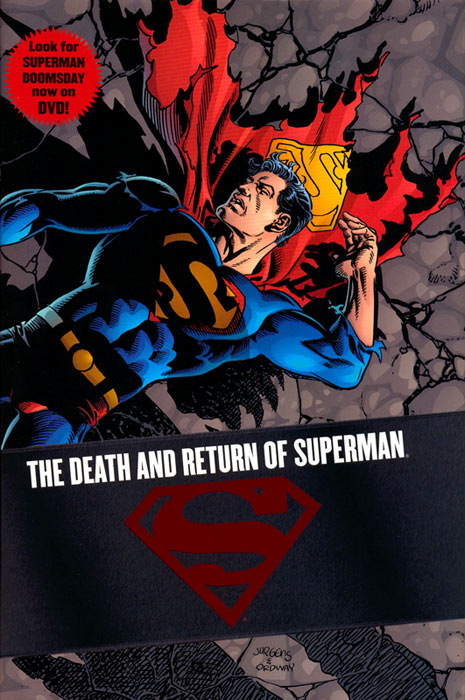 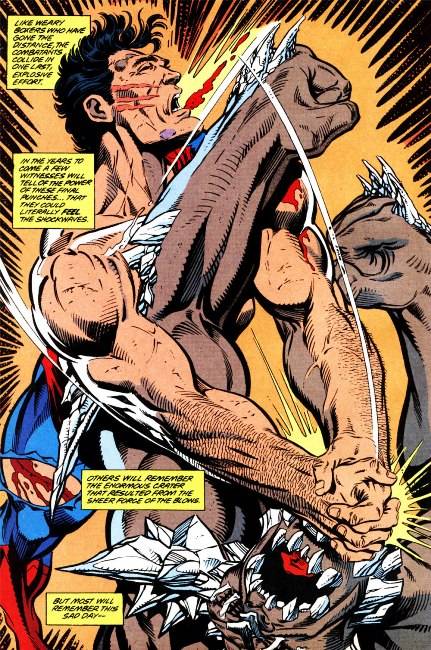 The Death of Superman is a landmark story simply because of the widespread attention it drew well beyond the comic world when originally serialised in 1991 and 1992. As a story, however, it leaves a lot to be desired, very rarely spectacular, frequently substandard, embedded in its era and not treated kindly by time. Perhaps realising this, DC’s re-evaluation of the content makes for a tighter story, and can be seen as the comics equivalent of the music re-mix. It jettisons a lot of dull content, primarily from the overly mawkish and time-marking Funeral For a Friend/World Without a Superman collection, to get to the essence of what’s going on. First Superman dies (in paperback as The Death of Superman), then some replacements turn up, one of whom may or may not be the original article (Reign of the Supermen) and then Superman returns (The Return of Superman). Despite the revisions, however, the faults and strengths of the original story remain.

It’s arguable that the protracted sequence before Superman dies is necessary to establish the alien Doomsday as a near invincible foe via repeated encounters, but it’s also repetitive and therefore not as exciting as it ought to be. If an excuse can be made for an extended form of prologue, the closing sequence is very obviously padded, and drags on far too long, in places plain poor. It’s the now not quite as flabby mid-section with the replacement Supermen that’s the strongest, although as they’ve been absorbed into the wider DC canon long ago, this lacks the original tension of wondering if one of them actually was the returned Superman changed by his experience. When Superman does return it’s almost as bad, since he sports a mullet.

The episode in which Superman dies still stands out as powerful slab of superheroic drama and sacrifice. Dan Jurgens wrote and drew this as a series of single page images in which the two most powerful people in the universe batter each other into submission. It’s heroic, and exciting, but not matched by much of the remainder. Despite tight editorial control, that this material originally ran across four monthly Superman titles, each with their own creative teams means there’s a lack of consistency, and the variance in the art is noticeable also. Jon Bogdanove is far more stylised, his distorted Superman ugly in places, while Jurgens, Tom Grummett and Jackson Guice are the other primary artists, each professional and prioritising the storytelling, which does lead to a lack of memorable images. The assorted creative teams work better past the halfway point when each is allocated one of the new Supermen to follow.

The Death of Superman comes with a massive reputation attached as a landmark Superman story, which it is. It just isn’t very good.