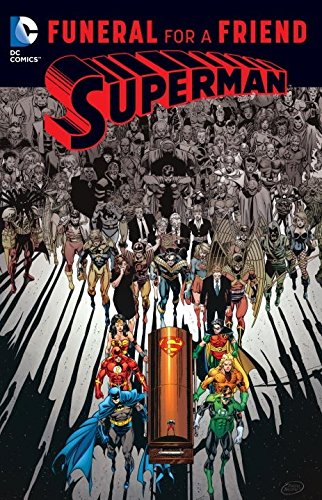 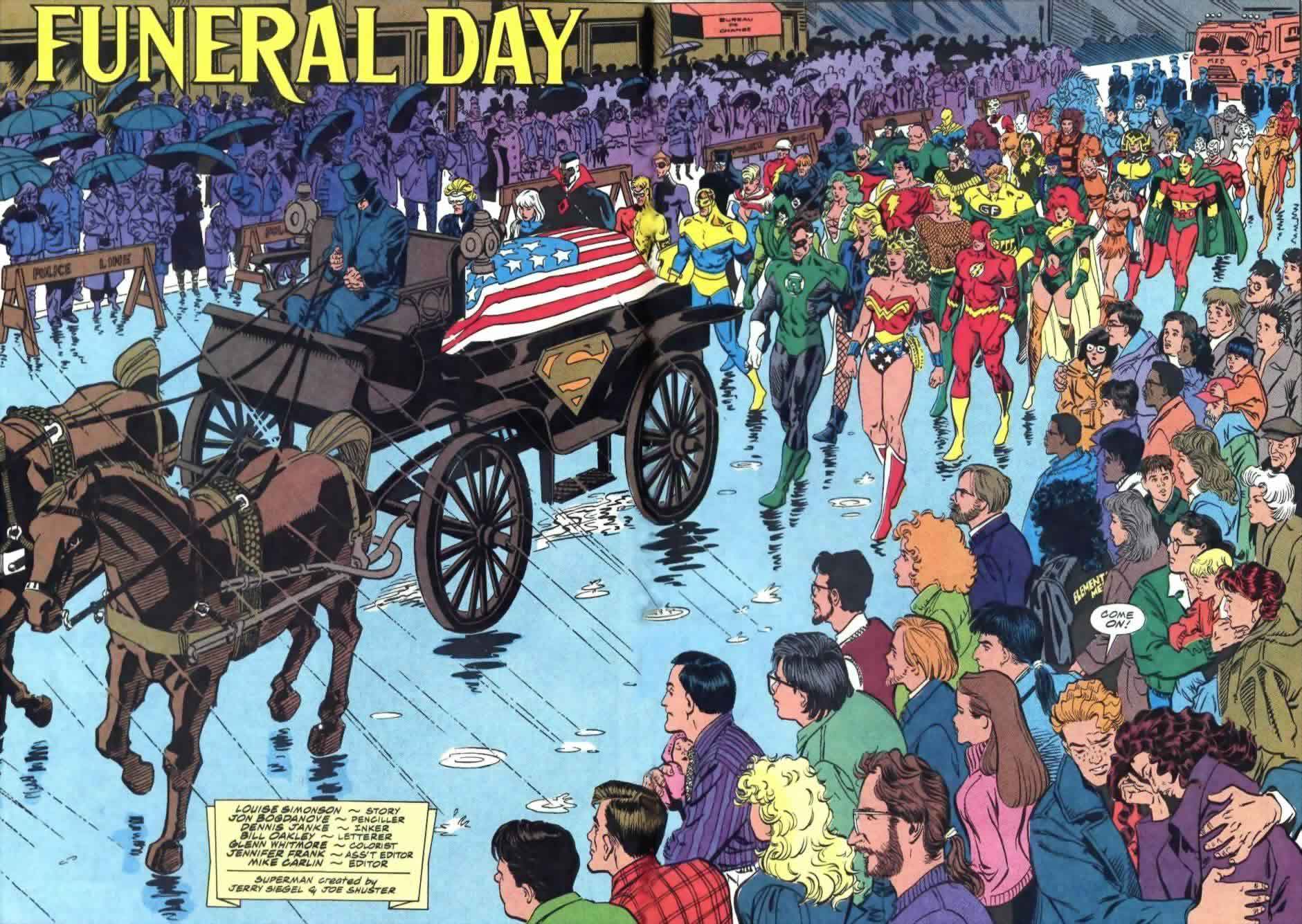 In 1993 DC really milked Superman’s death, and this selection of stories is the low point. There’s an excess of mawkish sentimentality, hand-wringing and loss as the wider DC Universe comes to terms with Superman’s sacrifice, and boy do we get to hear about it at length, even down to Presidential eulogies. While the later stories that sprung from The Death of Superman, have some intrigue and originality about them, there’s only the start of that in this melodramatic wallowing.

While the idea of killing the primary hero and have others mourn him is viable, the shortcomings soon reveal themselves as other chapters feature heroes standing in for Superman. The simple matter is that if readers wanted to see Guardian comics they’d still be published, he’d have been killed and we’d be mourning him. He’s no substitute. The other main plot running throughout is the abduction of Superman’s corpse and the subsequent struggle to locate him. It’s somewhat distasteful, but needed in terms of the puzzles it’s setting up in Reign of the Supermen, which follows.

The art is extremely variable. Out of context you’d barely recognise Jon Bogdanove’s versions of Bill and Hilary Clinton, although the creator homages included on the page of sample art are a nice touch. Pages by Jurgens are good, yet much of the remainder is average. Standing head and shoulders above his colleagues as the artistic peak is Walter Simonson, with a greater sense of dynamism, flow and imagination over just a ten page feature. This is a portion of The Legacy of Superman, a comic not included in the 1990s edition of Funeral For a Friend, which was then titled World Without a Superman. It introduces the secondary heroes of Metropolis and as it runs over much the same ground as parts of the preceding pages, beyond Simonson’s art there’s little of note all these years later. Also absent from the 1990s edition is the concluding story of Lex Luthor and Supergirl. She’s a very different Supergirl from the traditional and latter day versions, and has an interesting, if manipulative relationship with a Luthor who’s also different. Despite the art being ordinary it’s one of the book’s better chapters.

Both writing style and art are very much embedded in their era, and without a really strong plot to pull them above it Funeral for a Friend isn’t essential 21st century reading. The content is trimmed for inclusion in The Death and Return of Superman Omnibus. 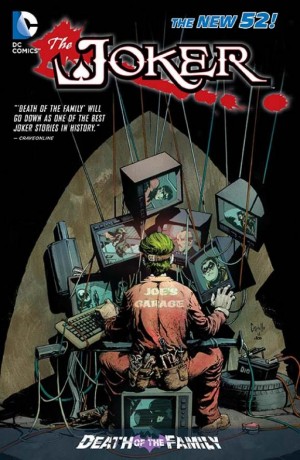 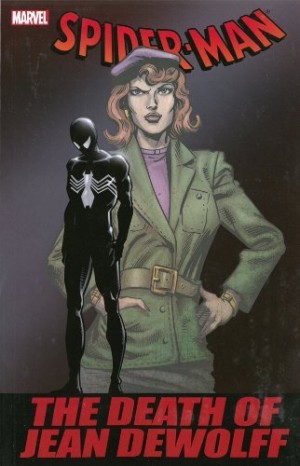 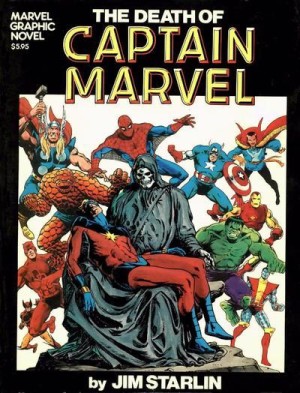 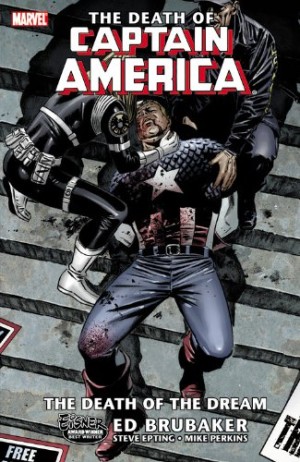