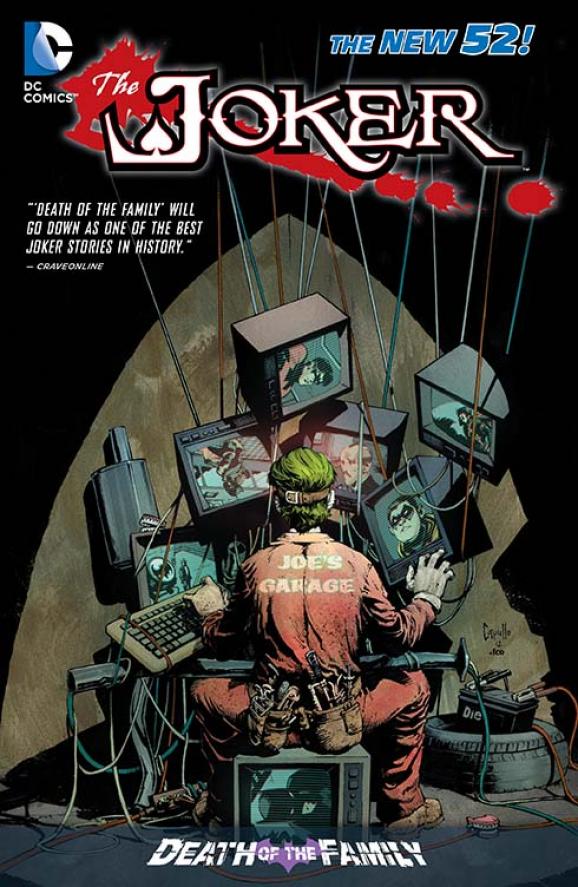 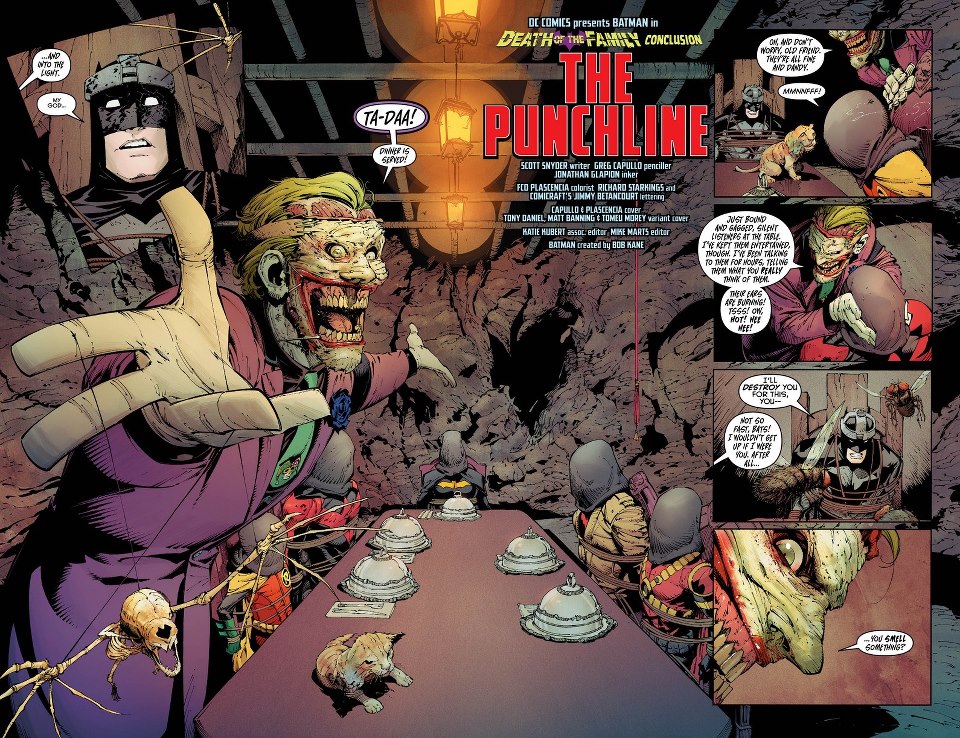 The Joker: Death of the Family is a Batman crossover story arc occupying various issues of the franchise. In the graphic novel edition, the event is compressed into nine chapters, primarily focusing on different Bat-family members in each section. In the opening readers are introduced to the influence of the Joker and the warped and mad effect he has on people, manipulating them into fulfilling their darkest desires. The Joker is set up to be more than a man, more than a villain; he is a monstrous entity that infects everything it touches. This concept is further analysed in the following chapters and sets up the premise of the narrative.

The theme of the Joker’s quest to take on the Bat-family stems from the idea that Batman is made weak by his extended partners in crime-fighting. The Joker removes all traces of his morsel of humanity, achieved through the removal of his face, the dead cells of which he loosely reattaches, just like his own Batman mask, shielding his identity. Without the need for human emotion or empathy, Joker sees Batman’s signs of companionship as a cry for his help. Rather than protect them from danger the Batman repeatedly lets his partners fight their individual war on crime, often falling and failing along the way. In Joker’s mind this is Batman’s way of telling him that he really wants them gone, and so the Joker devises a way to achieve this.

A unique and monstrous nightmare to all of them, the Joker encapsulates all that is evil, targeting each hero and playing on their weaknesses, destroying all they hold dear merely to prove a point. It is an insane narrative, fitting for the beyond-insane mindset of the Clown Prince of Crime.

However, although the story is gruesome and exciting, it often feels unstructured, taking the readers out of the narrative. As mentioned, the story is not linear, but originally spread over various DC titles, and by condensing it into this format, many small details or background information is left out. It is still understandable, but diminishes the storyline somewhat. Similarly, some chapters are quite slow and bombarded with characters who’ll be unknown to those who don’t read every Batman-related comic.

Overall, Death of the Family is a good Joker read, the Clown Prince of Crime is on top form and is more unhinged than ever before. It is interesting to see the various artists take on the Joker. Each is horrifically stunning, it is hard to pry yourself away from the grotesque dead fleshy remnants of Joker’s face. In the epic finale Snyder is the perfect writer to pull readers into Hell and back, trying and failing to understand the method behind the Clown’s madness. The last scene with the Joker and Batman is particularly memorable and is worthy of a place in the Batman and Joker’s greatest clashes.

Rated on the moments between the Joker and individual Bat-members alone Death of the Family is outstanding, but unfortunately there is perhaps too much talent in one book. As correlated as it tries to be, the graphic novel often struggles to blend theassorted  titles seamlessly, alongside various filler sections that weigh down the dramatic atmosphere of the overall story. 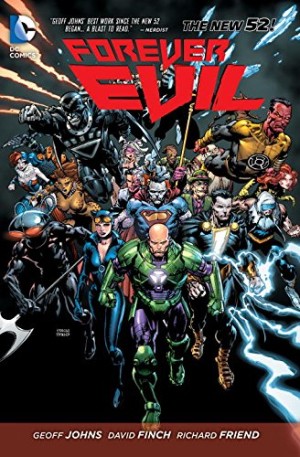 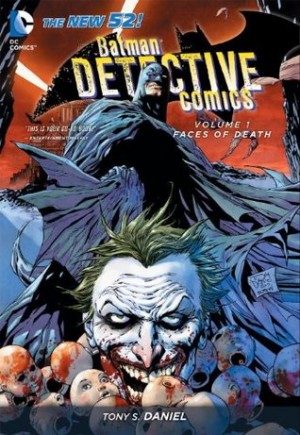