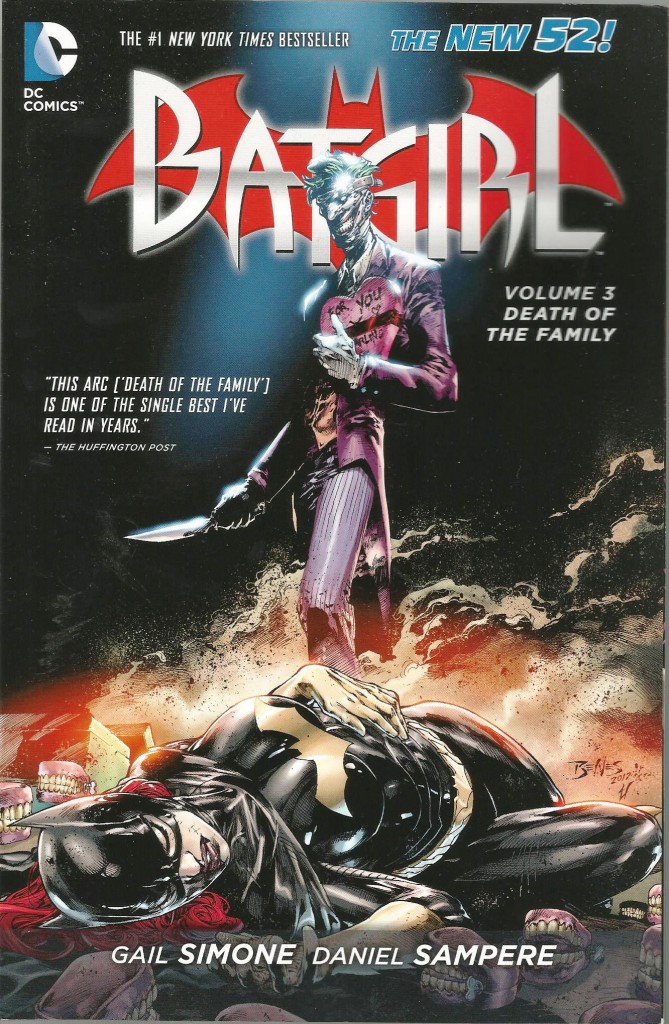 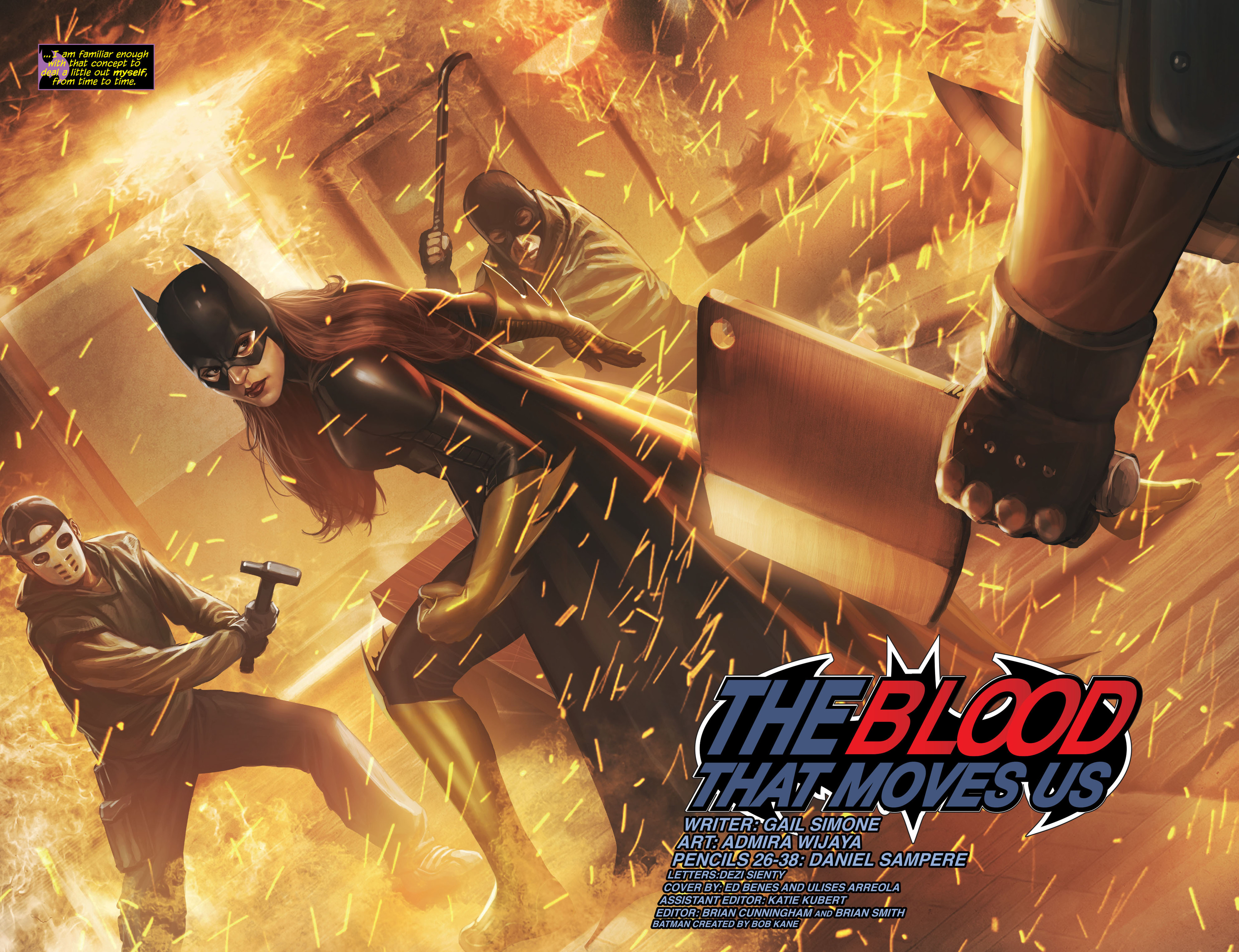 Oh, dear. After two very impressive Batgirl volumes, the previous being Knightfall Descends, Death of the Family is sucked into the morass of Batman crossovers, and very nearly sinks in the mire.

The book opens beautifully, with a three-way crossover between Batgirl, Catwoman and the female assassin of the Court of Owls, who isn’t named at this point, rife with intrigue and switching allegiances.

After that, however, the continuity meshes with the franchise-wide ‘Death of the Family’ event, focusing on Batman’s extended pretend family. Batgirl’s particular strand is potentially interesting. She has to fend off marriage advances from the Joker, while also dealing with a threat that is emotionally closer to home. But the Joker has been so done to death by this point that attempts to make him shocking to a jaded readership simply result in an exhausting parade of Hannibal Lecter-wannabe antics, which nauseate without thrilling.

This derailing of all the regular plotlines also leaves a big reveal about Barbara Gordon’s roommate as rather a tossed-in afterthought. It is difficult to believe that scripter Gail Simone intended it to be this perfunctory. Mercifully, after the whole mess is approximately resolved, Batgirl looks like getting her own storyline back, and there’s a cliffhanger leading directly into Wanted’s primary theme.

Also included is a vignette, a brief tryst between Batgirl and her admirer (no, not the Joker!), which is sweet but incongruous among all the gore and flaying. The only bonus material this volume is a few character sketches of the villainous Firebug by Daniel Sampere.