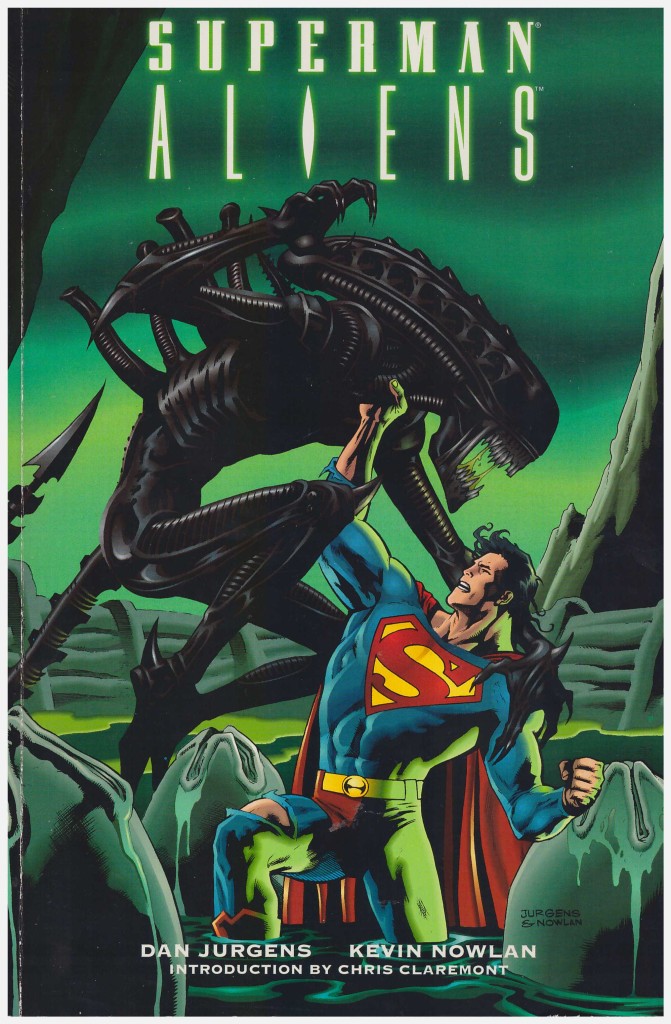 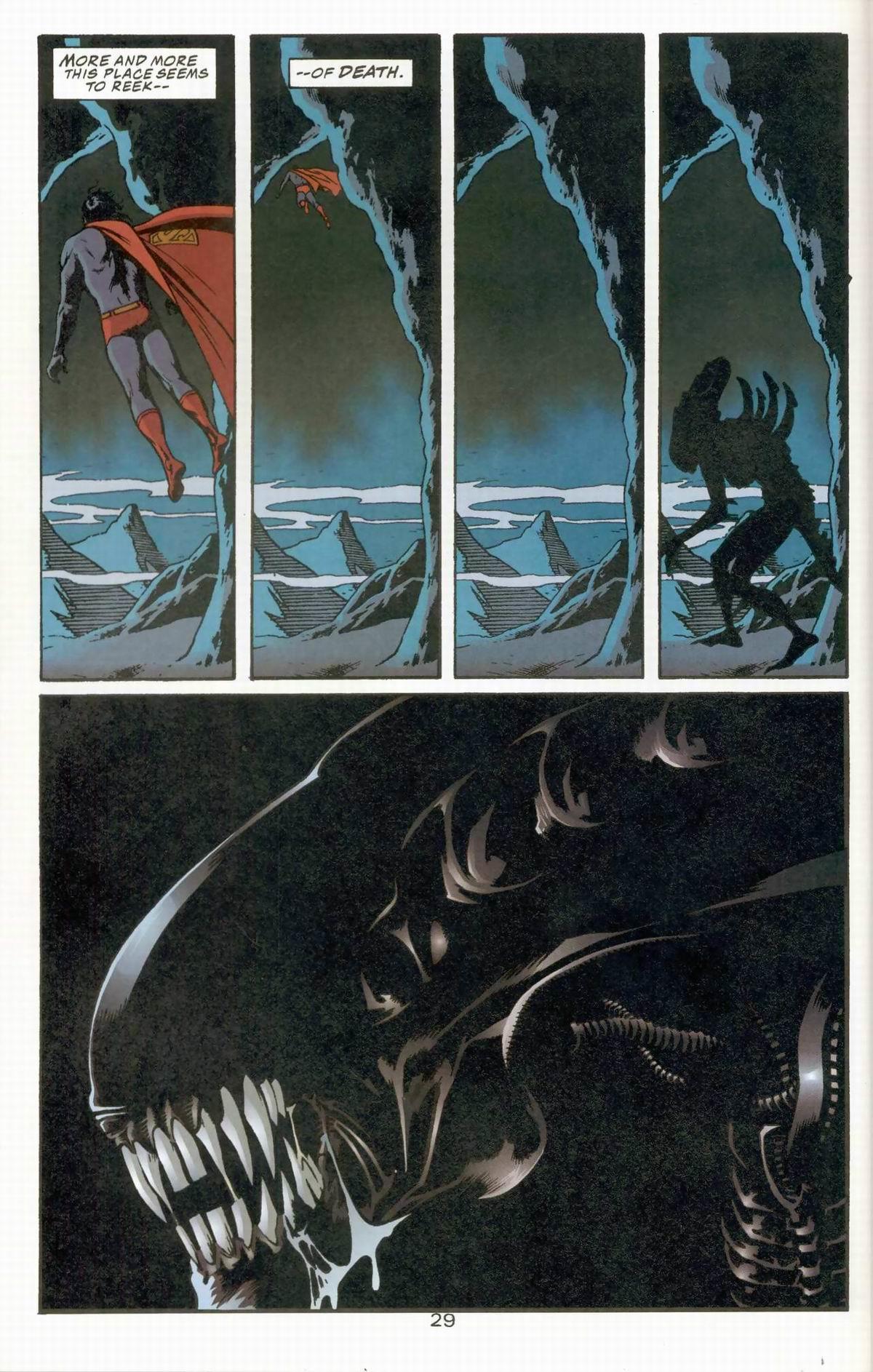 This is one stunning looking graphic novel. The combination of Dan Jurgens’ strong sense of layouts and Kevin Nowlan’s decorative interpretation of them really glows on the page. The only unfortunate artistic aspect was 1996 being the era of Superman with ill-advised mullet, but other Superman continuity elements of the time slot well into Jurgens’ plot. This Superman isn’t operating at full capacity, and so his encounter with the Xenomorphs is more evenly matched than it otherwise might be.

Other pieces of Superman’s continuity also feed into the plot. After an incident elsewhere he’s reaffirmed his vow never to kill a foe, which makes dealing with the aliens a whole lot trickier, and Jurgens plays well with a naivety on Superman’s part. He doesn’t know how the aliens operate and early in the book makes a fundamental error that will have readers squirming.

The plot is set in motion by Lex Luthor’s corporation Lexcorp tracking alien technology as it enters Earth’s atmosphere. Superman becomes involved and receives telepathic impressions of the small sphere as a distress beacon, and simultaneous images of Krypton. The inscriptions on the side of the craft further resemble Kryptonian writing. Given a location for the source of the beacon he sets off to investigate, and Jurgens plays fair with the Kryptonian revelations, although within a viable twist.

Two threads play out the book, one occurring with Superman on an alien planet, the other involving Lois Lane on a space station orbiting Earth. This has a greater tension about it as although there’s a certainty that Lois Lane will survive, the same can’t be applied to the remaining humans. The Superman plot that begins with an interesting twist drifts away, primarily due to that inventive element so surprising at the time and providing much of the emotional content, being nullified by years of continuity modifications. Taken at face value after all these years, Superman appears a little too keen to embrace something when he’s been in similar situations on dozens of previous occasions. This emotional content doesn’t ring true. Some of the dialogue is also rather clunky, but overall there are more pluses than minuses, and that art counts for an awful lot.

This was successful enough to spawn a sequel, Godwar, but only Nowlan is involved, his status reduced to inking. 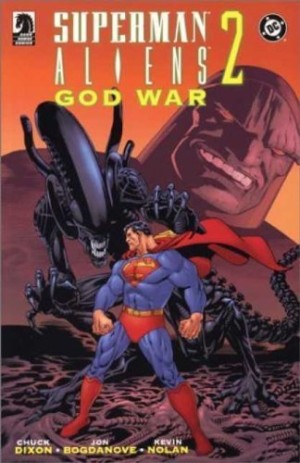