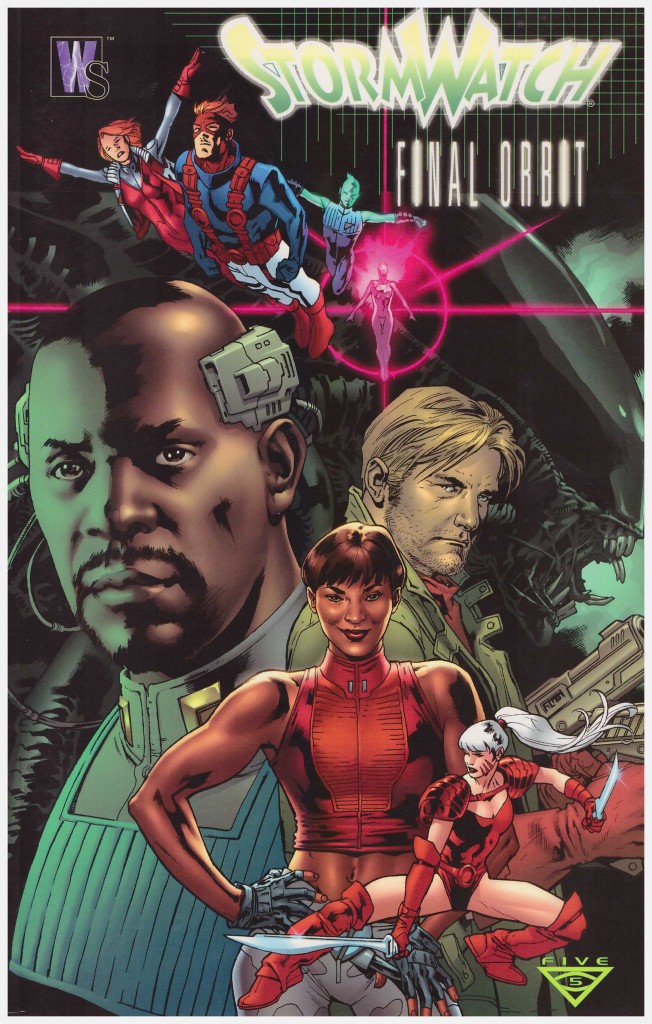 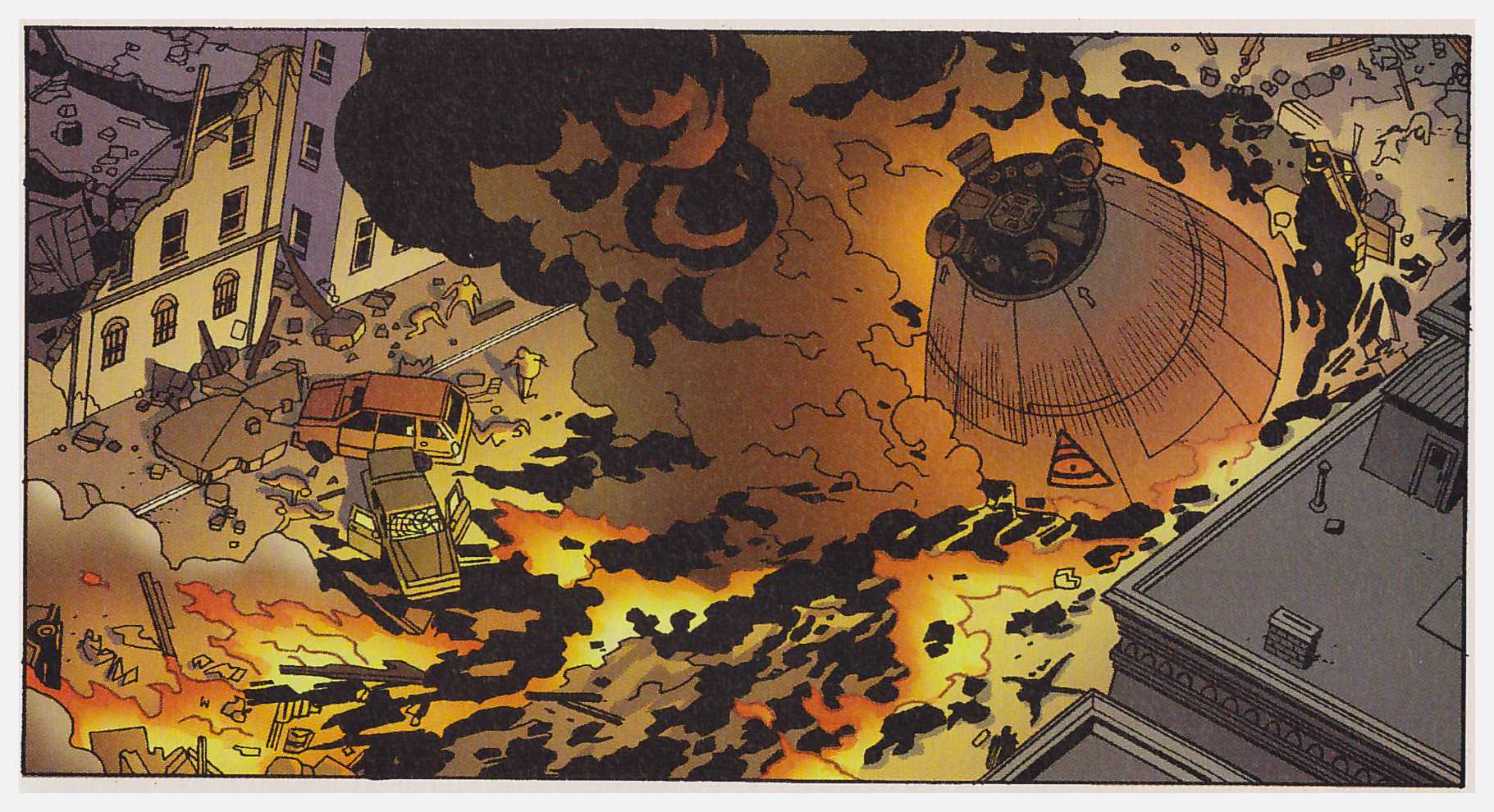 As collections go, Final Orbit is slim, with only three chapters, but that shouldn’t put anyone off. Here we have Warren Ellis at the top of his game, Bryan Hitch approaching it, the always reliable Michael Ryan and the appealing combination of Chris Sprouse and Kevin Nowlan.

This works rather well as a collection rather than individual comics where people knew what they were buying. Readers not looking too closely at the cover and avoiding the opening credits will eventually work their way through to a decent surprise. As the volume starts the repercussions of A Finer World are still rumbling and the Stormwatch scanning crew dispatch some shuttles to investigate an approaching asteroid. The chapter ends with a shuttle returning. At this point those only familiar with Stormwatch may experience a jolt of confusion when the focus shifts to another Wildstorm team. It seems there’s been trouble in the orbiting space station, and WildC.A.T.S. take the decision to investigate. Ellis then delivers a variation on the template of how to make a cheap film: gather a number of people in an enclosed environment and kill them. It’s a very good piece of work, suspenseful and exciting, and the longest chapter in the book is drawn by the best art team, Sprouse and Nowlan.

After the events of the middle chapter what remains of Stormwatch won’t be holding parties anytime soon, and the conclusion is a damp squib. Ellis has decided where he’s going and which characters he’s taking with him, and it’s goodbye Stormwatch and hello The Authority.