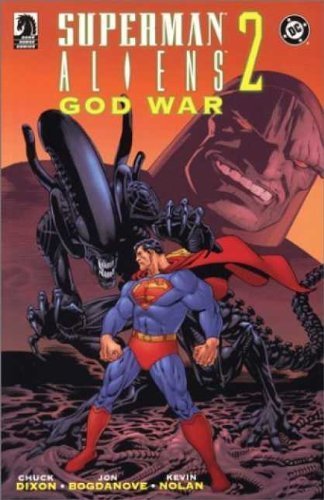 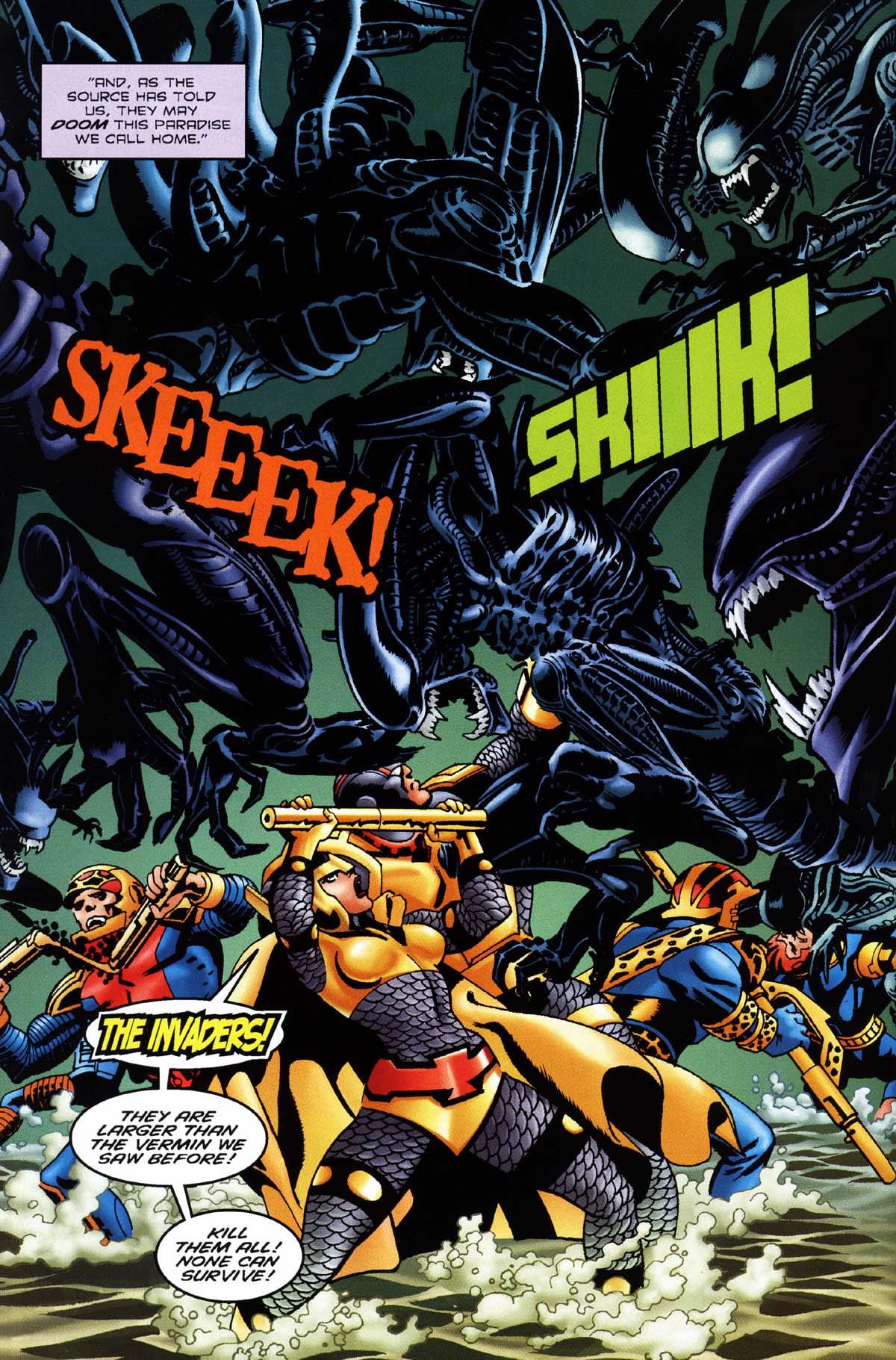 Chuck Dixon’s introductory pages offer an interesting battleground for Superman’s second encounter with the Xenomorphs, as one of their craft is sent hurtling down into the horrors of Apokalips, the kingdom of cruel despot Darkseid. It doesn’t take him long to learn what the aliens are and how they can be weaponised, and shortly thereafter he launches an attack on the benign gods of New Genesis, where Superman just happens to be visiting.

A plague of alien infants is loosed upon New Genesis, and having encountered the aliens before, appropriately enough in Superman/Aliens, Superman has some acquired knowledge. He determines that the only way to solve the situation is to strike at the core, which means travelling to Apokalips to locate the alien Queen. While that would be dangerous enough, there’s the added menace of Darkseid and all the forces he can call to back him up. This plot is counterpointed by Big Barda and her allies trapped underground with a whole host of aliens in the vicinity.

This is very much a poor relation to the first Superman and Aliens confrontation, as a Superman story in which the aliens are villains of the week rather than any equal sharing of the spotlight. Unlike previously, Superman has his full powers at his disposal, so surprises are very few, and aspects of the aliens are shortchanged for plot convenience. It’s enough for Barda to issue a warning about the corrosive qualities of the aliens’ blood, for instance, and so it has no effect in a severely confined location. Furthermore Darkseid’s plan doesn’t withstand much in the way of scrutiny, but we shouldn’t question his motives, apparently.

Kevin Nowlan remains from the first book’s creative team, but here only inking the pencils of Jon Bogdanove rather than pencilling himself. Bogdanove is a standard superhero artist whose pages do the job of telling the story, but there’s nothing about them to merit a second glance.

The pages are filled, but by going through the motions.