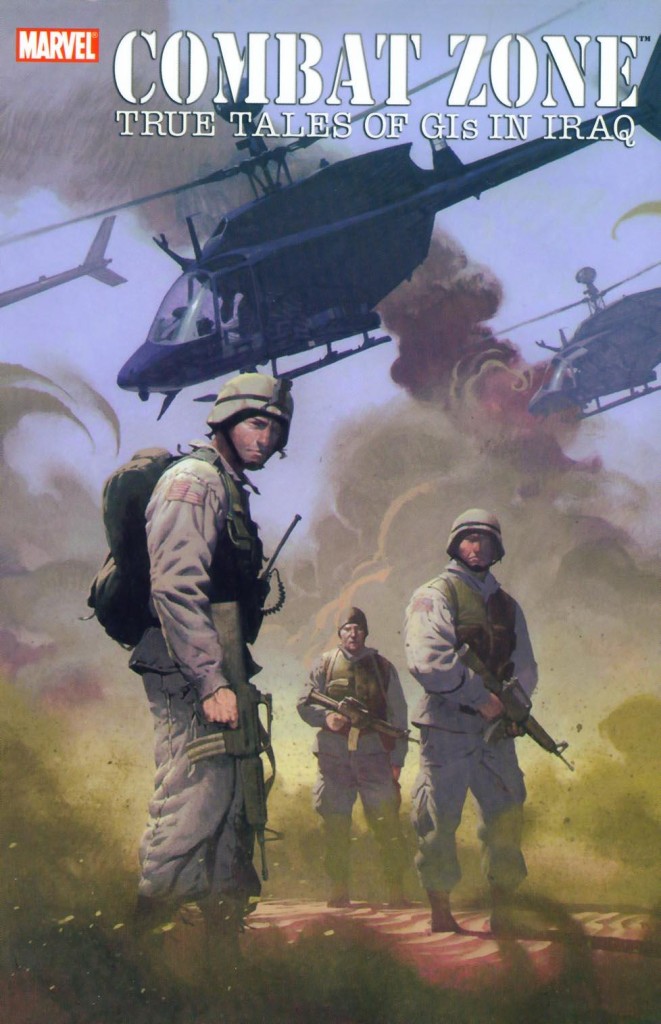 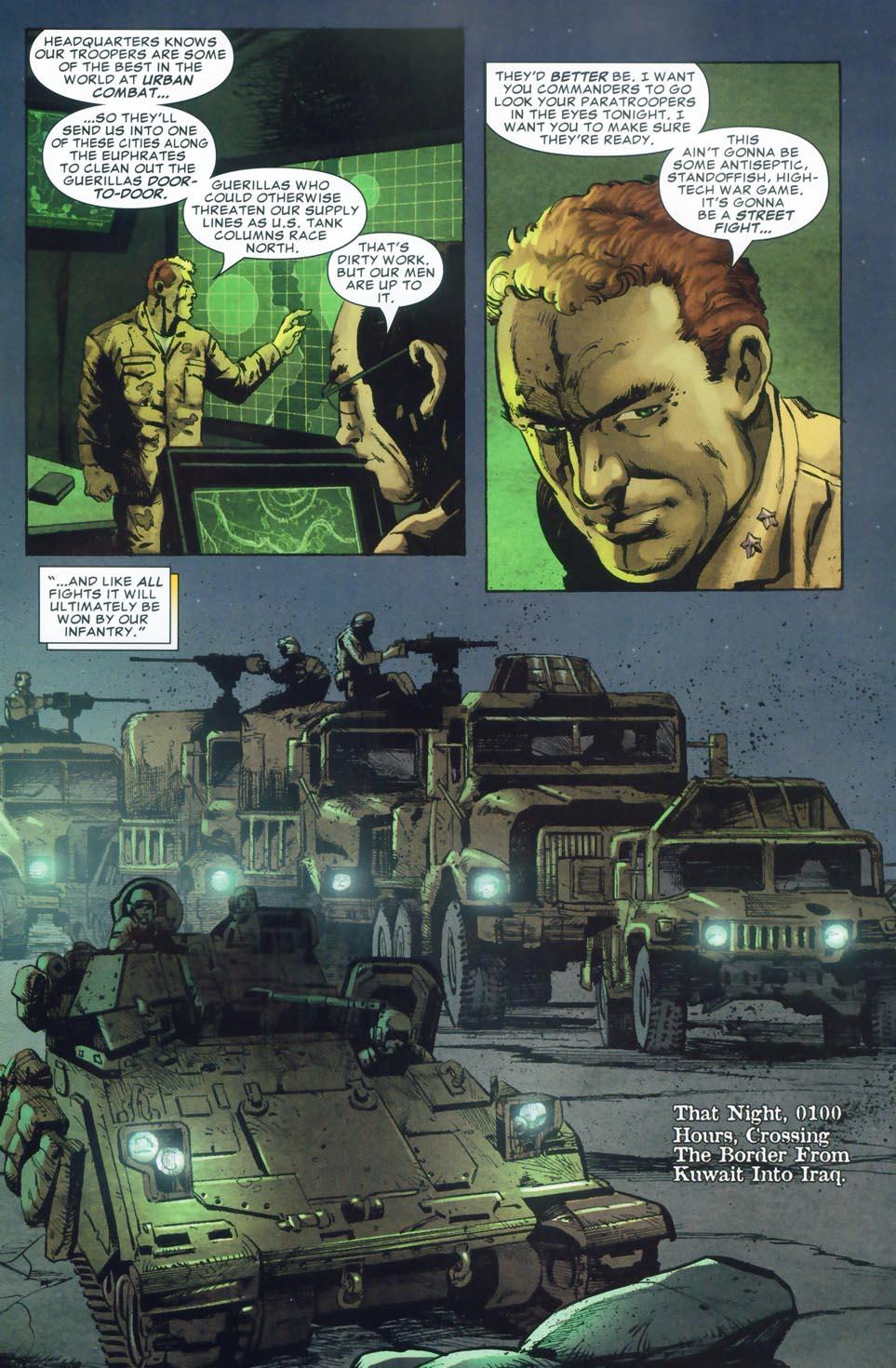 There’s a big problem with Combat Zone, and it’s the subtitle of “True Tales of GI’s in Iraq”. It’s a fudge, and an inexplicable one at that.

Writer Karl Zinsmeister is surely the only person who’s both written a Marvel comic and been a US government aide (later, under George Bush Junior). When Combat Zone was published he was a journalist who had spent time embedded with the US troops invading Iraq in 2003-2004. His introduction mentions details being changed to protect privacy, incidents combined for a more condensed read, and everything is fictionalised via the creation of a latter day Sgt Fury and his Howling Commandos. Does that qualify as true stories?

Putting that to one side, the approach is similar in many respects to Marvel’s 1980s war title The ‘Nam, which prioritised a naturalistic approach. We come to know the cast as they sit around shooting the breeze in the desert, their anecdotes presumably true tales, and Zinsmeister notes an open policy of officers permitting reporter access to planning conferences. This is to counter experiences from Afghanistan where the press were barred, and more inclined to believe the locals when the results were tallied.

Combat Zone doesn’t quite work, though. Even allowing for swearing being out of bounds there’s a stilted formality to much of the dialogue, which is also overly expository, but that’s the least of the problems. Balance is a prominent issue. Given his Iraq experiences, Zinsmeister’s detail is beyond reproach, but he reduces a complex situation to USA = right, while no other views are considered. The commander’s dialogue repeatedly emphasises how Americans are squeaky clean, which is risible given subsequent real life revelations. At least mention of avoiding damage to innocent neighbourhoods is qualified with “as much as humanly possible.” Political point making is also on the agenda, such as when a character comments about proof of Saddam Hussein possessing medium-range missiles.

Does Zinsmeister have any kind of duty to authenticity beyond someone writing Spider-Man? Were these supplied as standard war comics the misrepresentation and commentary could be taken with a pinch of salt, but we have to return to the claim that these are true stories.

Dan Jurgens, though, is a revelation. He’s always been a first rank superhero artist, but it’s a rare artist these days who steps from their comfort zone. He brings the cast to life, and the layout style he’s employed for Superman and Captain America works equally well when applied to military combat. His vehicles and hardware impress, and there’s never the thought that you’re just seeing Clark Kent or Steve Rogers in civvies.

For those interested in a version of the experiences of American troops in Iraq in 2003-2004 Combat Zone offers an honestly intended appreciation. Just don’t accept the subtitle.