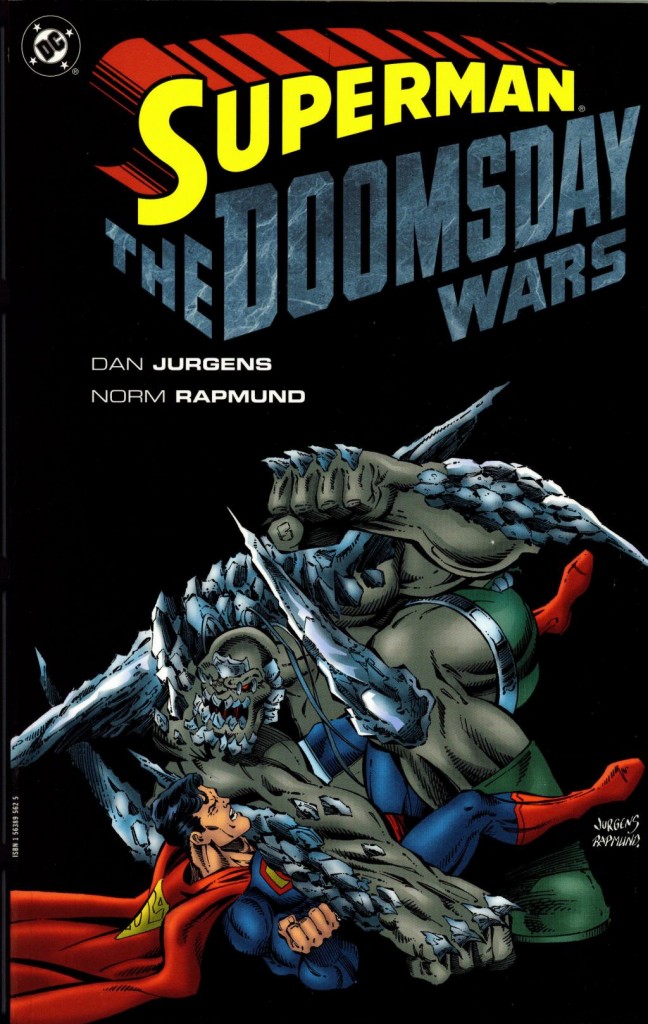 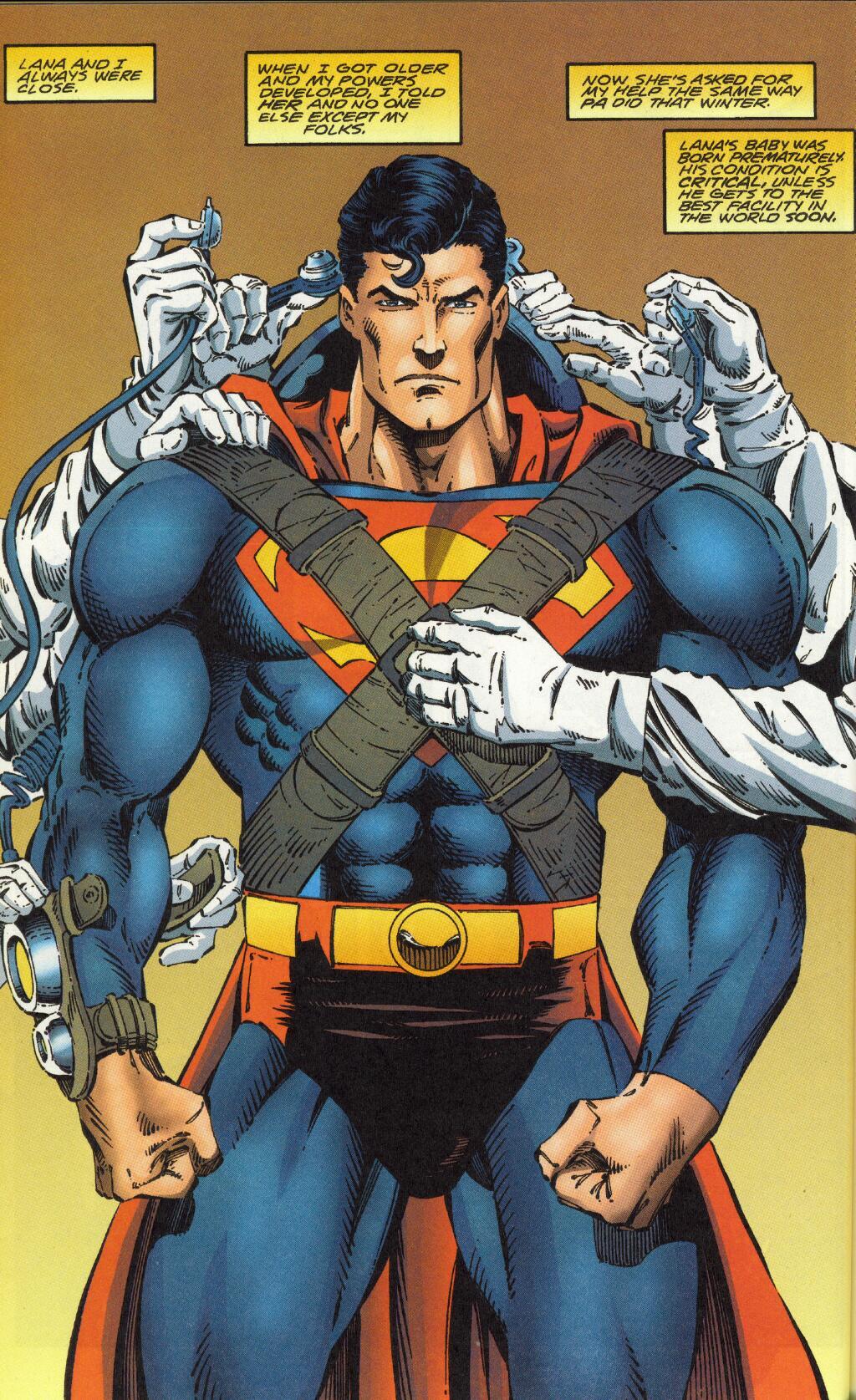 When this graphic novel was published Doomsday was still a relative novelty. He’d been the creature that actually killed Superman, temporarily at least, several years previously, and his appearances since had been few. This gave him a sense of danger that’s been diminished by more frequent appearances over the years, and now no longer applicable.

Dan Jurgens crafts a story playing on that danger, and contrasting the impossible scenario that eventually results with an incident in Clark Kent’s life before his Superman powers had manifested. He, Lana Lang and Pete Ross are trapped in a blizzard, their car off road and wedged tight. A connecting present day thread is Lana hospitalised about to give birth, but there are complications. This is on the first anniversary of Superman being unable to save another friend’s young child.

There’s an odd narrative choice to conceal Doomsday’s first appearances in the pages, instilling an air of mystery as to the identity of an extremely powerful threat, yet given the title and Doomsday’s vast cover presence it’s strange. Jurgens then rather over-eggs the critical moral decision where Superman needs to be in two places simultaneously, his Justice League colleagues threatened and Lana’s plea, the latter having a soap opera exaggeration. That also applies to the conflict between her and Pete, now her husband. For dramatic purposes Jurgens activates a jealousy and has Pete behave in a manner not seeing the wood for the trees. It comes across as the contrivance it is. Where the plot is very good is in the threats thrown at Superman already in a life or death situation. These have a palpable horror to them, and Jurgens accelerates that through a quarter of the book, pauses, then ramps up the tension again.

Jurgens is a generally good superhero artist. He lays out his pages well, be they action scenes or character building, but the occasional figure is unnaturally twisted or imprecise. In the normal course of events this wouldn’t matter much, but it occurs with his first full page shot of Superman in action. Furthermore, Jurgens has very little idea of what a prematurely born baby looks like, and substitutes a standard version.

The quibbles are relatively minor regarding what remains a decent superhero story sustained by an unusually strong tension. Jurgens features the Justice League in a large role, ties matters up neatly, and by that time has thrown in a couple of good surprises also.