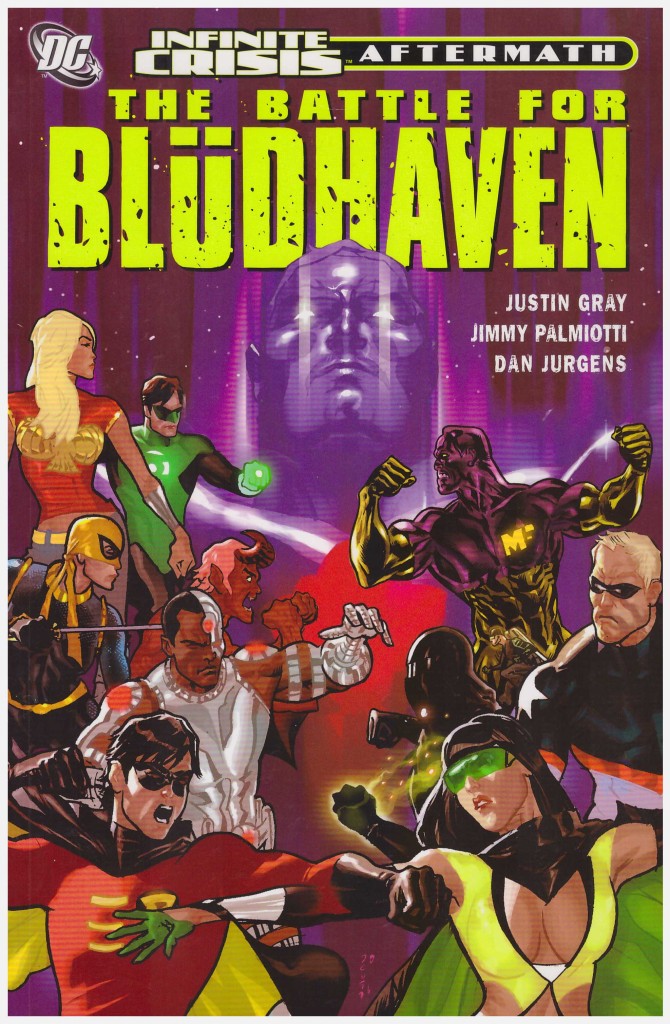 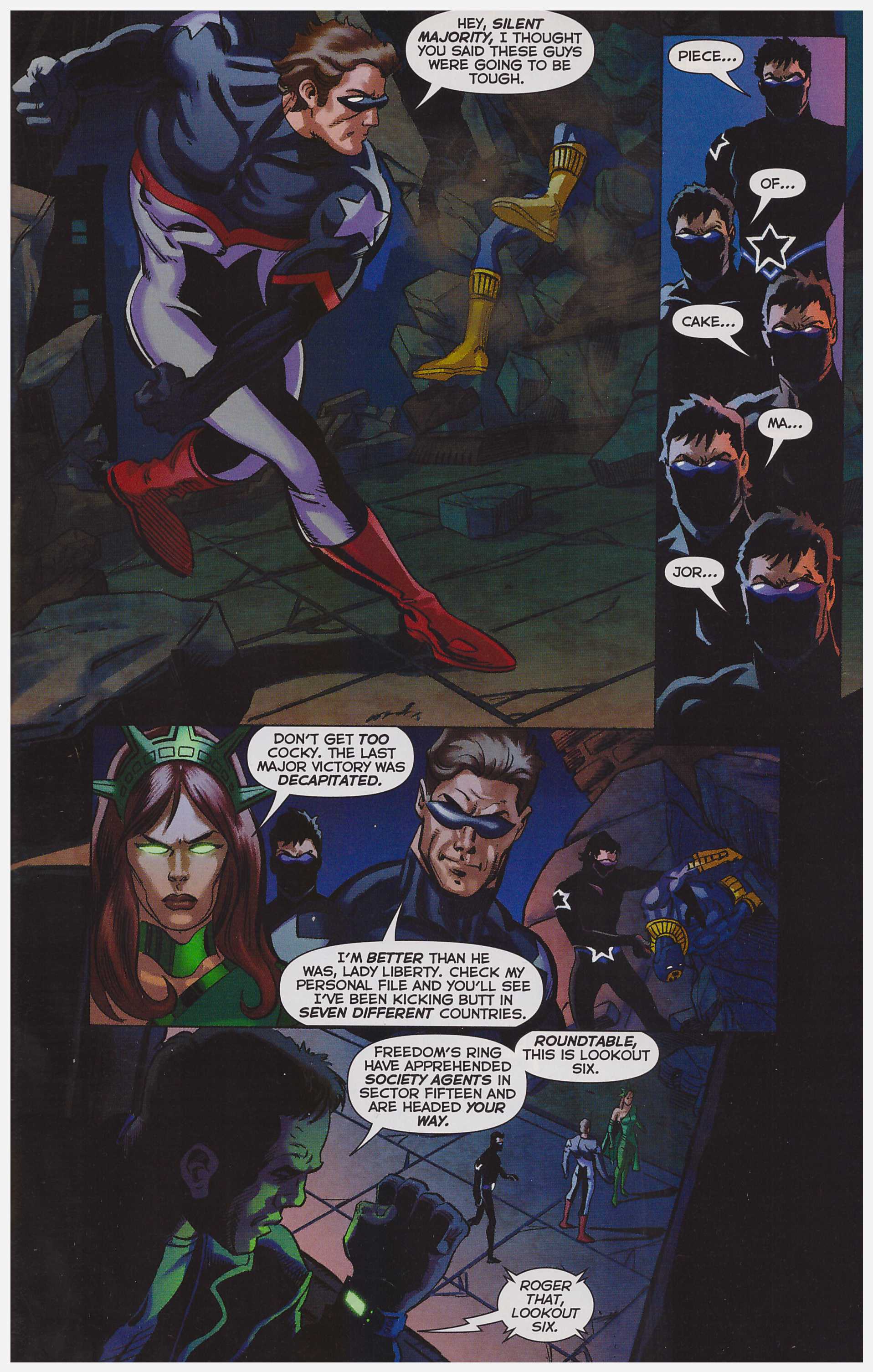 In DC’s USA Blüdhaven is the East Coast city once protected by Nightwing. Even he, though, couldn’t do much when an organised group of villains dropped the monstrous Chemo, in effect a giant walking balloon of radioactive chemicals, onto the city. Tens of thousands were killed, and a year on most of the city remains evacuated, with a growing anger among refugees camped outside about their not being able to return.

This is the point where Justin Gray and Jimmy Palmiotti pick up the plot, and weave what’s a very good exploration of power abuse into a situation conceived to diminish the effect of super powers.

While those outside remain ignorant, we’re taken into Blüdhaven where the sinister Father Time oversees the growth of what appears to be an alien fetus, and the development of a few people the chemical bath didn’t kill, but instead gave super powers. A tense and dangerous situation is further complicated by the intrusion of super villains in search of a radioactive motherlode, and the emergence of an armoured group calling themselves the Atomic Knights.

The Battle for Blüdhaven works as a suspenseful superhero story because almost the entire cast is either new or relatively unknown, and therefore disposable. Okay, the Teen Titans avoid that list, but the possibility for the remainder is underlined by Father Time using costumed identities as the focus, without it being relevant who’s actually wearing the suit. We know nothing about the agitative new Firebrand, the Monolith from a previous series by Gray and Palmiotti was largely unknown, and assorted other heroes are new or replacements. To label them ‘heroes’ however, isn’t entirely the case. More accurately, they’re super-powered and employed by the government, which is not the same at all.

Gray and Palmiotti keep shifting the focus around Blüdhaven’s various districts, and various people, which combines to indicate the sheer area affected. They represent a wide spectrum of views, although there are occasions when there’s an awkwardness due to over-egging a personality. When that threat is revealed it’s a clever revival of a discarded character, and the eventual line between state sponsored protection and outright villainy proves to be very thin.

Dan Jurgens has been a top class superhero artist for long enough to ensure the pages emphasise the correct elements. He and Gordon Purcell are only credited with layouts, and Palmiotti with finishing the art, but there’s a distinct difference between Jurgens’ work and the not quite as dynamic approach of Purcell.

The suspense is maintained until an explosive climax, and some threads continue into Uncle Sam and the Freedom Fighters, also written by Gray and Palmiotti. This is marketed as an Infinite Crisis tie-in, but those who may find this a deterrent rather than an inducement should know The Battle for Blüdhaven stands well enough alone.