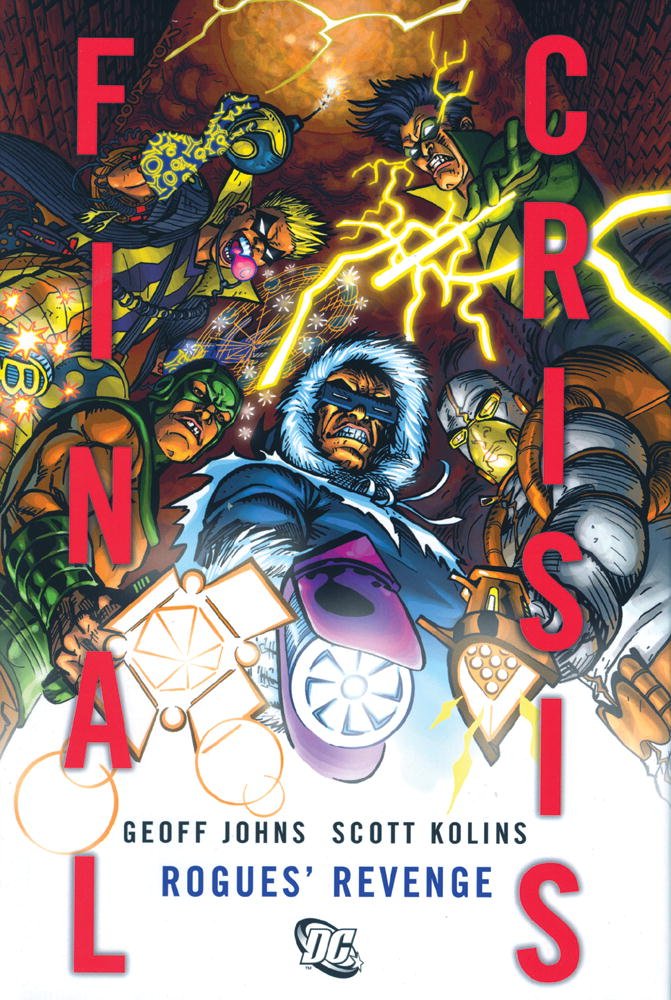 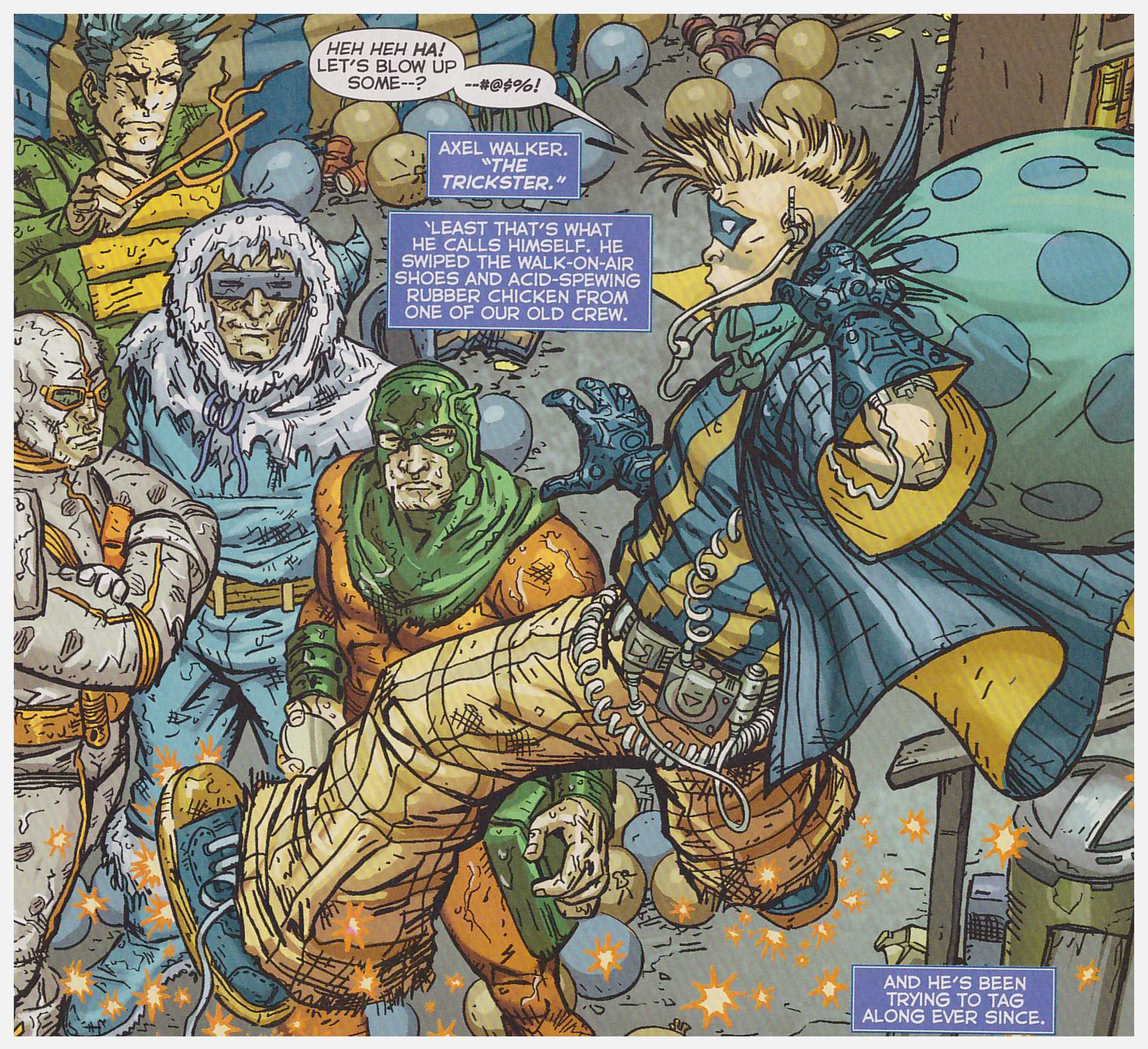 The villains gradually introduced from the mid-1950s to combat the Barry Allen era Flash were largely single-gimmick characters, reflecting the Flash’s own super speed, although some grew more complex over the years. Mirror Master, for instance, began working with reflective surfaces, and progressed to transporting people into mirror worlds. Captain Cold and Heatwave may have developed more intricate characters, but essentially remained respectively a villain with a gun that generated ice and one with a flamethrower.

This simplicity infused their approach, and unlike the psychotic villains who faced Batman, or the potential world-dominating foes of Superman they remained thieves at heart, although thieves who revelled in a comradeship. Collectively known as the Rogues, this brotherhood is the heart of Rogues’ Revenge. It’s set around the events of Final Crisis, when a darker turn has occurred. They’ve unintentionally killed a Flash, yet want no involvement with the super-villain army being gathered by Libra, or his mantra that evil is going to win. That’s the element that ties into Final Crisis, but no reference to the core title is required.

For any Flash fan the joy of Rogues‘ Revenge is that it reunites the classic early 21st century creative team of Geoff Johns and Scott Kolins. Kolins has modified his style from those days, and while his layouts are equally good, in a process that flips the usual artistic progression, he’s added greatly to the number of lines he’s using and the look isn’t as appealing.

In his Flash run Johns greatly developed the Rogues, and here has the opportunity to tie up a few loose ends from that series and rectify what less accomplished writers instituted in his absence. Family is a strong connecting thread, and the story features almost every Rogue in one form or another, including Professor Zoom who’s always stood apart from the others. Johns still hasn’t quite got a handle on Mirror Master’s Scottish accent, and the police cameos may puzzle anyone reading this who hasn’t read his Flash, but as that’s unlikely, Rogues Revenge is an entertaining, if bitty spotlight with some excellent character touches.

At three chapters the title story is somewhat brief for a book, so two issues from Johns’ Flash series are included as back-ups. They’re compelling character studies of Captain Cold and Professor Zoom, and while there are good reasons for not backending the title story of your collection, the placement of these chapters might have been better preceding the main event. In the case of Captain Cold in particular they offer a background that has to be less effectively compacted in the feature presentation. And if that was to be the format, why was the Mirror Master’s equally good solo study omitted?