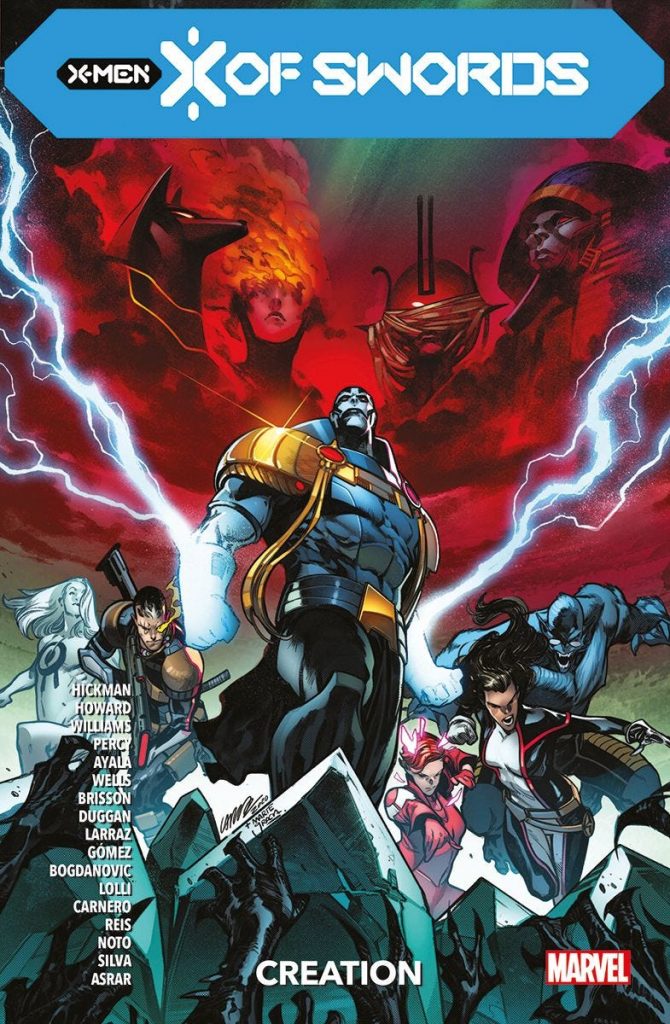 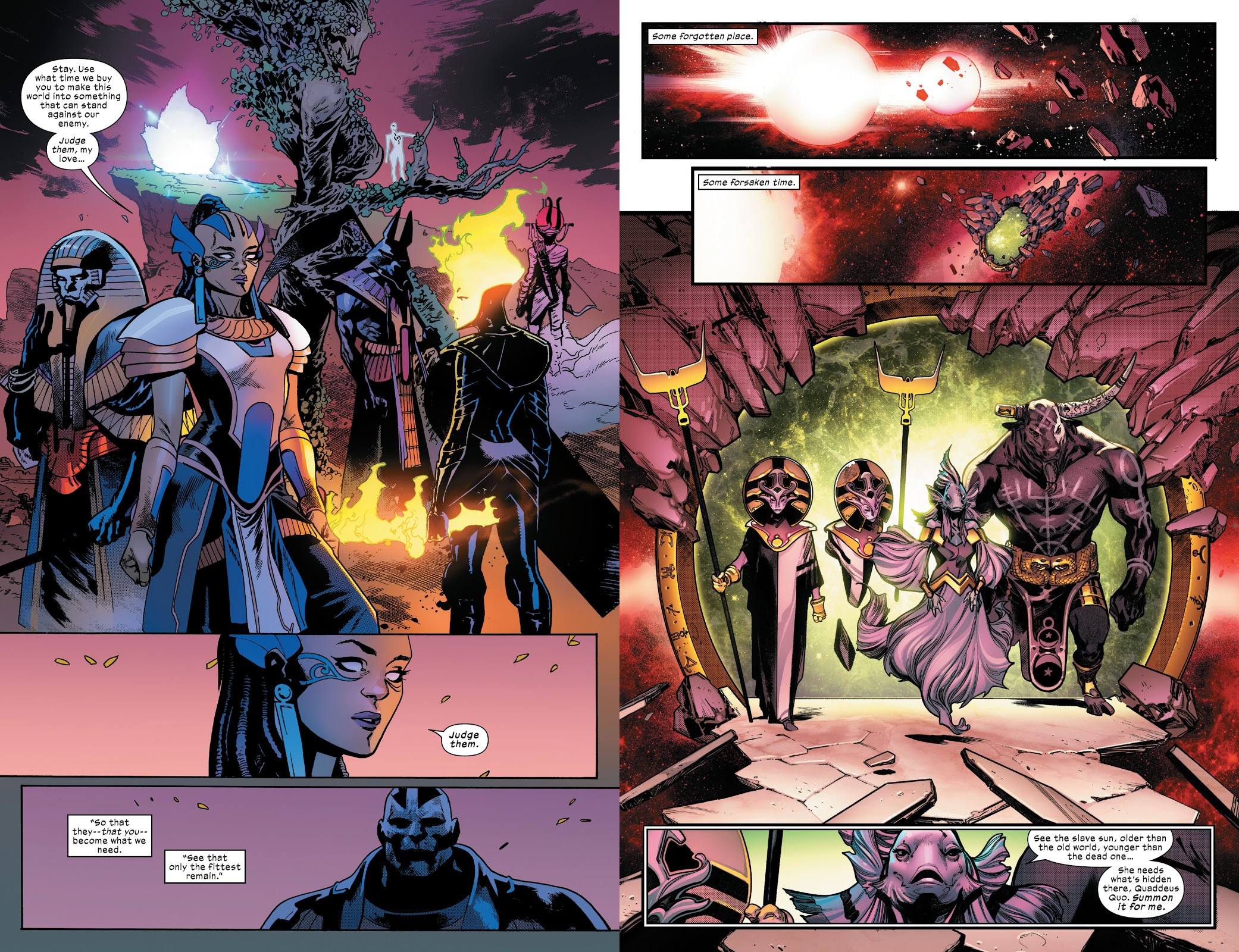 X of Swords is a massive collection. Even split over two packages as per these Marvel UK paperback releases, each still numbers over 300 pages. The story was originally weaved through nine separate titles, plus three specials, with Jonathan Hickman the guiding light, yet half a dozen other writers also contributing.

Almost all mutants now stay on the living island of Krakoa, which has been merged with a previously lost other half known as Arrako, a history of which is supplied as the opening chapter. It leads well into what follows, which is strong on the fantasy of lost worlds, dead civilisations, ancient artefacts and a battle to save reality as its known. “Saturnyne stands above them watching the land where all realities meet”, is what we’re told, and when her land is invaded on two fronts she sets the invaders against each other. One of them is the mutant community of Krakoa, who’ve forced an unwanted transportation door into her realm, largely the doing of Apocalypse.

It turns out, as per most things with Apocalypse, ulterior and secret motives are part of his agenda, and that’s combined with assorted teams of mutants attempting to retrieve mystical swords for use in a contest. This is set off via a prophecy that needs to be interpreted, and seems to refer to specific mutants. It’s an interesting idea generating a crossover that for once works well with assorted creative teams feeding into the same story. Although Benjamin Percy supplies two very padded Wolverine chapters, the benefit is that instead of a single writer’s repetition, each has a different approach to the same goal. That also applies to the art. Although all chapters feed into the main story, as they’re essentially separate vignettes, the different styles of Leinil Francis Yu and Phil Noto work equally well. The sample art combines pages from Mahmud Asrar and Pepe Larraz, who just beat Victor Bogdanovic when it comes to drawing most pages. Matteo Lolli on Vita Ayala’s good Storm chapter impresses with an ability to switch his style according to the story’s need, although for the best of it knowing Storm’s history is essential. The final chapter of this volume sees the swords gathered as Hickman introduces those whom the X-Men will battle, while continuing to fetishise the swords themselves.

As established along with the relaunched mutant titles, plenty of text pages supply background information on swords, enemies and organisations, but there’s enough mystery even so. Despite being in effect a 300 page prelude to the main event following in Destruction, there’s entertainment aplenty with the proviso that it may appeal more to fans of grand fantasy than superheroes. Still, Game of Thrones captivated the world, and on this showing X of Swords stakes a similar ambition. While it can be separated neatly into two parts, there’s the massive single edition if you’d prefer. 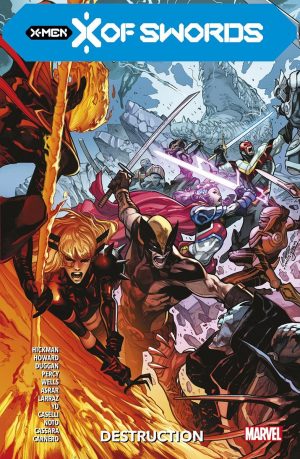 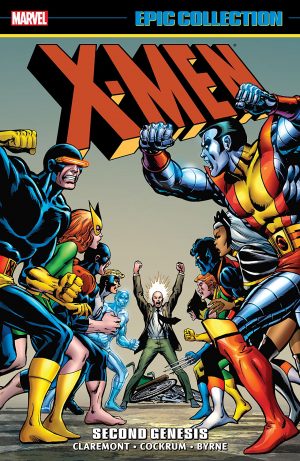