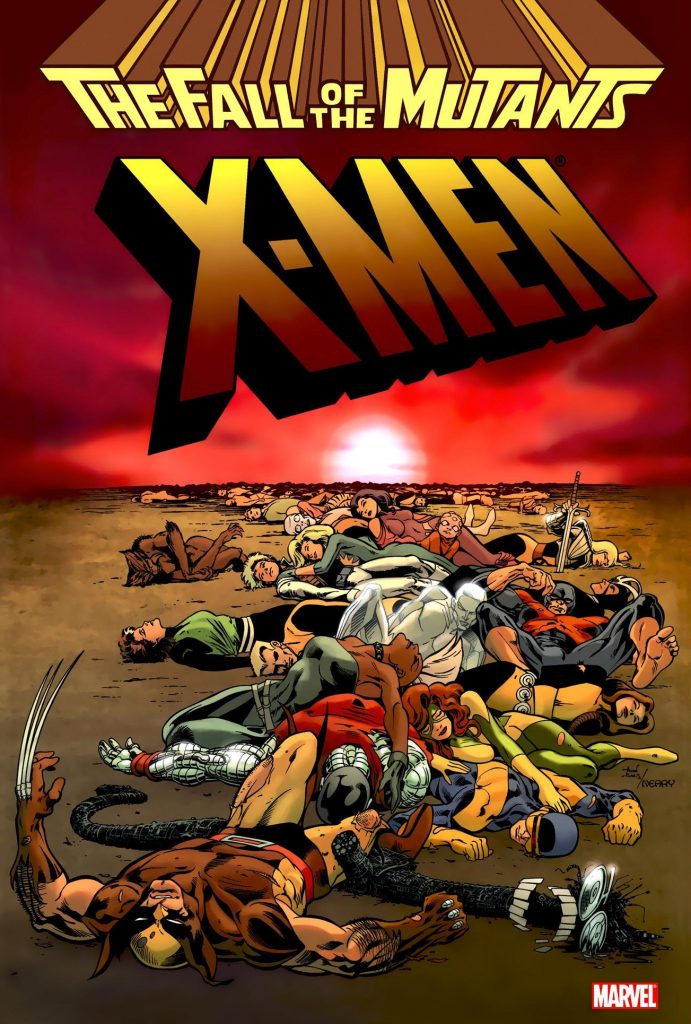 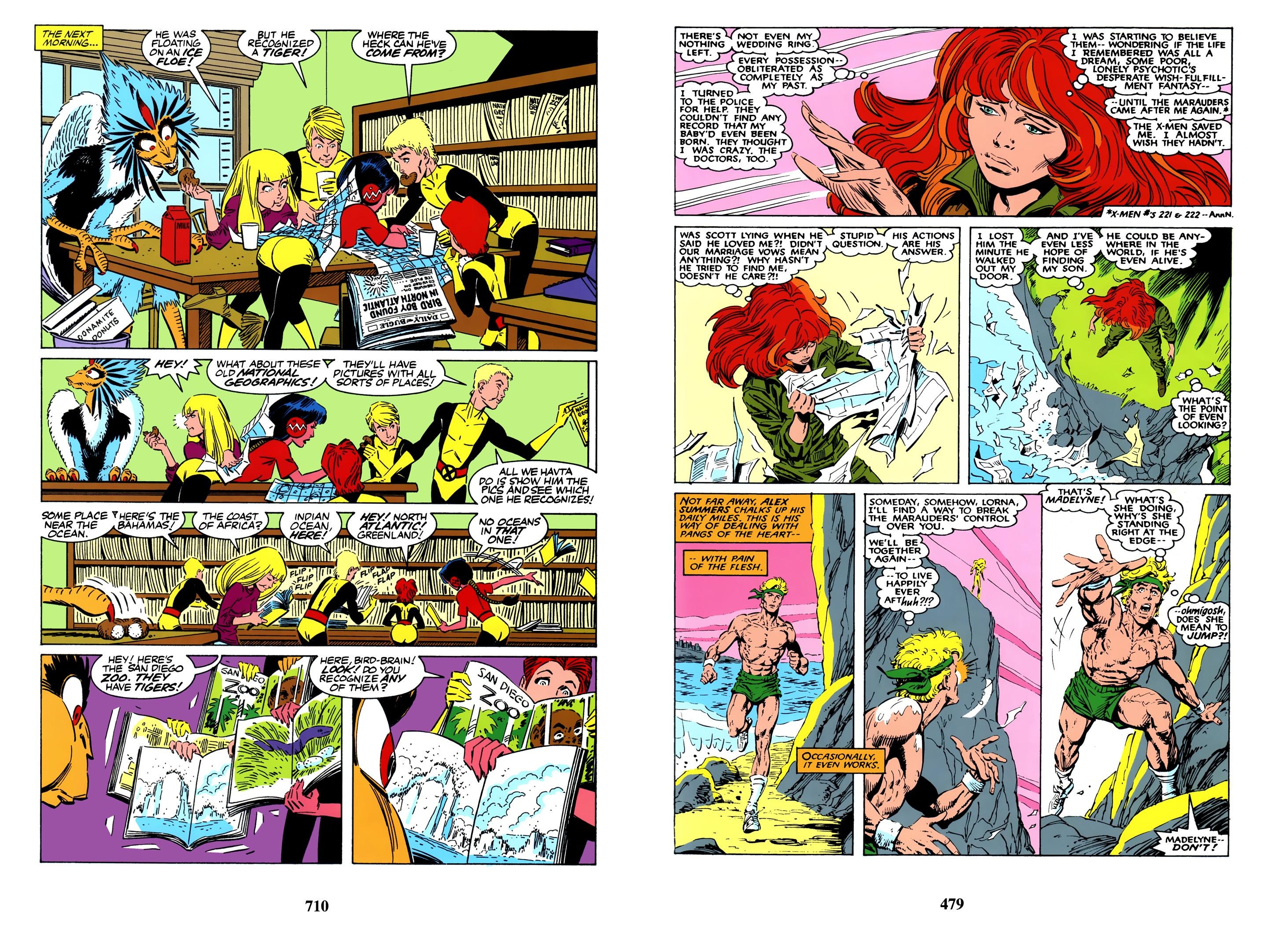 The Fall of the Mutants was a 1987 event in which significant changes were applied to what were then Marvel’s only mutant titles. This occurred over three issues of New Mutants, X-Factor and X-Men, and Marvel’s editorial department deserve some credit for ensuring these were changes with long term ramifications, not just Wolverine getting a new costume.

Expensive, oversize Omnibus editions are targeted at you if you thrilled to the content as a kid, and are now in your forties with a large disposable income. If you fit that profile, Marvel have done you proud by adding over a dozen preceding issues to the core ‘Fall of the Mutants’ three-parters, and backing that up with dips into titles where either X-Factor paid a visit (Fantastic Four, Hulk, Power Pack) or the machinations of Apocalypse are having an effect (Captain America, Daredevil).

Louise Simonson writes more of the content than any other writer, handling the X-Factor, New Mutants and Power Pack contributions. The plots are good, ambitious, and sometimes still surprising, but she writes in the style of the time, with characters constantly explaining themselves, assessing each other and keeping the audience informed. It’s strained, and while intended as super-realistic in getting under someone’s skin, it’s now anything but. Walt Simonson draws the X-Factor story efficiently without great leaps into the amazing that he’s provided elsewhere, while Bret Blevins (sample spread left) on the New Mutants is very good bar some sometimes very strained expressions and strange proportions. June Brigman also supplies an attractively elegant New Mutants chapter. Their story revolves around the almost surreal Bird Brain, and is the best of the book.

Chris Claremont and Marc Silvestri produce the X-Men content, and that writing’s also very much of its era, not reading well today. Again, the plotting has its moments, with Storm needing to regain her powers and put things right with Forge, having already made quite the surprising suggestion as to the X-Men’s future. There’s also an infallible prophecy that they’ll die, and Claremont takes the easy route in resolving that. Artistically it’s interesting to see Silvestri (sample spread right) take steps toward what became his signature style, as by his final issue he’s begun to thin and stretch his figures. Todd McFarlane on the three Hulk chapters is also progressing his style, not yet hyper-exaggerated, and Peter David’s scripts make these the best of the associated material, although Ann Nocenti and John Romita Jr’s Daredevil story also works well. Don’t get your hopes up for Captain America or the Fantastic Four.

Overall, you have to have thrilled to the content at the time to want The Fall of the Mutants Omnibus. Any present day X-Men fan will view it as a prehistoric artefact.

At a list prince a cent shy of $100 the expectation should be that any minor sloppiness has been caught in production. Articles synopsise events leading up to the first reprinted issue of three titles, each of them riddled with typos and errors. Originally the covers to the core Fall of the Mutants issues formed a tryptich, and the New Mutants one in particular is badly joined together. These obviously aren’t deal killers, but disappointing nonetheless.

If you want to read the story, easier on the pocket versions are available. The core nine chapters over three titles were published in a 2002 paperback The Fall of the Mutants, and this expanded edition has since been split over two trade editions, logically enough, volume one and volume two.