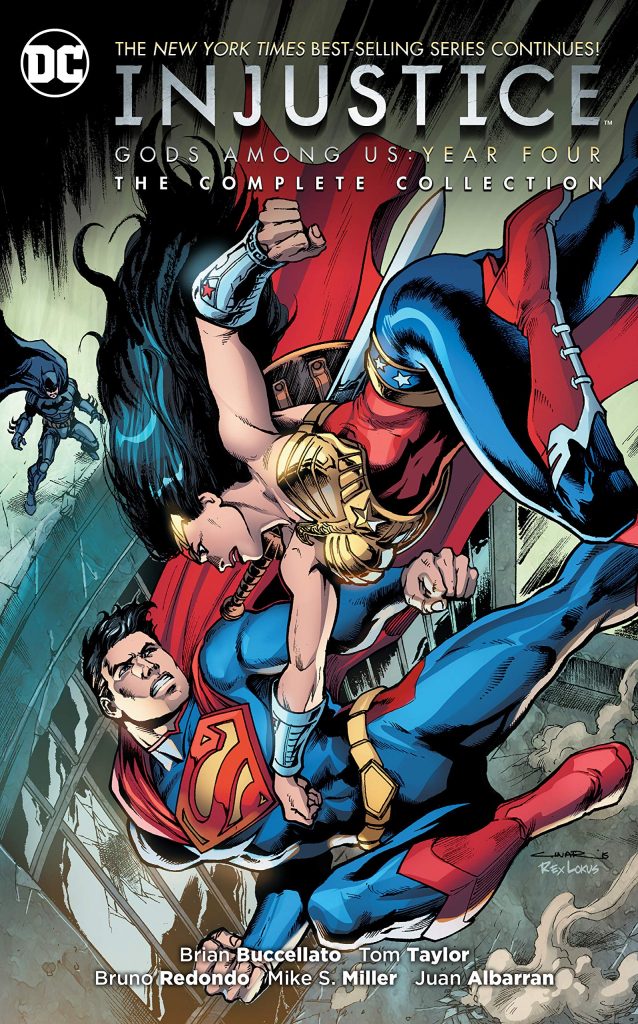 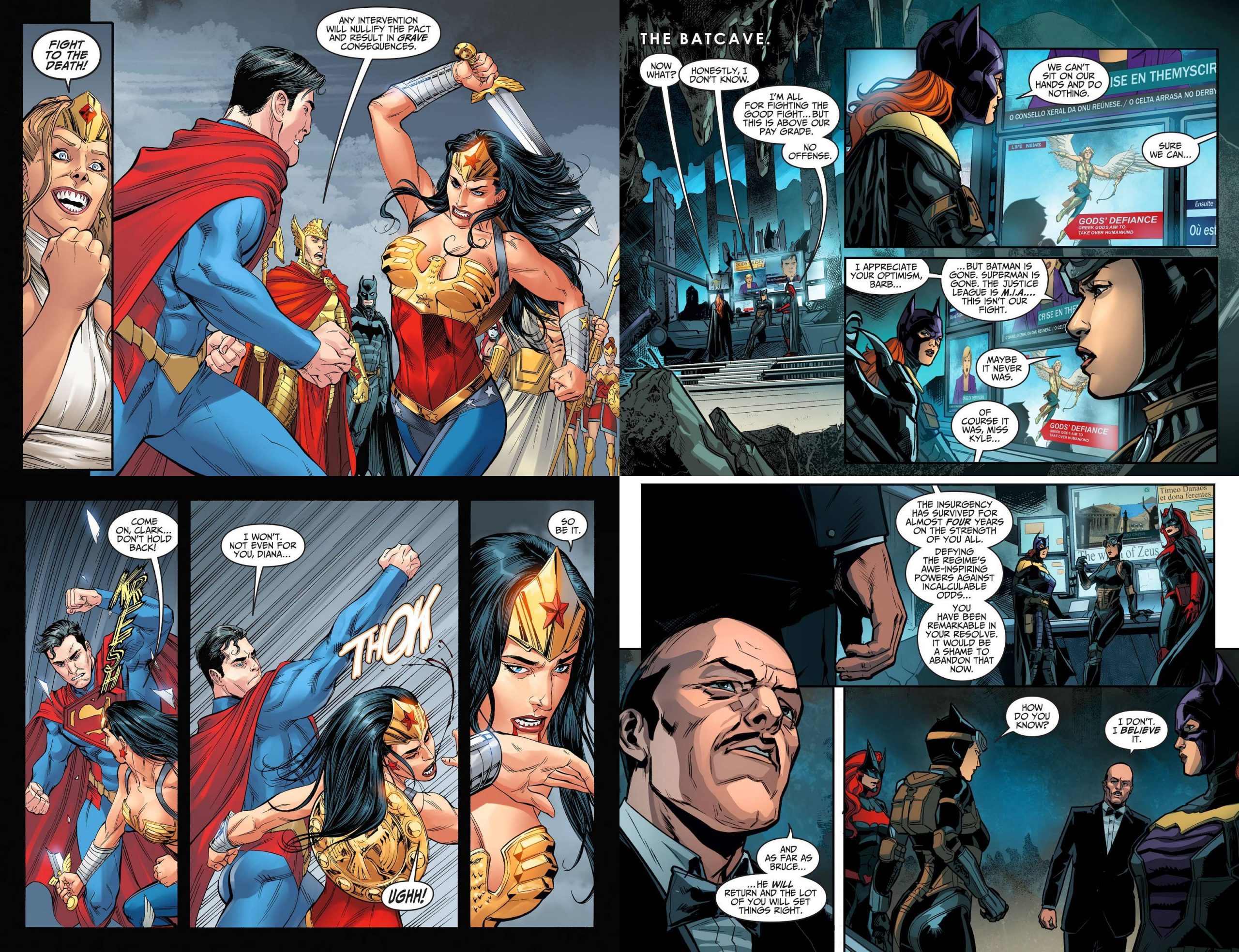 Brian Buccellato began writing Injustice: Gods Among Us midway through Year Three, where he inherited plots already in motion needing resolution. Year Four, then, is where Buccellato sets the agenda. In technique at least he follows Tom Taylor’s methods closely, avoiding linear storytelling by introducing surprises, then explaining how they came about. There’s also the idea of a primary threat every year occupying the world Superman now rules with his allies. It’s the Greek Gods this time, more than powerful enough to take on Superman credibly, and certainly enough to force issues of allegiance in Wonder Woman.

As Year Four begins Superman is still brooding about his failure to deal definitively with Batman, who’s almost overthrown him twice. He’s becoming more distant and more arrogant. “The last thing you want to do is turn allies into insurgents”, Wonder Woman warns him. Batman has never been a happy camper, and his failure to bring an end to Superman’s reign is eating away at him also. While their views are polarised, their methods are increasingly close, and the opening chapter sees Batman making a partnership he’d never have considered in Year One.

As previously, Mike S. Miller (sample page left) is a primary artist, but Year Four features less Bruno Redondo and more Xermanico (sample right), with Tom Derenick the go-to artist for fill-in chapters. Redondo is the most effective, but they’re all good, with Xermanico’s figures sometimes a little too sharp and angular.

Buccellato has plot points hinge on people being true to themselves, Sinestro’s pivotal intervention an example, but overall he’s not as subtle with the characterisation as Injustice readers have been used to. All too often the dialogue is there to have the plot explained, rather than revealing anything about the speaker. The better touches are the strange relationship built between Harley Quinn and Billy Batson, and his interpretation of the Greek Gods, who’re characterised as a generally unpleasant and entitled bunch with little concern for humanity as they squabble among themselves.

Taylor only contributes the single story, but it’s a highlight, suspenseful and funny in introducing Plastic Man to the Injustice world. His first appearance is ridiculing the planet’s most powerful individuals in their own castle, and it brings home how strong Taylor’s dialogue is. “I’ll leave you all to your delusions of righteousness” Plastic Man says as he leaves Superman and company. The art’s a little weaker from switching from Redondo to Redondo laying out for Sergio Sandoval, but the story’s a gem.