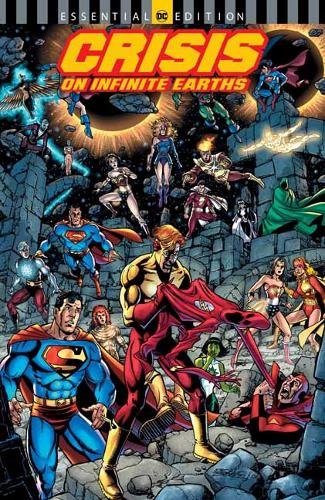 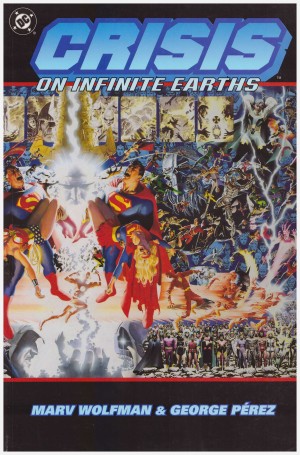 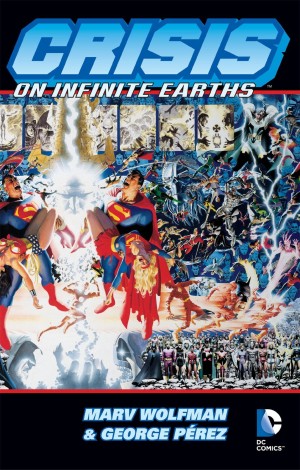 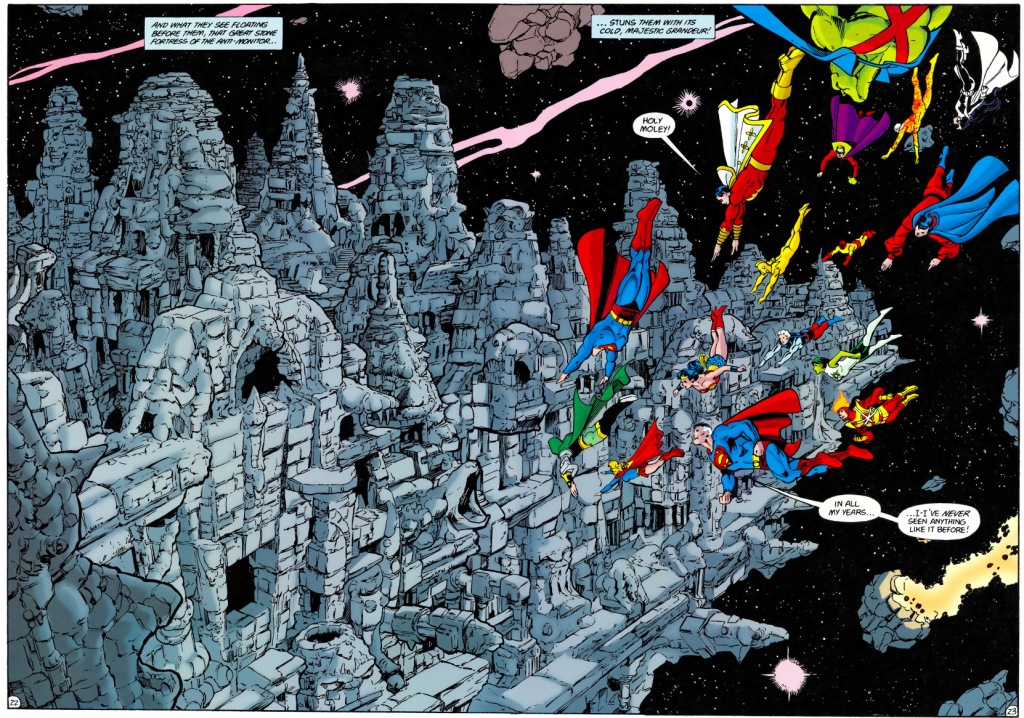 In the late 1950s DC started creating new superheroes based on their defunct 1940s characters, and when these succeeded it was decided to reintroduce the older versions, explaining that they existed in a parallel dimension. This was christened Earth Two, while the newer heroes lived on Earth One, despite logic dictating the reverse!

It was eventually considered that all those parallel universes with similar characters were confusing readers. Nonsense, of course, as it was this multiverse that made DC’s universe such an interesting tapestry, and their recent reintroduction has proved the point. If a ten-year old during the 1960s could understand the dual universes of Earths One and Two, why should a ten year-old in the 1980s find it confusing? One suspects it was the DC editors who couldn’t keep up! It was therefore decided to merge all parallel universes into one new definite DC Universe.

While this idea had all the hallmarks of a car-crash, it was nothing of the sort. Writer Marv Wolfman and illustrator George Pérez were DC’s hot creators thanks to their New Teen Titans, and helped along by inkers Dick Giordano and Jerry Ordway, they weaved an intricate plot featuring virtually every DC hero from the Stone Age (Anthro) to the far-flung future (Legion of Super-Heroes). Earths start to disappear and characters are displaced throughout time by the Anti-Monitor as he slowly destroys the multiverse. After an inter-dimensional struggle the Anti-Monitor is defeated, but not until the only surviving Earths, One and Two, are merged. Characters in action during both the 1940s and since, and thus existing as two versions, had their older incarnation removed. New characters were created while many minor – and at least two major characters, that had being around from the 1950s, were killed off to add drama.

Despite the death and destruction of the DC Universe, this was a magnificent effort with both creators at their very best. Wolfman barely missed anyone from DC’s vast line-up, new characters Harbinger and Pariah were central to the story, as was a revived and little-used villain, the Psycho-Pirate, whose memory is the sole repository of the old multiverse. And good use was made of other secondary characters, such as the Spectre, to pull together this rather complex tale.

While the story surpassed all expectations and remains a cracking read, it ultimately failed. Many were saddened by decades of continuity being abandoned, and DC has since instigated various reboots trying to sort out all the loose ends Crisis on Infinite Earths created. Now, thanks to Grant Morrison, the multiverse is back again – and not just at DC, as Marvel and Archie have got in on the act!

Putting all of that to one side, Crisis is still a template for producing an exciting superhero tale – and in that context, you should be in for a treat. If you don’t like the story, just appreciate the great art. It’s apparent this was a labour of love for Pérez, as he piles in the superheroes, and spectacle follows spectacle in his action packed panels.

A hardback version of Crisis is available with a brilliant slipcase illustrated by Pérez, and it also contains a separate informative compendium.